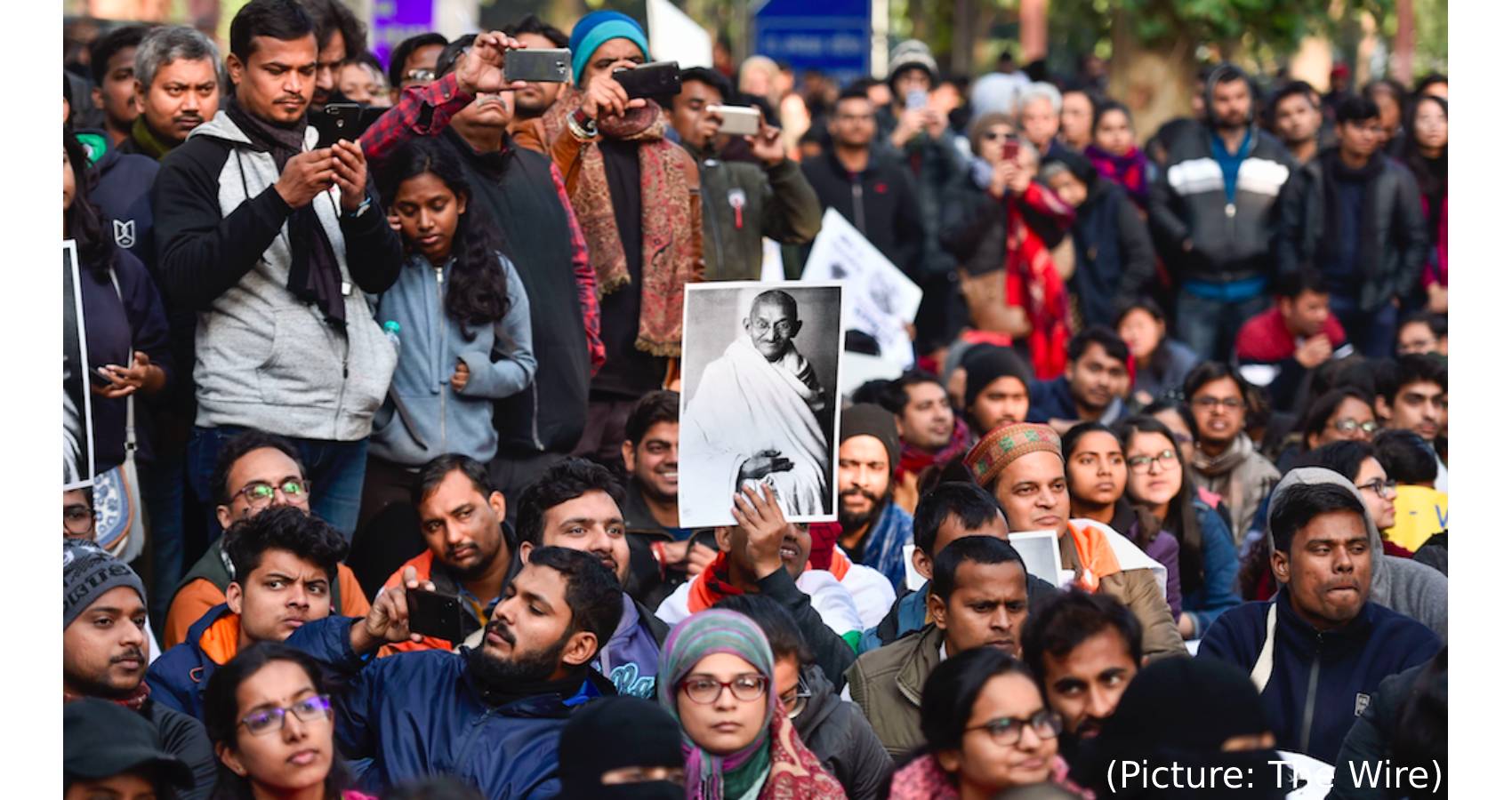 A group ofacademicnsia in the United States — scholars, activists and students of South Asian studies and adjacent fields — have formed the South Asia Scholar Activist Collective to fight back against what they called the threat to academic freedom from Hindutva groups. The homepage of the SASAC includes a “Hindutva Harassment Field Manual,” which is the Collective’s first project.

“The Hindu right has attacked U.S.-based scholars for the past few decades, attempting to dissuade and discredit academic research, and the assaults have intensified recently,” says an article explaining the rationale behind the Collective. “In the past year, one historian of South Asia here had his parents “swatted”; another scholar battles a lawsuit by a Hindu group that is a subject of her current research. Others in the field have received violent threats, sometimes prompting police involvement,” it goes on to add.

“Such hate seeks to undermine our genuine, nuanced research, which presents a vision of South Asian history, religions and cultures as multifaceted and pluralistic. In so doing our scholarship undercuts Hindutva’s project to remake India and Indian history.” “…The manual defines Hindutva and explains how its political ideology is distinct from the broad-based faith tradition of Hinduism. It covers common features of Hindutva attacks, including how such assaults are often coordinated and how Hindutva hate frequently intersects with other prejudices, including misogyny and casteism.”

Audrey Truschke, associate professor of History at Rutgers University, New Jersey, told indica News that she took the initiative to form the SASAC in the early spring on 2021. “Many of us have been targets of harassment by the Hindu Right for years; some of our colleagues have been targets for decades. Many of us have long provided support in individual cases and on an informal basis. The acceleration in Hindu Right attacks on academics over the past several years inspired me to participate in a more formal collective,” Truschke said.

“In some cases, I am aware of individuals who have orchestrated harassment campaigns against me, including ones that resulted in threats of violence against me and my family,” she said. “I have reported such individuals to law enforcement. Often, however, Hindutva attacks rely on anonymity and the illusion of widespread outrage that is manufactured, as the Hindu Harassment Field Manual covers in the Organized Harassment section,” she added. Another professor who is part of the collective is Rohit Chopra, who teaches at Santa Clara University in California. He said he used to have over 75,000 followers on Twitter but has been blocked for his free speech.

Chopra has written several books, including The Virtual Hindu Rashtra: Saffron Nationalism and New Media; Inter-religious Marriages Among Muslims: Negotiating Religious and Social Identity in Family and Community; and Technology and Nationalism in India: Cultural Negotiations from Colonialism to Cyberspace. He told indica News: “I used to get a lot of attacks from the Hindu Right; spam and Twitter trolling — such as ‘this person is anti-Hindu’, and far right propaganda. So, I have experienced this in a small way.”

He said that many non-Indian scholars get a lot of the far more vicious attacks. “What is happening now is completely one-sided,” he said when asked why he joined the Collective. “On the other side there are hundreds of individuals who write and give you death threats.” He cited the murders of journalist Gauri Lankesh and activists such as MM Kalburgi, Govind Pansare by far right groups in India.  Chopra took aim at the Hindu American Foundation, accusing it of claiming monopoly over the Hinduism. “This is deeply troubling, They are policing who can talk about Hinduism, they are policing what can be said. But who gave them the authority?” Chopra said.

“In that sense having this kind of a resource is a really important thing. It’s really welcoming,” said Chopra on the formation of the SASAC. He said, “I am not saying what scholars write should not be criticized, in fact freedom of expression is the heart of the university. If you look at the debates of the scholars they really get into the nitty gritty.” On the Indian-American support to right-wing groups, he said: “The hypocrisy is amazing if you want to vote for Joe Biden who supports secularism and minority rights, the right to freedom of worship in the American context and In the Indian context you want to deny religious and caste minorities those rights.”

He added: “So, resources offered at SASAC are going to help to combat well-orchestrated attacks that need some kind of organizational basis… These threats are every cleverly worded they’ll tweet: Hey if a professor has to die tomorrow, I won’t feel sorry.’ Not directly saying, ‘we will kill you’.”

Mat McDermott, senior director, communications, Hindu American Foundation defending on ‘claiming a monopoly on Hindu thoughts’ told the media, “HAF does not at all claim a monopoly on Hindu thought, nor believe we are the gatekeepers on who gets to comment on Hindusim. While we do take issue with the acdemic conclusions and interpretations of some of the work done by members of the SASAC, that is the nature of academic freedom and free speech — both of which we support.” “Expressing differences of opinion is not the same as attempting to stifle academic inquiry and is certainly not harassment, which is something HAF has never taken part in not has encouraged any of our supporters to do. Any accusation or insinuation that we have done so is categorically false,” McDermott said.