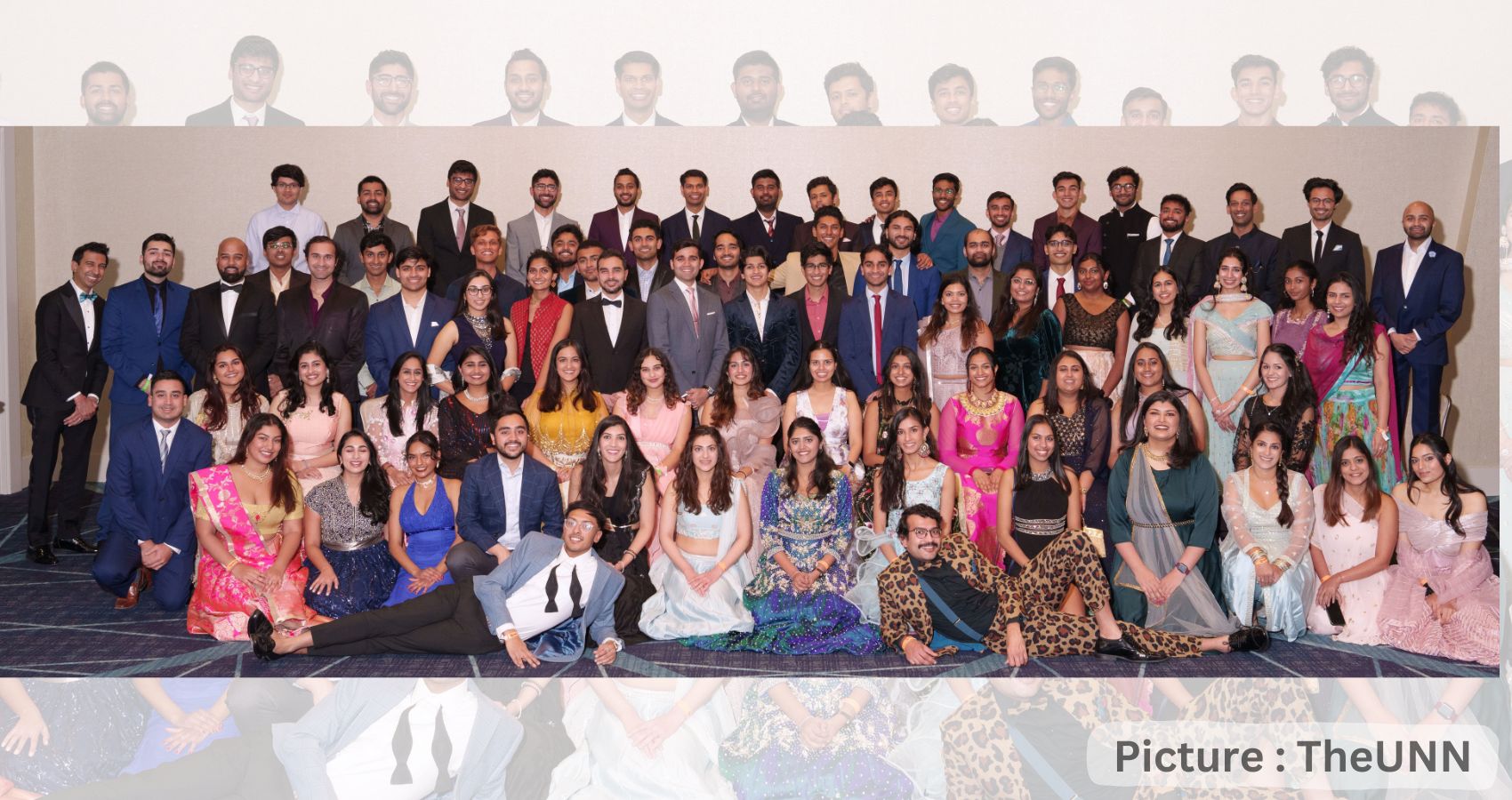 The Maheshwari community of Rajasthan came together this Thanksgiving weekend to relive their culture and connect with each other at the 11th International Maheshwari and Rajasthani Convention (IMRC). The well attended event was hosted by the Southwest chapter of MMNA (Maheshwari Mahasabha of North America) and held at the Marriott Marquis in downtown Houston. The convention was kicked off by Convenor Sharad Mantri, National President Abhilasha Rathi, BOT Chair Ghanshyam Heda and Co-convenors Archana Bhakkad and Sanjay Jajoo. Guests of Honor included Shailesh Lodha, Dr Ruma Devi, Kartikeya Baldwa, Dr. Renu Khator and the Consul General Aseem Mahajan.

The convention was packed with several highlights such as a trip to the ranch, Ghoomar dances, creative breakout sessions, musical night, Mahasangram, Mahesh Tank, professional networking, Children’s Talent show, Matrimony sessions, Diet Planning and Yoga sessions.  This was the effort of nearly 150 volunteers who worked tirelessly for the last six months to prepare for the event.

Thanksgiving Eve, November 24, marked the beginning of the celebration. A cultural show by the southwest chapter featured more than 115 people who performed several Rajasthani festivals through drama and dance. “Ristey-Reet-Riwaj” was the theme of the performance. The opening ceremony was kicked off by a graceful Ghoomar dance performed by over 40 ladies. MMNA National President Abhilasha Rathi welcomed the guests and appreciated the volunteers by saying “Kuch samay pahle aisa laga keh hum sab thodi der ke liye Rajasthan pahuch gaye hai, itna sundar ghoomar IMRC ki opening ceremony meh pehli baar hi dekha hai. I feel fortunate to be part of the MMNA pariwar and proud to be a Rajasthani Maheshwari!” (It felt like I was in Rajasthan. Rarely has such a beautiful Ghoomar dance been performed)

Convenor Sharad Mantri expressed his delight at the event’s success with over 900+ attendees from all over the world. This convention, he revealed, “made history by involving every age group from toddlers to seniors and created positive vibes in the youth for IMRC.” The Education Foundation of MMNA also raised $115,000, he added.

“Mahasangram” – the conflict between generations generated a great deal of interest and dealt with issues such as family values and the relations between parents and children. Mahesh Tank saw entrepreneurs making business presentations to a panel of four investors. The MMNA Matrimonial Session announced the launch of a  mobile app to help Maheshwaris and Rajasthanis find their special someone. A silent auction was also held for the Rajasthani artwork submitted by the participants.

On Saturday, the entire convention moved from the hotel to a ranch. It was a picturesque day with everyone decked in cowboy attire showcasing Texan culture coupled with TexMex cuisine. The trip to the ranch with 770 plus attendees on 14 school buses was a unique and fun experience for all.

The Rajasthanis Abroad Youth Samaj (RAYS) was equally involved  and took the lead as emcees, coordinators,  and welcoming the attendees. RAYS President Sarika Malani noted that  around 200 youth members joined the activities which ranged from professional networking to card making for the Texas Children’s Hospital. This event re-invigorated the youth, and they were excited at being a part of the convention.” A RAYS member shared this comment “RAYS has given me a connection to Maheshwari culture and roots that no other platform has been able to provide in my life. Our RAYS group chat of youth members has been flooded with messages from new attendees all over the country talking about how incredible their first experience was!”

A live musical concert by a team of 14 performers from Niche Entertainment, India regaled the attendees on the Grand Gala Nite.  The event concluded on Sunday with the closing ceremony, annual awards, and volunteer appreciations. Sushma Pallod received the Lifetime Achievement Award for her selfless work and dedication to the community while Jitendra Muchhal and Padam Maheshwari received special recognition awards.

Sharad Mantri concluded the event by stating, “This grand event would not have been possible without the generous support of the donors and committed volunteers.” All MMNA life members were given a souvenir book as a keepsake of the event which included memories, articles, donor appreciation, interesting stories, artwork, and more from Maheshwaris all over  the world.

Authentic Rajasthani delicacies like Dal Batti and Churma were on the menu and catered by Maharaja Bhog in Houston. Each meal featured a delectable variety of cuisines from renowned vendors. The decorators did apt justice to the theme and created a lively Rajasthani ambience in the hotel.