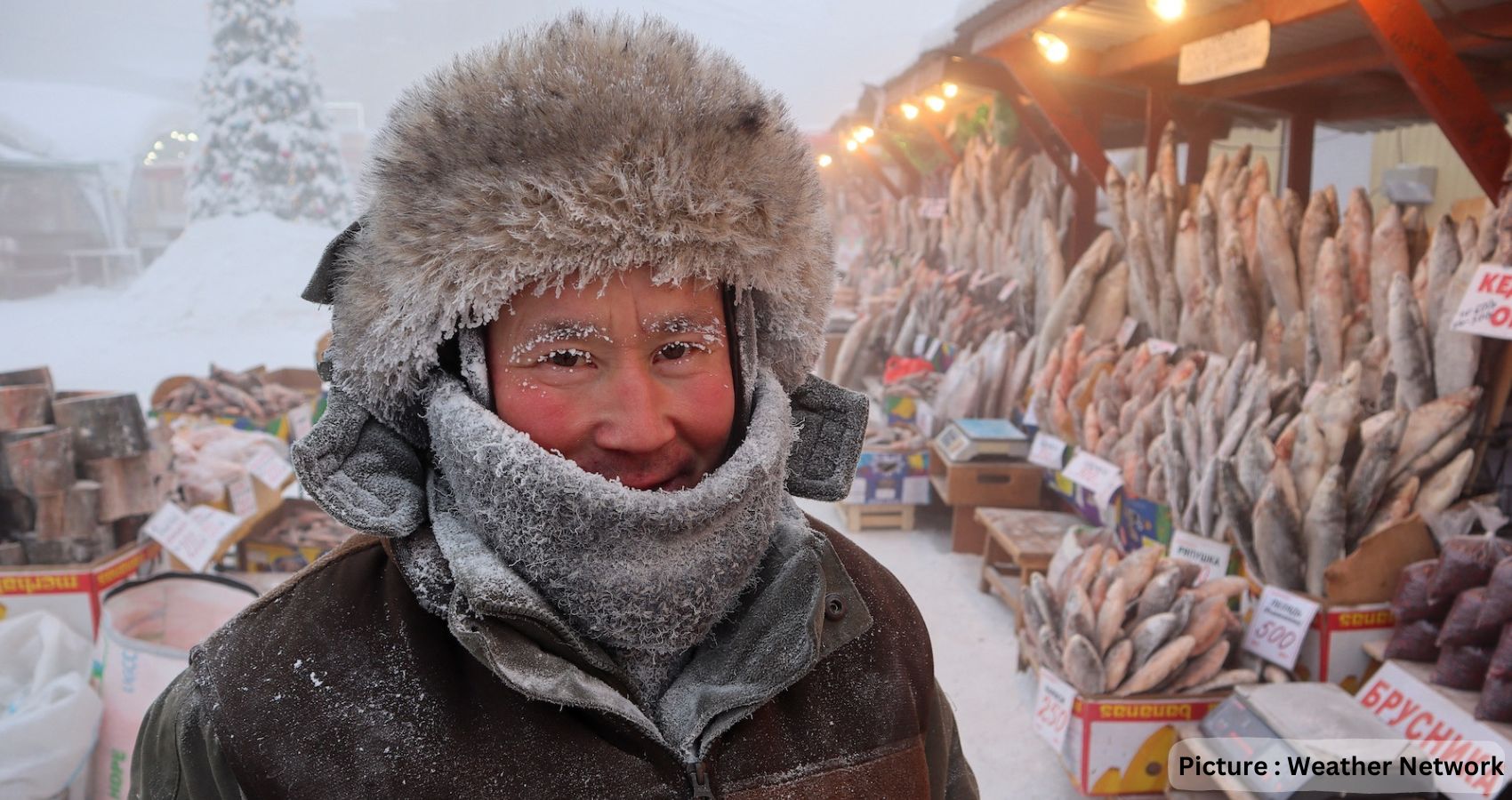 It’s been a big swing and a miss when it comes to a typical Canadian winter so far this season. In fact, without any major pattern changes, Canadian cities are on pace for the warmest winter on record.

As we creep towards the seasons’ halfway mark, you may be wondering where has winter gone? Don’t worry, it exists and it’s coming.

Per reports, an astonishing -62.4°C was recorded in Tongulakh, Siberia on January 14th. In addition to becoming Earth’s coldest temperature recorded in 2023, the all-time station record was broken in Tongulakh.

This was the coldest temperature Russia has experienced in over a decade. For perspective, this temperature is a mere 0.3°C from the average temperature on Mars and would freeze exposed skin in seconds.

In contrast, major cities across eastern Canada are pacing towards the warmest winter on record. Halifax would need a significant cold snap in the second half of this season to drop this winter’s average temperature by 1.5°C towards the warm winter record holder of 2015-2016.

Additionally, if Canada’s mild conditions continue, Toronto could see its first winter with an average temperature above freezing.

How could this be?

It all comes down to the global pattern. The core of the polar vortex has taken an extended vacation in Russia, ushering in this extreme cold and giving mild air across Canada a consistently winning hand.

The recent zonal Pacific jet stream has kept these conditions in place for a prolonged period, but long-range models hint that change is coming.

Closing out the month of January, the jet stream trends into an amplified pattern. This is a signal for a more active pattern and gives extreme arctic cold more opportunities to travel south over Canada.

Thought your winter was cold? Temperatures in the world’s coldest city have plunged to minus 50 degrees Celsius (minus 58 degrees Fahrenheit).

The city of Yakutsk in east Siberia, widely identified as one of the coldest places in the world, has seen an abnormally long cold snap. January is its coldest month and, although they’re accustomed to freezing temperatures, residents in the remote region are taking extra precautions to keep warm.

“You can’t fight it,” one resident dressed in two scarves and multiple layers of gloves, hats and hoods told Reuters. “You either adjust and dress accordingly or you suffer.”

Layering, according to another resident selling frozen fish at a local market, was the key. “Just dress warmly. In layers, like a cabbage,” she said.

In 2018, it got so cold that some residents said their eyelashes froze.

Home to fewer than 1 million residents, Yakutsk winters can be extreme — even by Russian standards.

But the city drew international attention in July when haze from nearby wildfires tore through forests, blanketing the region in thick smoke.

Scientists expressed grave concerns about the increasing frequency of the fires brought about by climate change in the Siberian arctic.