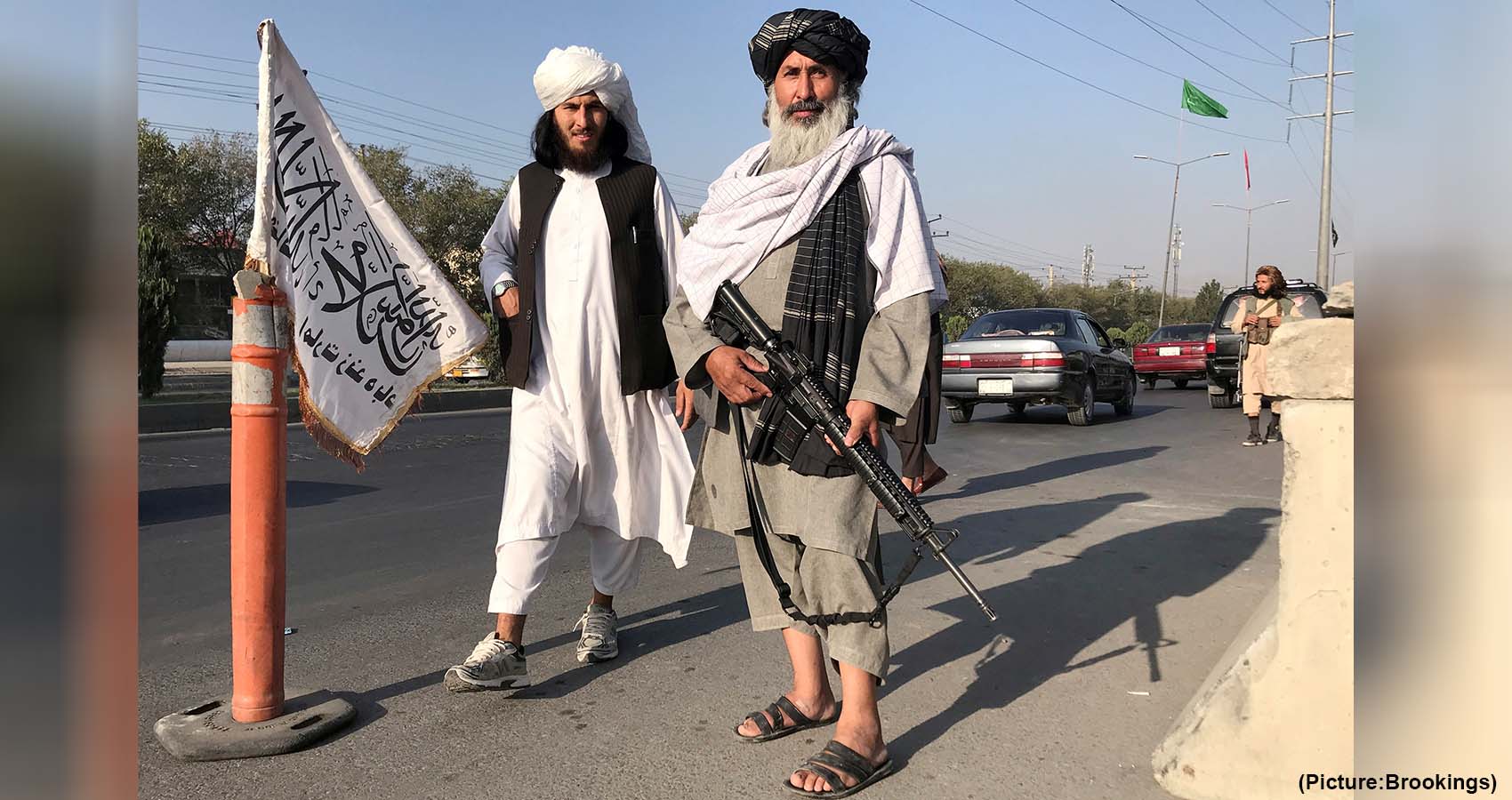 That the Taliban is back is power in Afghanistan on the 20th anniversary of 9/11 is immensely painful to the United States, NATO, and many Afghans. In 2001, the U.S. overthrew the Taliban regime to defeat al-Qaida, a goal it largely accomplished. But the U.S. also sought to vanquish the Taliban and leave behind a pluralistic, human-rights-respecting, and economically-sustainable Afghan state. It failed in those objectives. There were plenty of mistakes and problems with the international efforts, but most importantly the United States never succeeded in inducing good governance in Afghanistan or persuading Pakistan to stop its multifaceted support for the Taliban. Afghan leaders constantly put their parochial and corrupt self-interests ahead of the national one. The misgovernance rot hollowed out even the Afghan security forces which the U.S. spent 20 years constructing at the cost of some $88 billion. But will the Taliban be able to maintain itself in power? The answer depends on how it handles and prevents armed opposition to its rule and manages the country’s economy and relations with external actors. 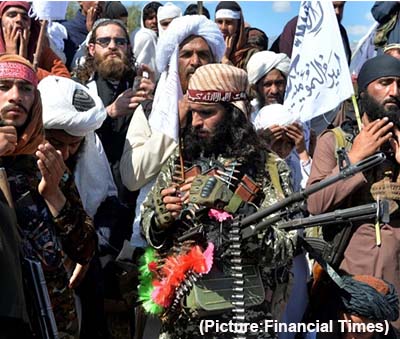 The most significant threat to the Taliban regime could come from within. The Taliban’s success as an insurgency rested on its ability to remain cohesive despite NATO efforts to fragment the group. But the group’s challenge of maintaining cohesiveness across its many different factions of varied ideological intensity and material interests is tougher now that it is in power. The factions have disparate views about how the new regime should rule across just about all dimensions of governance: inclusiveness, dealing with foreign fighters, the economy, and external relations. Many middle-level battlefield commanders — younger, more plugged into global jihadi networks, and without personal experience of the Taliban’s mismanaged 1990s rule — are more hardline than key older national and provincial leaders.

Besides juggling those different views on policy, the Taliban will also need to ensure that its key commanders and their rank-and-file soldiers retain enough income not to be tempted to split off. Indeed, a key element of the Taliban’s blitzkrieg this summer was its bargaining with local militias and national powerbrokers, promising them that the Taliban would allow them to maintain some access to local economic rents, such as mining in Badakhshan and logging in Kunar.

Possible defections of Taliban factions or foreign fighters in Afghanistan could boost the Taliban’s principal rival, the Islamic State Khorasan (ISK), whom the Taliban has battled for years. The ISK cannot currently bring the Taliban regime down. But it could become an envelope for any future defections. Already, core ISK elements are former Taliban commanders whom the group’s prior leader, Mullah Akhtar Muhammad Mansour (killed by the United States in 2016), expelled because they were too brutal, too sectarian, and too independent. ISK provides several other significant challenges to the Taliban.

In areas that it has ruled in recent years and during its 1990s regime, the Taliban’s principal claim to performance-based (as opposed to ideology-based) legitimacy has been its ability to deliver order and suppress crime and conflict — a brutal order, but a tight and predictable one. If it fails to prevent bloody ISK urban attacks, like the one that killed 13 U.S. service members and over 160 Afghans on August 26, that claim will weaken. Persisting violence would also deter China’s economic investments in Afghanistan, as it did (along with Afghanistan’s corruption) over the past decade. Yet the Taliban wants and needs Chinese money.

Frequently attacking Afghanistan’s Shia Hazara minority, ISK has sought to instigate a Sunni-Shia war in Afghanistan, something Mullah Mansour wanted to avoid. If the Taliban fails to control these attacks, its improved relations with Iran could deteriorate — something all the more likely if the attacks set off runaway sectarian fighting that sucks in Taliban factions. If the Taliban does not prevent the leakage of anti-Shia terrorism into Iran — from Taliban factions, foreign fighters, or ISK — Iran could attempt to activate its Fatimiyoun units in Afghanistan. The Fatimiyoun are Afghan Shia fighters, numbering the tens of thousands, whom Iran trained and deployed to fight in Syria and Libya. Having returned to Afghanistan, they could battle the Taliban’s rule. These future threats are far more potent than the currently small, weak, divided, and encircled anti-Taliban opposition of Ahmad Massoud and Amrullah Saleh in the Panjshir Valley.

In its shadow governance, the Taliban effectively delivered order and enforcing rules, such as ensuring that teachers showed up to teach when it allowed schools to operate and that government employees did not steal supplies from clinics. The Taliban also got much political capital from delivering swift, not corrupt, and enforced dispute resolution (and from protecting the poppy economy.) And it has excelled in taxing economic activity in Afghanistan, legal and illegal — from NATO supply trucks to government aid programs, drugs, and logging.

But it has no experience with or technocratic capacity for delivering or even just maintaining other existing services such as electricity or water delivery, let alone tackling complex issues like setting macroeconomic policies or addressing droughts. To maintain service delivery and at least stumble through those higher-level policy challenges, it needs technocrats and foreign assistance, both advisory and on the ground, such as in the form of humanitarian NGOs. If its rule centers on purges and revenge, of which distressing reports have emerged, the technocrats will continue to flee. The Taliban can only pressure them so much to work under duress.

Moreover, if the Taliban rules very brutally, international actors will maintain sanctions on the group and perhaps intensify them. Countries and businesses seeking to legally engage with the Taliban’s Afghanistan would be deterred from doing so. Unless humanitarian exceptions from the sanctions are guaranteed, even NGO work could grind to a halt.

The Economy and the region

Currently, the Taliban regime faces the loss of billions of dollars that had been allocated to Afghanistan — from the International Monetary Fund, the World Bank, the U.S., and the European Union — while the country’s central bank reserves held in the U.S. were frozen by the U.S. government. The country’s illegal and informal economies can only offset a part of those losses. The Taliban cannot simply double its poppy economy — the global market is already saturated with opioids, including synthetic ones. Banning poppy cultivation, to deliver on its promise to make Afghanistan drug free, would be enormously explosive socially. Beyond immiserating already desperately poor people hit by COVID-19, drought, and economic contractions in a country where 90% of people live in poverty and 30% are acutely food insecure, such a ban would also eliminate income for Taliban middle-layer commanders and rank-and-file fighters.

Even without a ban, the Taliban will struggle to find jobs for the many now-unemployed soldiers of the Afghan security forces whom the United States paid. Even if half of the nominal force were “ghost soldiers” or are dead and, say, only 150,000 soldiers actually fought, they are now a loose force without income for themselves and their families. They melted before the Taliban; but in time they may resort to banditry or be tempted to join old or new militias, if only to get economic rents.

And preserving the Taliban’s income from trade with Iran, China, and Central Asia, which has brought the group hundreds of millions of dollars in informal taxes, depends on whether the Taliban can accommodate Tehran, Beijing, and Moscow’s principal counterterrorism interests, which they judge far more important than any economic opportunities Afghanistan offers. If terrorism leakages are extensive, only Afghanistan’s trade with Pakistan may survive. Moreover, outside of the West, only China and the Gulf countries have potentially deep aid pockets for anything beyond humanitarian issues. Iran is bankrupt. Pakistan has been providing military and intelligence aid, but its own economy hovers in and out of dire straits.

Pakistan may find its triumphalism over the Taliban’s victory souring quickly. Now in power, the Taliban will be eager to loosen Pakistan’s yoke from its neck and deepen the diversification of its external relations. The Afghan Taliban’s victory may give a boost to Pakistan’s own Taliban militants. Other countries will continue to seek to enlist Pakistan as a broker to moderate the Taliban’s behavior and be dissatisfied when Islamabad doesn’t succeed.

These various challenges ahead do not mean that the West can easily topple the Taliban regime through sanctions or induce it to preserve the political pluralism and human and women’s rights as they existed — at least formally — over the past 20 years. Propped up by illicit and informal economies and taking advantage of deep divisions among international actors, brutal regimes can exist for years even with shattered economies — see North Korea, Iran, Venezuela, or Myanmar. Blanket Western sanctions and isolation will only worsen the terrible suffering of the Afghan people. Instead, the West’s bargaining and engagement with the Taliban should focus on specific demands, such as reducing the most debilitating repression, and center on discreet and specific punishments and inducements for concrete policy actions in what will be a long, complicated, iterative, and turbulent process.