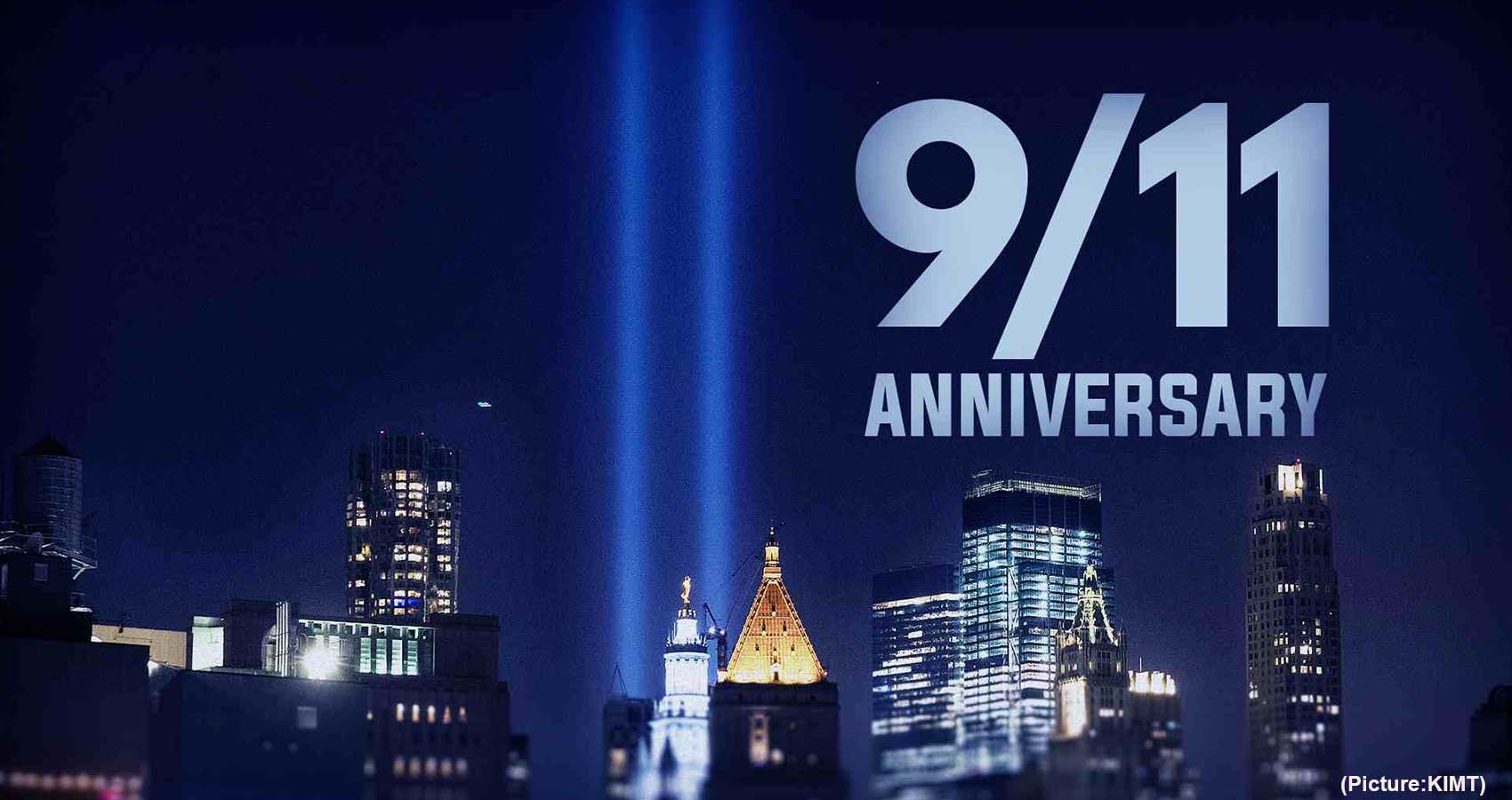 TUESDAY SEPT 11, 2001- Till that day, America was different from what we see today. Then, we had been going through a peaceful life, respecting each other, whether white or black, refugee or expatriate – all enjoyed equality and freedom. As usual, on that day, we were holding a departmental Core Committee session in the medium-sized Conference Hall, and my boss, the VP of Finance, was keenly looking on the screen; the presentation on internet security, I was briefing just then. “Mathew, stop, stop,” my boss holding his mobile phone, was screaming. I thought something was wrong with my PowerPoint presentation. Finally, somebody switched off the overhead projector. My colleagues looked at each other, and the silence was so scary.

My boss stood up to say that our nation is on the attack! The big TV was switched on, and the horrible video of a plane hitting some tall towering building that slowly crumbled down frightened everyone. “ Oh my God, Pearl Harbor tragedy is repeating,” and the oldest lady in our group screamed and fainted. Within few breathtaking moments, I started to understand that few planes were hitting some tall buildings in and around New York. We visited New York and stood below the Twin Towers exactly seven days earlier. Fear crept into my nerves to squeeze my tiny brain with dreaded imaginations. After a few minutes, the only thing I could do was to call home and ensure that my wife and son are fine. Even after twenty years, sometimes, that frightening memories of the fateful day haunt me.

America could never sleep peacefully; the country’s security was at risk. So America chased terrorists and governments fostering instability and terrorism. We heard our President repeating his promise that nations with WMD (Weapons of Mass Destruction) will be brought under Justice. America and its faithful allies combed the aisles and trenches of Iraq, and their Chief Saddam Husain was smoked out like a rat and hanged. Later the alleged real brain behind the 9/11 attack Bin Laden, was caught. “U.S. Special Forces took him out during a raid on the compound in Abbottabad, Pakistan, where he and some of his family were hiding out. After identifying his body, the military brought him aboard the USS Carl Vinson and buried him in the northern Arabian Sea the same day”.

There are personal memories and cultural memories and political memories, and even as its echoes are still shaking the foundations of our system. History of that is evident in the events just happening in Afghanistan, where a 20-year war waged in direct response to 9/11 ended pretty much where it began: with the repressive and violent Taliban took charge once again. While memory slowly becomes history, it can fade its fierceness, like the river banks are eroded in the avalanche of horrible events flow in due course.

Twenty years have passed since a perfect blue sky morning turned into the blackest of nights. Since then, we’ve lived in sunshine and shadow, and we are sometimes on the roller coaster of unexpected events too. And when our nation pauses to remember the morning 20 years ago when it was attacked, it is still a horrible memory, looking around and wondering that history should never repeat.

Nearly one-fifth of the country is now too young to remember firsthand the day that changed everything in America and other powerful nations. The attacks of September 11th were intended to break the American unity and spirit. Instead, Americans emerged more robust and more unified. It is worth now to read what Joe Biden stated years back: “We didn’t crumble after 9/11. We didn’t falter after the Boston Marathon. But we’re America. Americans will never, ever stand down. We endure. We overcome. We own the finish line.”