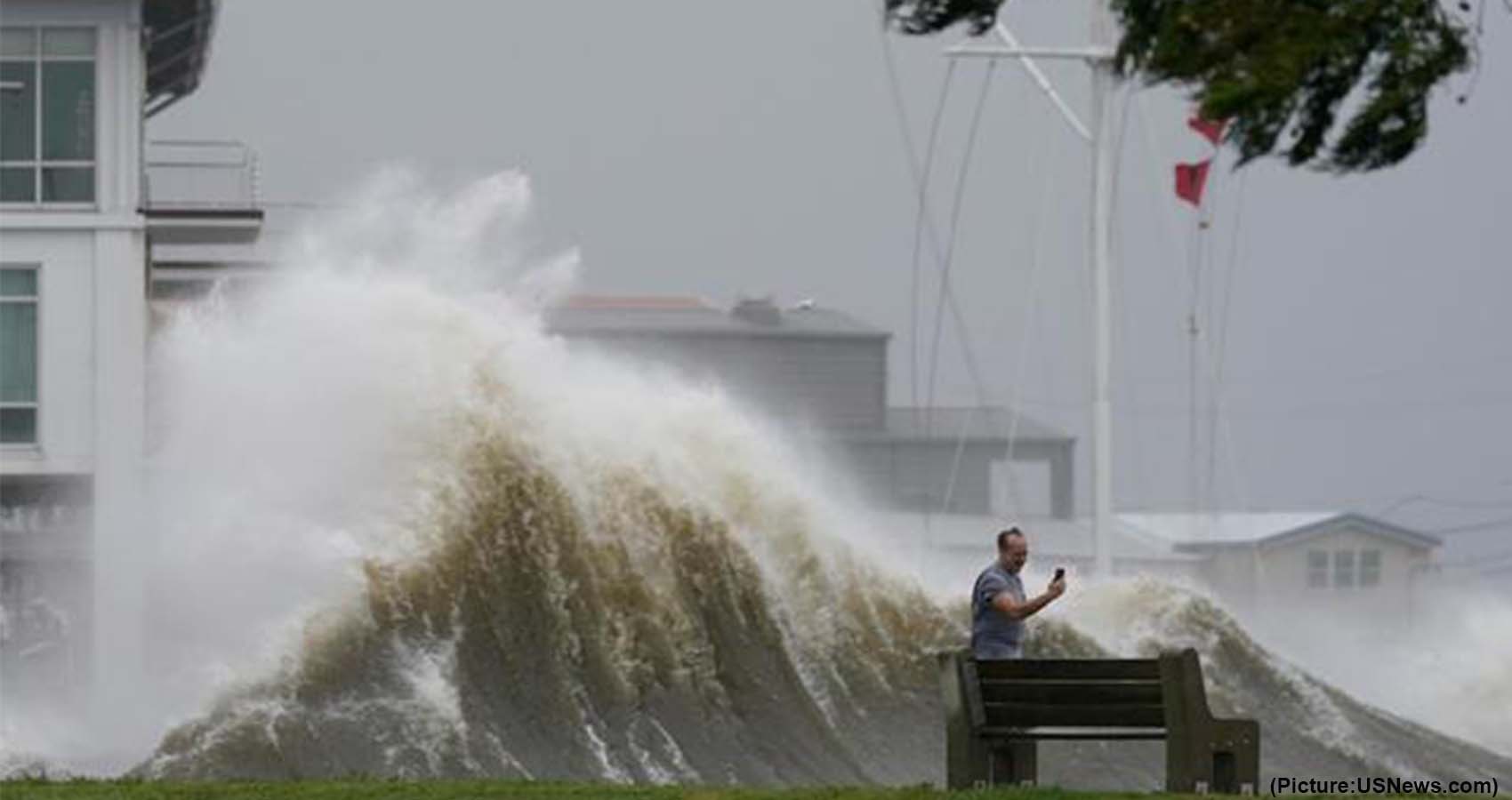 From Louisiana to New York, communities are trying to piece lives back together more than a week after Hurricane Ida slammed into the Gulf Coast on August 29th. Heavy rains, devastating winds, flooded streets, death and destruction all around—the horrific conditions are being experienced by millions of Americans in nearly a dozen coastal states as Ida continued to play havoc last week. Ida made landfall on the anniversary of Katrina, the dangerous Category 3 storm that devastated Louisiana and Mississippi 16 years ago, killing more than 1,800 people and causing $125 billion in damage. 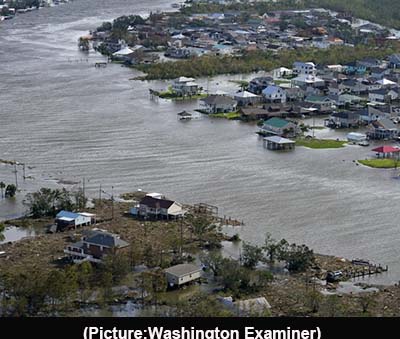 Hurricane Ida roared ashore in Louisiana on Sunday at Category 4 strength, with maximum sustained winds of 150 mph. In fact, as the eyewall of Ida hammered the Louisiana coast, a ship about 50 miles south-southwest of New Orleans clocked a peak wind gust of 172 mph, which is just shy of the strongest measured wind from a hurricane in the US. Ida was downgraded to a tropical storm moved farther inland over southeastern Louisiana and into southwestern Mississippi, the National Hurricane Center said.

As of early Monday last week, more than 1 million Louisiana utility customers are without power, according to PowerOutage.us. On Sunday evening, New Orleans said the entire city lost power after “catastrophic transmission damage.” Four deaths have been confirmed in Louisiana as crews began fanning out in boats and off-road vehicles to search communities cut off by the giant storm. A man was also missing after apparently being killed by an alligator. Even though Hurricane Ida was most devastating in Louisiana state and its neighbors in the south where entire localities were totally destroyed, its deadliest human toll was in the New York region where at least 42 people were killed — 25 in New Jersey, 16 in New York City and one in Connecticut.

A stunned U.S. East Coast faced a rising death toll, surging rivers and tornado damage on September 2nd with record-breaking rain, killing at least 46 people in their homes and cars. As many as 23 people died in New Jersey, Democratic Gov. Phil Murphy said. At least 13 people were killed in New York City, police said, 11 of them in flooded basement apartments, which often serve as relatively affordable homes in one of the nation’s most expensive housing markets. Suburban Westchester County reported three deaths. Officials said at least five people died in Pennsylvania, including one killed by a falling tree and another who drowned in his car after helping his wife to escape. A Connecticut state police sergeant, Brian Mohl, perished after his cruiser was swept away. Another death was reported in Maryland.

Four people of Indian origin and a Nepali family of three have died in New York from the flooding caused by Hurricane Ida. Phamatee Ramskriet, 43, and her son Krishah, 22, drowned when their basement flat flooded in New York City on September 1. Mingma Sherpa, 48, and Ang Gelu Lama, 52, and their infant son Lobsang Lama, 2, also drowned when the waters from the record-setting downpour in the city inundated their basement flat. In neighboring New Jersey, Malathi Kanche, 46, drowned after she was swept away when her car stalled on a flooded road. Also in New Jersey, Danush Reddy, 31, was sucked into a 36-inch sewer pipe by the floods.

Ida’s soggy remnants merged with a storm front and soaked the Interstate 95 corridor, meteorologists said. Similar weather has followed hurricanes before, but experts said it was slightly exacerbated by climate change — warmer air holds more rain — and urban settings, where expansive pavement prevents water from seeping into the ground. The National Hurricane Center had warned since Tuesday of the potential for “significant and life-threatening flash flooding” and major river flooding in the mid-Atlantic region and New England.  Still, New York Gov. Kathy Hochul and New York City Mayor Bill de Blasio said the storm’s strength took them by surprise.

“We did not know that between 8:50 and 9:50 p.m. last night, that the heavens would literally open up and bring Niagara Falls level of water to the streets of New York,” said Hochul. New York City’s Central Park ended up getting 3.15 inches in just one hour, surpassing the previous one-hour high of 1.94 inches (5 cm) during Tropical Storm Henri on Aug. 21. Wednesday’s storm ultimately dumped over 9 inches (23 cm) of rain in parts of New Jersey, Pennsylvania, Massachusetts and Rhode Island, and nearly as much on New York City’s Staten Island.  In Washington, President Joe Biden assured Northeast residents that federal first responders were on the ground to help clean up.

In New York, nearly 500 vehicles were abandoned on flooded highways, garbage bobbed in streaming streets and water cascaded into the city’s subway tunnels, trapping at least 17 trains and disrupting service all day. The National Weather Service said the ferocious storm also spawned at least 10 tornadoes from Maryland to Massachusetts, including a 150-mph (241 kph) twister that splintered homes and toppled silos in Mullica Hill, New Jersey, south of Philadelphia. Record flooding along the Schuylkill River in Pennsylvania inundated homes, highways and commercial buildings, even as meteorologists warned that rivers likely won’t crest for a few more days. The riverside community of Manayunk remained largely under water.

The Schuyilkill reached levels not seen in over 100 years in Philadelphia, where firefighters were still getting calls about minor building collapses and people stuck in flooded cars Thursday morning. The managers of a 941-unit apartment complex near the river ordered residents to evacuate, citing “deteriorating” conditions after water rushed into the parking garage and pool areas. Due to climate change, destruction like that seen in both the Gulf and East Coast from extreme weather will be “our new normal,” Federal Emergency Management Agency Administrator Deanne Criswell warned Sunday. “This is the crisis of our generation, these impacts that we are seeing from climate change, and we have to act now to try to protect against the future risks that we are going to face,” Criswell said during an interview on Sunday morning.

After surveying the damage in Louisiana Friday, President Joe Biden will travel to New Jersey and New York on Tuesday to assess the impact on the East Coast, where the storm claimed the lives of at least 50 people. Mayor of Paterson in New Jersey, André Sayegh lamented the destruction, telling CNN, “As if a once in a century virus wasn’t enough, we had a once in a century storm.”