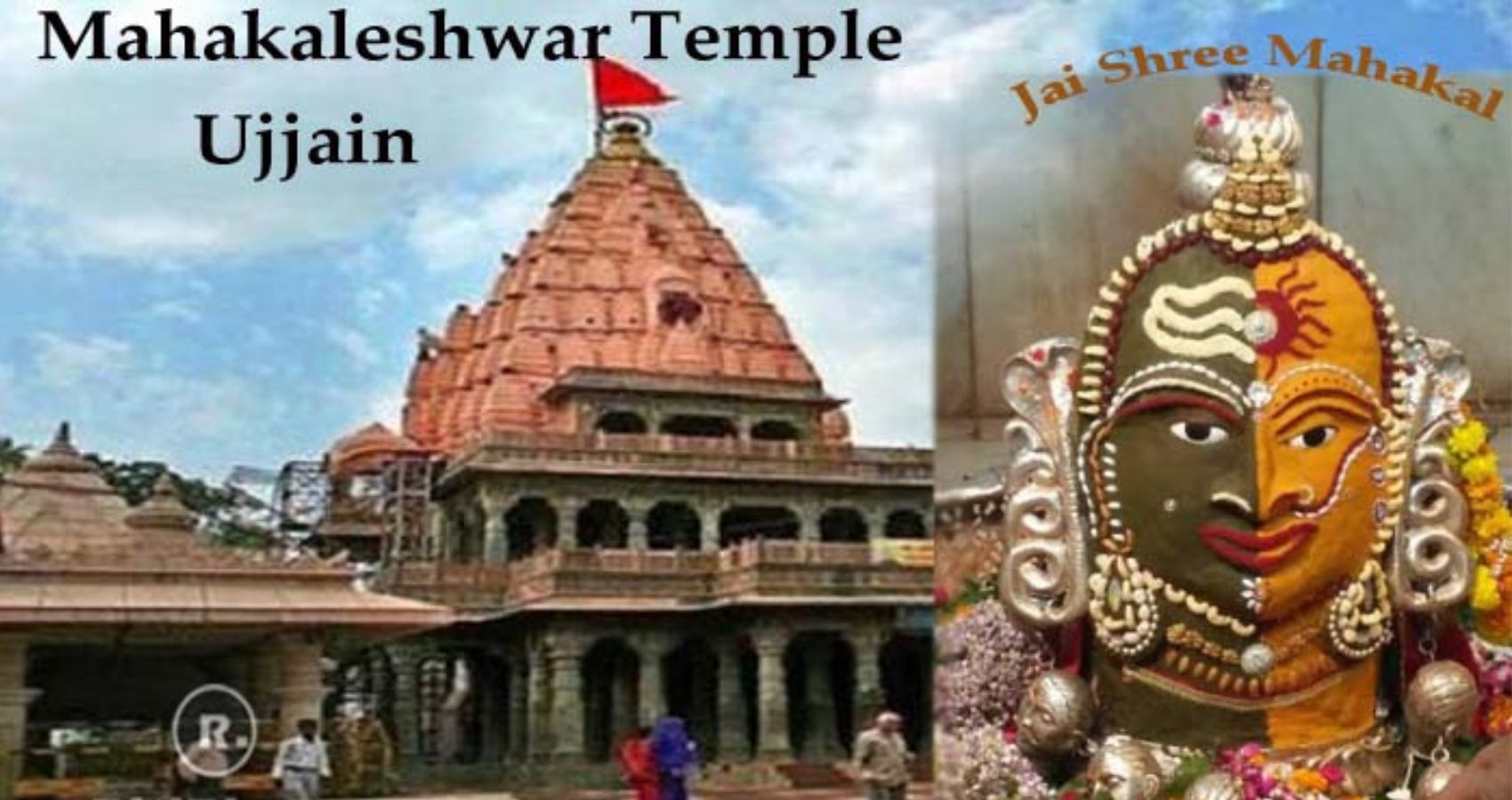 Before he unveiled the large shivling covered in strands of sacred red threads, amid Vedic chants to mark the inauguration, the prime minister performed puja with rituals at the famous Mahakaleshwar Temple, which houses one of the 12 jyotirlingas of Hindu deity Shiva.

Before he unveiled the large shivling covered in strands of sacred red threads, amid Vedic chants to mark the inauguration, the prime minister performed puja with rituals at the famous Mahakaleshwar Temple, which houses one of the 12 jyotirlingas of Hindu deity Shiva.

The divinity associated with the holy city of Ujjain is centred around the Mahakaleshwar Jyotirlinga placed inside the temple also known as Mahakal Mandir. The temple is dedicated to Hindu deity Shiva, believed to be the god of time and death. He is called Mahakaleshwar, made up of the two meanings of the word kaal – time and death. 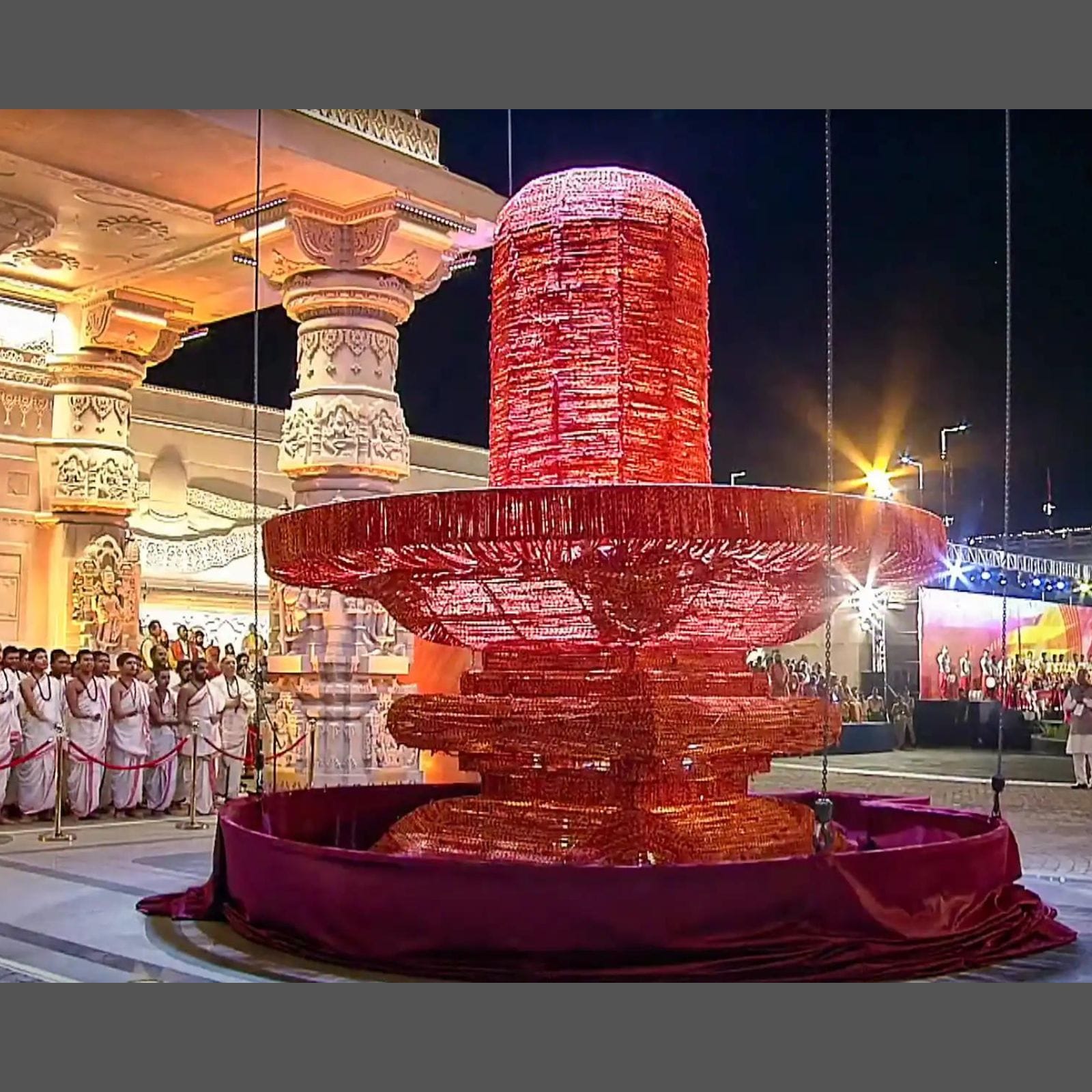 These jyotirlingas, or shrines, are believed to be the most sacred abodes of Shiva. According to the Puranas, the Hindu god pierced the world as an endless pillar of light called the jyotirlinga. Barring the the Mahakaleshwar jyotirlinga in Ujjain, the other 11 jyotirlinga sites are Somnath and Dwarka’s Nageswar in Gujarat; Mallikarjuna at Srisailam in Andhra Pradesh; Omkareshwar in Madhya Pradesh; Kedarnath in Uttarakhand; Bhimashankar, Triambakeshwar and Aurangabad’s Grishneshwar in Maharashtra; Viswanath at Varanasi in Uttar Pradesh; Baidyanath Temple in Jharkhand’s Deoghar; and Rameshwar at Rameswaram in Tamil Nadu.

Located on the banks of Shipra river, considered holy, this temple in Ujjain is among the most sacred Shiva temples in the country. Shiva, the Hindu god of time and death, is known to reign supreme in Ujjain, as per accounts of local legends that call him the city’s chief deity. Hence, the city’s life and its people are dominated by the essence of Mahakal signifying its bond with ancient Hindu traditions.

The city has other famous and ancient temples as well, and one of the oldest bathing ghats, Ram Ghat, is one of the venues for the Kumbh Mela, a Hindu pilgrimage held every 12 years.

Why is the ‘Mahakaleshwar Jyotirlinga’ most prominent?

The Puranas and other holy scriptures in Hinduism have a vivid description of the glory of this jyotirlinga and it is also mentioned in many ancient Indian texts, including a poetic text, Meghadutam, composed by Kalidasa in the 4th century.

Many believe that the lingam (another term used for shivling) in Ujjain is swayambhu, which means it is naturally occurring or even “self-manifested”. Also known as dakshinamukhi, this is the only jyotirlinga facing the south while the other 11 face east. This is known to be a unique feature linked to the tantric traditions of Shiva worship in Hinduism, and is found only in Mahakaleshwar.

According to a report in The Indian Express, the shivling faces south as the direction of death is believed to be the south. A local legend says an Ujjain king by the name of Chandrasena was a Shiva devotee and so strong was his devotion that the god appeared in his Mahakal form and destroyed his enemies, as per the report. Shiva then agreed to reside in the city, on request of his devotees, and became its chief deity.

What is the significance of Mahakal temple’s location?

Popularly known as the Greenwich of India, Ujjain is geographically located at a spot where the zero meridian of longitude (Madhyarekha) and Tropic of Cancer (Karkavrutta) intersect. Many religious places in the city are somehow connected to time. Ujjain’s connection to astronomy, hence, shows how the Shiva temple here is dedicated to Mahakal, the god of time.

It is, however, difficult to tell when the temple first came into existence. It may be assigned to the pre-historic period as the Puranas say it was first established by Prajapita Brahma. According to the official website of the Mahakaleshwar Temple, there is a reference to the appointment of Kumarasena, a prince, by king Chanda Pradyota in 6th century BC for looking after the law and order situation of Mahakal temple. References in several ancient Indian texts describe the temple as magnificent with its foundation and platform built of stone while the temple rested on wooden pillars, as per the website.

According to information available, the present five-storeyed form of the temple was built by Maratha general Ranoji Shinde in 1734.

What is the tradition of ‘Bhasm Aarti’?

Many who visit Ujjain and its sacred sites count the unique ritual of Bhasm Aarti in the Mahakaleshwar Temple as being one of the major attractions. The aarti begins at 4 am daily and can be attended by anyone. It is preceded by an elaborate hour-long process of bathing and decorating the idol, and drawing a face of “divinity” on it.

With chants of Har har Mahadev and Om namah shivaya ringing in the air accompanied by the clanging of bells, the aarti becomes a divine experience. According to the official website of the Madhya Pradesh tourism department, the Bhasm Aarti was performed with ash from the first