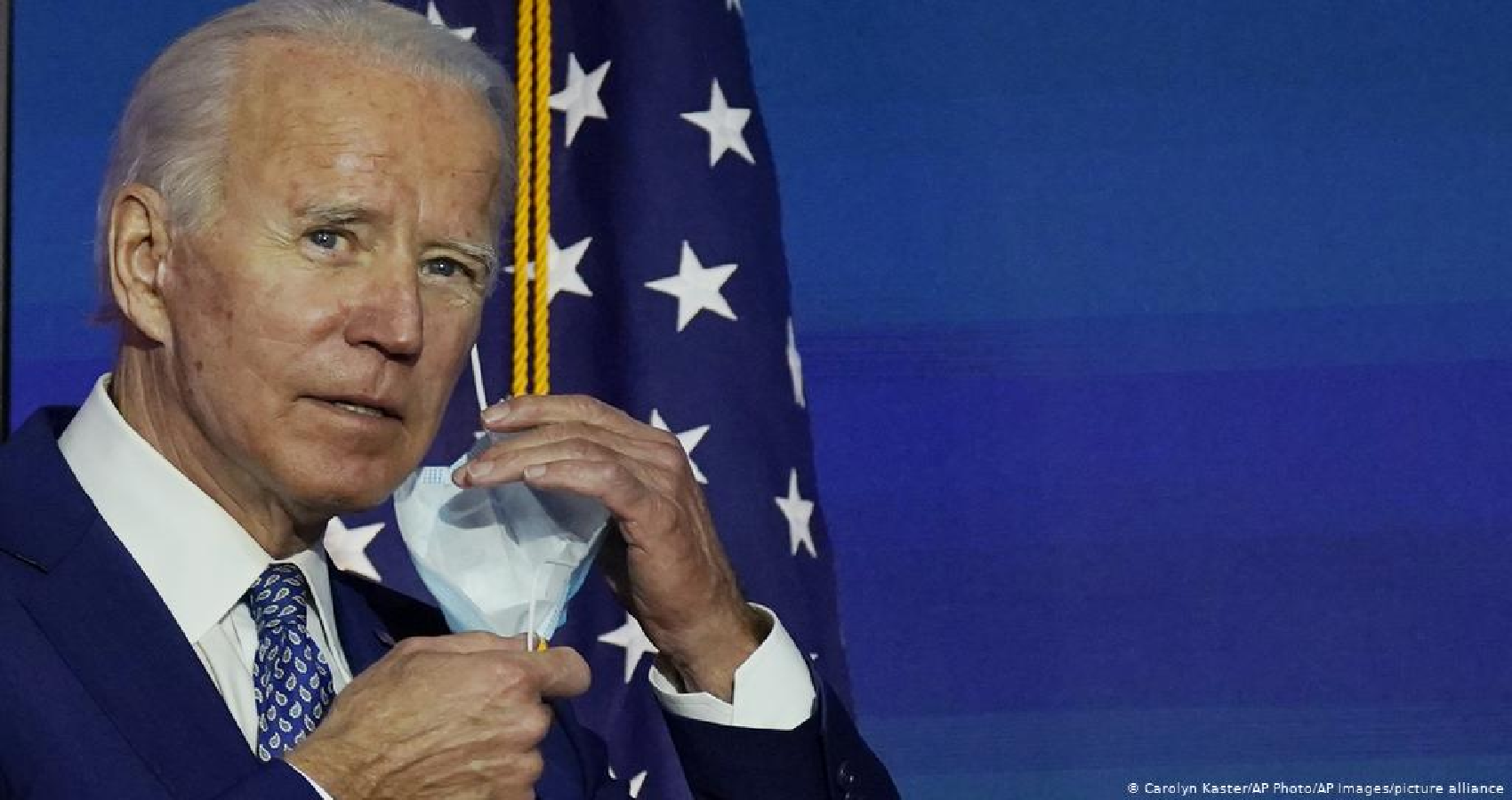 President Joe Biden has said that the US was “doing a lot for India” by sending it oxygen and materials to make anti-COVID-19 vaccines. He said last week that he had spoken to Prime Minister Narendra Modi and “what he needs most is, he needs the material and the parts to be able to have his machines that can make the vaccine work. We’re sending them that.

“We’re sending them a lot of the precursors,” he added, referring to the ingredients needed for making the vaccines. He said the US was also sending oxygen, which is in short supply in the nation in the throes of a COVID-19 resurgence. “We’re helping India significantly,” he said.

Secretary of State Anthony Blinken has acknowledged assistance last year from India when the US was facing its deep crisis while speaking of the aid the US is now sending it. “India came to our assistance early on in our hour of need when we were having real struggles with COVID-19, providing millions and millions, for example, of protective masks. We remember that, and we’re determined to do everything we can to help now,” he told the Financial Express according to the interview transcript provided by the State Department.

He said, “What I’ve seen really is an amazing mobilisation not just of the United States government, but of our private sector, and of Indian Americans as well. I was on a call a week ago with virtually every leading CEO — it was a who’s who — all wanting to help. And the government, our government, is coordinating those efforts. So we are doing everything we can.”

Biden’s Spokesperson Jen Psaki, who gave a rundown of the assistance to India, said that the US government was sending ingredients for making 20 million doses AstraZeneca (Covishield) vaccine from supplies that it had ordered.

These were ingredients had been ordered on a priority basis by invoking the Defence Production Act to supply to companies under contract to make vaccines for it.

The US is unlikely to need the 300 million doses of the AstraZeneca vaccine that it had contracted because it has adequate supplies of the Moderna, Pfizer and Johnson & Johnson vaccines. She said that the total value of the COVID-19 aid will exceed $100 million.

Psaki said that six air shipments funded by the US Agency for International Development (USAID) with oxygen and oxygen supplies, N95 masks, rapid diagnostic tests, medicines and components requested by the Indian government have already been sent.

“At the request of the government of India, USAID provided these urgently needed supplies to the Indian Red Cross to ensure they reach those most in need as quickly as possible,” she said.

India is in dire need of oxygen and USAID sent about 1,500 oxygen cylinders that will remain in India and can repeatedly be refilled locally, 550 concentrators to obtain oxygen from ambient air and a large-scale unit to support up to 20 patients, she said.

She said that 2.5 million N95 masks have been sent and an additional 12.5 million are available if the Indian government asked for them, she said. One million rapid diagnostic tests and 20,000 treatment courses of the anti-viral dug Remdesivir have also been sent, she said.

White House officials said Sunday, May 2, 2021, that they are doing all they can to help India cope with the country’s escalating coronavirus crisis, pushing back against criticism that the United States should be moving faster on actions such as waiving patent rights on vaccines.

In interviews on several political shows Sunday, Biden administration officials emphasized the aid the U.S. has already delivered to its South Asian ally, including the first planeloads of medical supplies and supplemental oxygen to the country on Friday. The United States has also diverted raw materials for vaccines to India.

“In a crisis of this speed and ferocity, we always wish we could move faster and do more. And we’re proud of what we’ve done so far,” national security adviser Jake Sullivan said on ABC’s “This Week.” “We are continuing to work to source additional critical materials to move them as fast as we can, both directly from the United States and also galvanizing partners around the world.”

A recent surge in coronavirus cases has sent the pandemic spiraling anew in India, which reported more than 400,000 new coronavirus cases Saturday, a new global record. People being treated for covid-19, the illness that can be caused by the novel coronavirus, have overwhelmed hospitals there, while images of mass cremations and funeral pyres burning overnight have spread worldwide.

Modi and other world officials have called on the United States to go a step further and waive vaccine patent protections, saying that would let other countries and companies speed up production of generics and expedite the vaccination effort worldwide.

“If a temporary waiver to patents cannot be issued now, during these unprecedented times, when will be the right time?” Tedros Adhanom Ghebreyesus, the director general of the World Health Organization, tweeted in March. “Solidarity is the only way out.”

The administration has also vowed to share up to 60 million doses of the AstraZeneca vaccine with other countries, prompted in large part by the crisis in India. Officials made that announcement several days ago, adding assurances here that the United States does not need the AstraZeneca vaccine to continue inoculating the U.S. population.

Anita Dunn, a senior adviser to Biden, said that the 60 million AstraZeneca doses the U.S. has promised to other countries have been ordered but that not all have been produced. The AstraZeneca vaccine is undergoing a safety review by the Food and Drug Administration.

“To be clear, there isn’t some huge warehouse filled with AstraZeneca vaccines that we can just release at a moment’s notice,” Dunn said on CNN’s “State of the Union.” “As soon as it is ready to be shared with the world, we plan to share it.”

White House Chief of Staff Ron Klain said on CBS’s “Face the Nation” that despite the calls by Modi and others, vaccine patents were only part of the problem, and that manufacturing limits would still hinder production.

“India has its own vaccine, the Covishield vaccine,” Klain said. “Production is slow there because they don’t have the scarce raw materials to make that. We sent enough raw materials to make 20 million doses immediately. Intellectual property rights is part of the problem, but manufacturing is the biggest problem.”

Sen. Bernie Sanders, I-Vt., said on NBC’s “Meet the Press” that the United States had an obligation to share vaccines with the rest of the world faster, particularly in poorer countries. “Not only do we have a moral responsibility to help the rest of the world, it’s in our own self-interest, because if this pandemic continues to spread in other countries, it’s going to come back and bite us at one point or another,” Sanders said.

Sanders and other Democratic senators last month sent a letter to Biden, urging him to support a temporary patent waiver for coronavirus vaccines, one of several efforts to advocate what some have taken to calling “vaccine diplomacy.” China and Russia, some critics note, have been aggressive about distributing their vaccines to developing countries, a move that could help them earn goodwill.

A temporary patent waiver would let the Biden administration not only “reverse the damage done by the Trump administration” to U.S. reputation but bring the global pandemic to an end more quickly, the senators wrote.

“What we have got to say right now to the drug companies, when millions of lives are at stake around the world, is, ‘Yes, allow other countries to have these intellectual property rights so that they can produce the vaccines that are desperately needed in poor countries,’ ” Sanders said Sunday.

Sullivan said Katherine Tai, the U.S. trade representative, has been engaged in “intensive consultations” at the World Trade Organization to work through the issue of waiving vaccine patents. “We should have a way forward in the coming days,” Sullivan said on “This Week.”