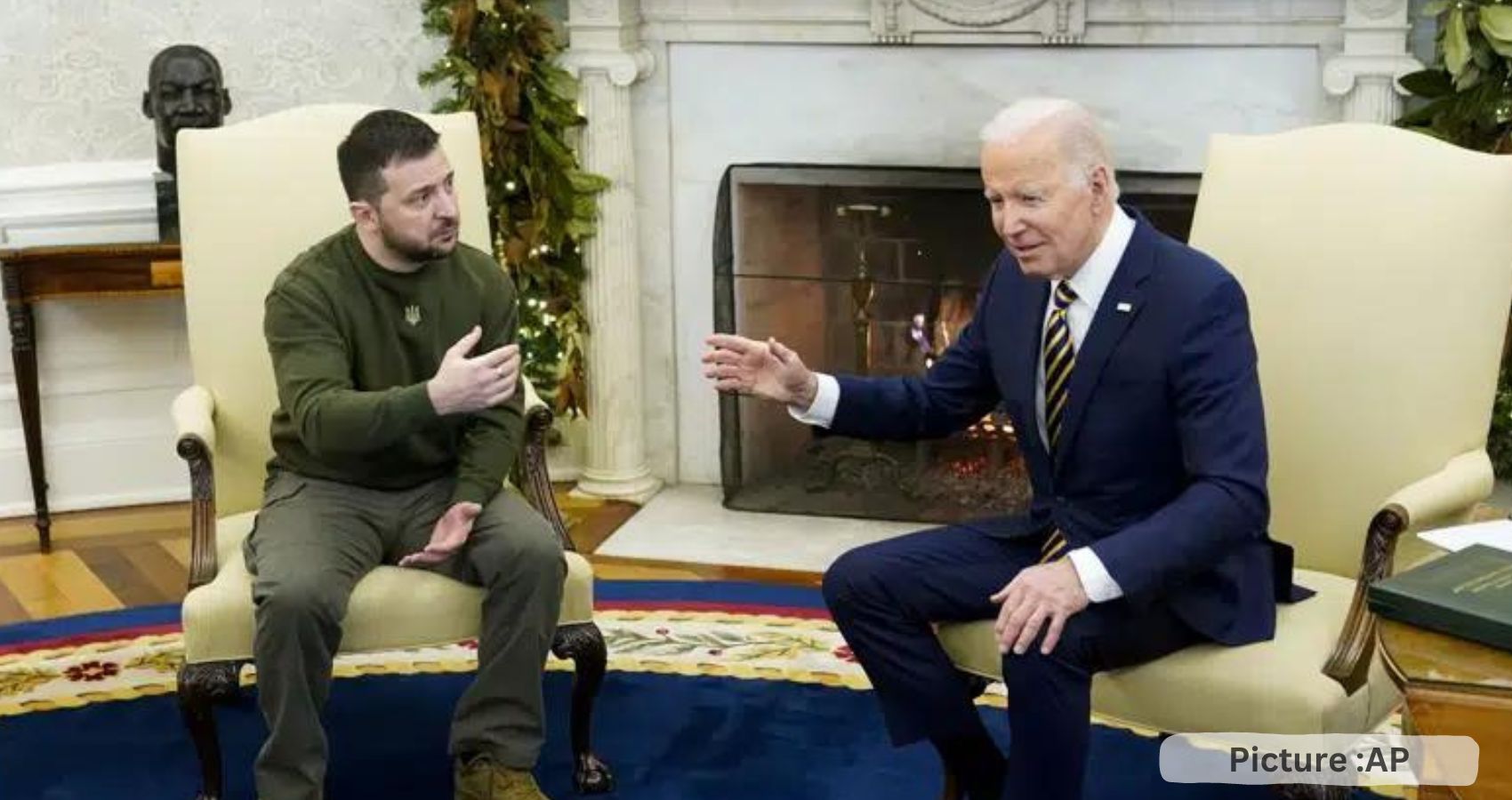 Ukrainian President Volodymyr Zelensky made a historic visit to Washington on on December 21st, leaving his country for the first time since Russia’s February invasion to address a joint session of Congress and make a direct appeal to Americans for more aid.

The visit, shrouded in secrecy until the last moment, was the first time Zelensky is known to have left his country since Russian President Vladimir Putin launched an invasion in February.

The Ukrainian president is meeting with his U.S. counterpart at the White House and addressed Congress in a special joint meeting on December 21st.

Zelenskyy’s visit was aimed at underscoring U.S. support as Russia’s war drags on. It’s his trip trip outside Ukraine since Russia launched its attack in February.

The Ukrainian leader and his allies in the Biden administration made the most of the moment, both creating and reveling in the spectacle.

Biden greeted Zelensky on the White House’s South Lawn, walked him along the edges of the Rose Garden to the Oval Office and held a press conference alongside him.

Later, before his speech to Congress, Zelensky was shown the splendor of the Capitol by Senate Majority Leader Charles Schumer (D-N.Y.) and Speaker Nancy Pelosi (D-Calif.).

The administration announced nearly $2 billion in new security aid to Ukraine, including a Patriot surface-to-air missile battery. Lawmakers voted on an omnibus spending bill that includes $44.9 billion in emergency assistance to Ukraine and NATO allies.

In a joint press conference, Zelenskyy said the aid was “a key humanitarian issue, a survival issue” with Russia stepping up attacks on Ukraine’s infrastructure as winter temperatures continue to drop.

His speech itself was punctuated by applause from members of both parties and reached its emotional crescendo as he presented a Ukrainian flag, apparently from the front lines in Donbas and signed by the troops, to the chamber.

He thanked Congress for the financial support his country has received over the 10 months of war that have ravaged the country.

“Your money is not charity. It’s an investment in the global security and democracy, that we handle in the most responsible way,” he said, seeming to address recent doubts from some GOP members that the U.S. should continue the flow of money to Ukraine.

He noted that while Russia possesses the power to stop its aggression, Congress, presumably with its pocket purse, has the power to speed up Ukraine’s victory. That would serve as a deterrent to other countries with thoughts of invasion, he added.

“It would be naïve to wait for steps toward peace from Russia, which enjoys being a terrorist state. Russians are still poisoned by the Kremlin,” he said. The road toward peace, he said, is dependent on bipartisan support from the U.S. “This battle cannot be frozen or postponed,” he said. “It cannot be ignored, hoping that the ocean or something else will provide a protection.”

“I hope my words of respect and gratitude resonate in each American heart,” Zelensky said. “Our two nations are allies in this battle, and next year will be a turning point. I know it — the point when Ukrainian courage and American resolve must guarantee the future of our common freedom.”

The Ukrainian military has shocked the world with its ability to repel Moscow’s invasion. Russia has been dealt major setbacks and the bulk of the fighting — now largely frozen in place — has been confined to the outer reaches of Ukraine. But a new wave of Russian attacks on the electrical grid have plunged much of Ukraine into darkness, leaving millions without heat and light.

The White House sees the war in Ukraine as a struggle that simply cannot be lost, for fear that such an outcome would embolden Putin and expose American weakness to rivals and adversaries such as China and Iran.

In the closing moments at the news conference, Biden sought to reassure Zelensky, telling him, “You don’t have to worry. We are staying with Ukraine as long as Ukraine is there.”