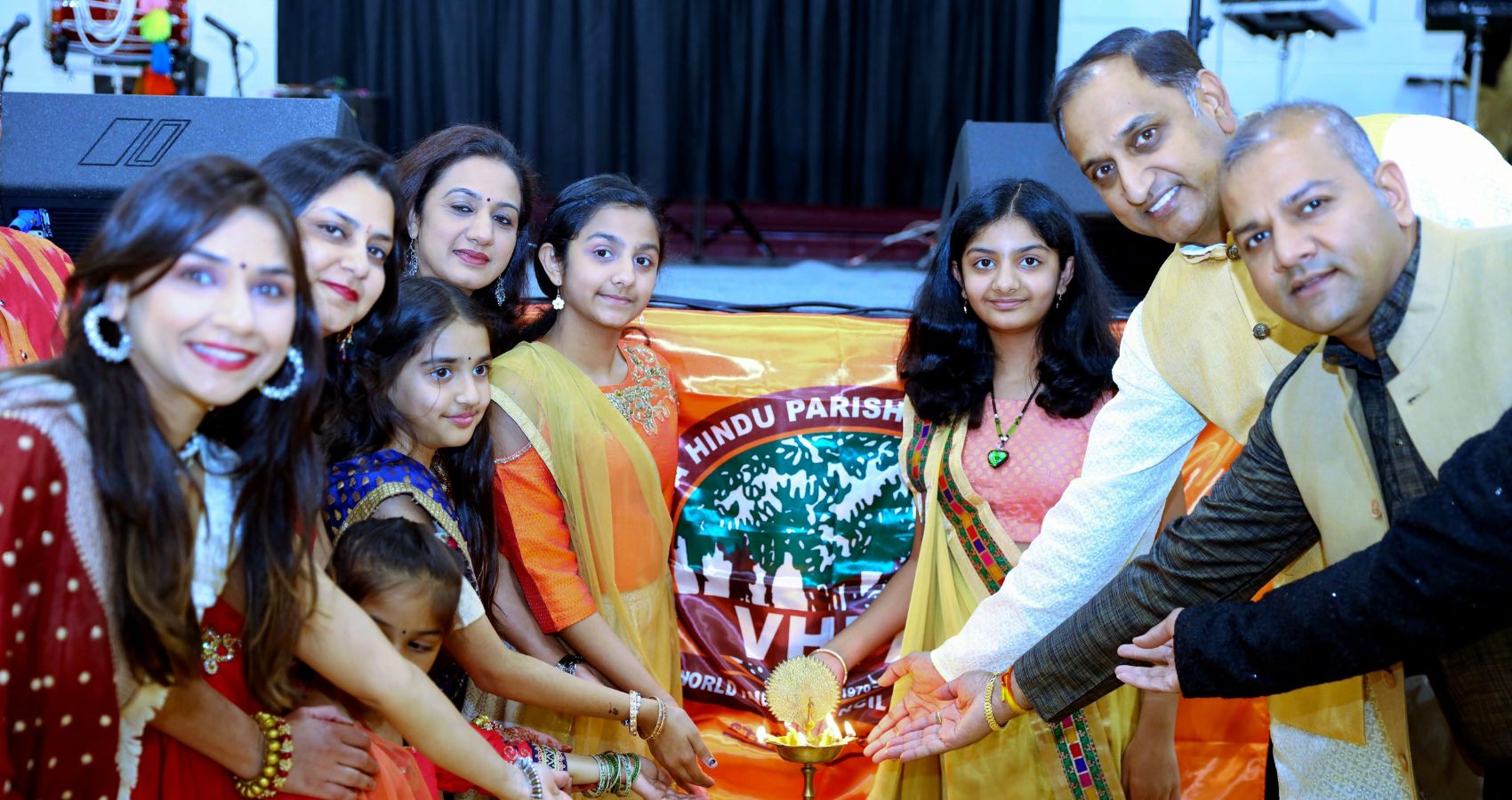 There have been dazzling; glorious Navratri celebrations all across Chicagoland and continuing on the rich tradition Vishwa Hindu Parishad of America (VHPA) and Support A Child (SAC) hosted their own Navratri Garba Raas with Rex D Souza and Shivani Shah, on Sunday – October 15, 2022 at Bartlett Park District, 700 S Bartlett Road, Bartlett, IL. Shivani Shah is a very famous Gujarati folk singer, and she performs with her group every year during the Navratri festival.

The event attracted over thousands of Gujrati families and Indians alike to celebrate the splendor of Navaratri. The attendees ranged from toddlers to seniors and were dressed in vibrant and colorful Indian attire, especially the ladies and children who were seen wearing bright colorful, dazzling traditional dresses with matching ornaments and extravagant hairstyles. The twirling dancers, clapping hands, instinct sound of wooden sticks struck together, toe tapping music and people wearing colorful clothes marked the grand Navratri celebrations at the VHPA and SAC Garba. 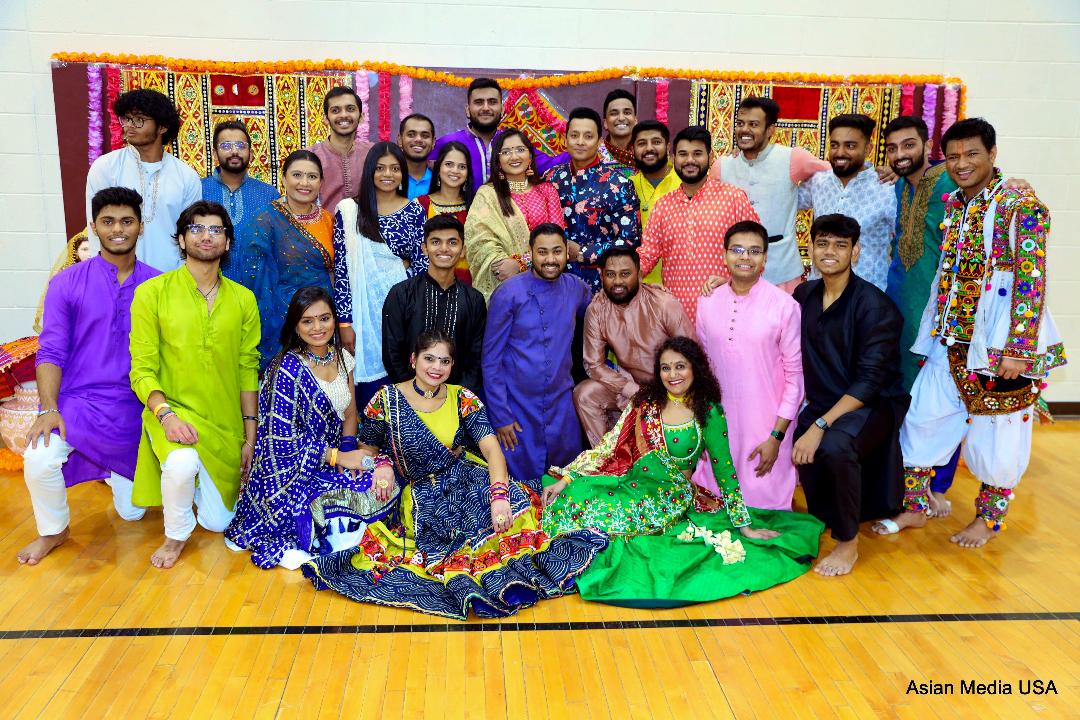 The festivities began around 7:00 pm and lasted until12:30 pm. The celebration started with the traditional Lamp Lighting ceremony. President Harendra bhai Mangrola spoke fondly about the Navaratri celebrations, saying that, “It keeps a part of our rich culture alive, we Gujarati have garba in our blood”. He recognized sponsors, the committee members and volunteers that made the event possible. “Thanks to the wonderful audience of Chicago and well-wishers who attended the event to make it a huge success” said by Vinesh Virani (VHPA Chicago chapter VP). “It was a colorful, cherished event as kids, youth and adults of all ages participated and brought the liveliness around us.” said by Nirav Patel (VHPA community outreach).

Shivani Shah learned North Indian classical music. She has done more than 500 Singing Shows Leading my Band as a professional singer. “Performing for VHPA was a something Special and memorable experience,” said Shivani Shah. The crowd was really crazy and we as a team enjoyed performing for such a lovely crowd.

Rex Dsouza was one of the three finalists of Fame Gurukul, one of the most watched television shows in India in 2005. The show’s premise was to select a pair of India’s best singers/performers. On Fame Gurukul, Rex was characterized as having a good mixture of charisma, singing and confidence. Rex Dsouza won the support of many fans due to his personality and talent, which earned him the title of Mr. Gurukul. 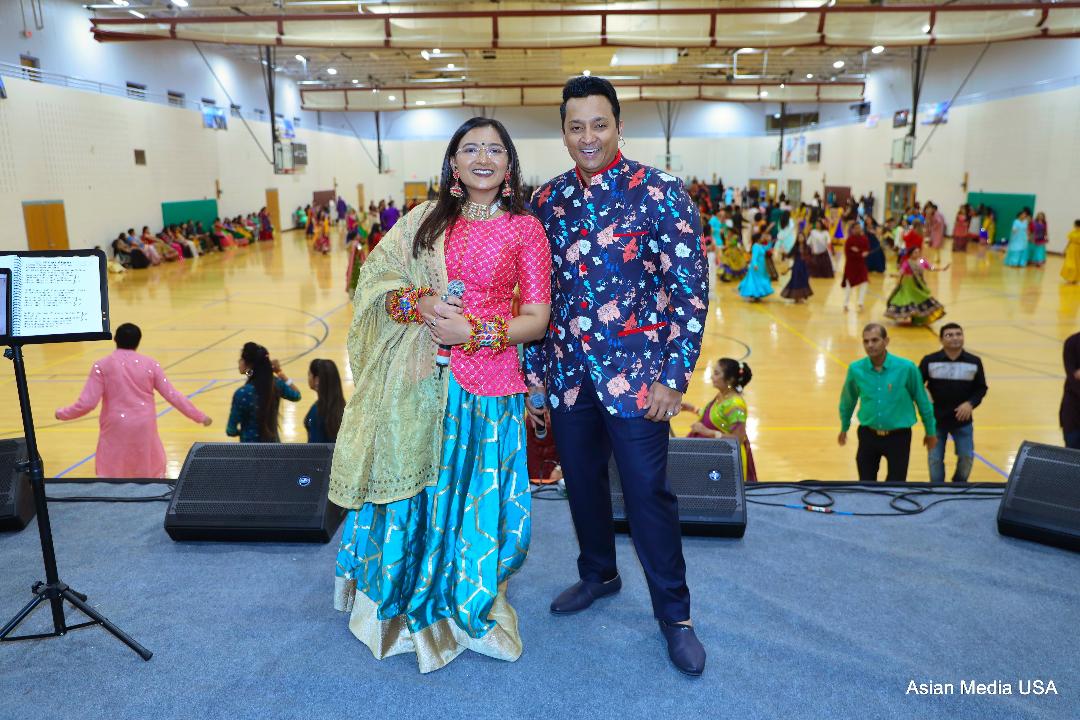 Rex Dsouza’s infectious smile made the girls go weak in their knees but couldn’t make it to the Fame Jodi. But that didn’t dampen his spirits a week after Fame Gurukul announced its winners. He has taken it in his stride and is now doing stage shows around the world, along with singing for Bollywood movies. He is here for the love of performing; he enjoys being on stage and it’s not his style to be nervous. Performed around the world in more than 1500 shows.

“The crowd in Chicago was amazing as always!!! The energy was great and always exciting to perform in Chicago. Navratri is my favorite time of the year. The color, the energy, the vibe that people carry makes this festival even more awesome!!! Looking forward to performing before the Chicago crowd again and again. Want to thank VHPA for this opportunity, in which I could also help them raise money for the great cause they have always worked on would love to do this event every year” said by Rex Dsouza

Many volunteers demonstrated well organized team effort and worked very hard under the leadership of VHPA President, Executive and Advisory board to make this event grand a success. Without their dedicated and selfless effort, this event won’t be remembered as Best Celebrating Diwali festival in Times Square along with India’s 75th Independence Day with 60-plus performers