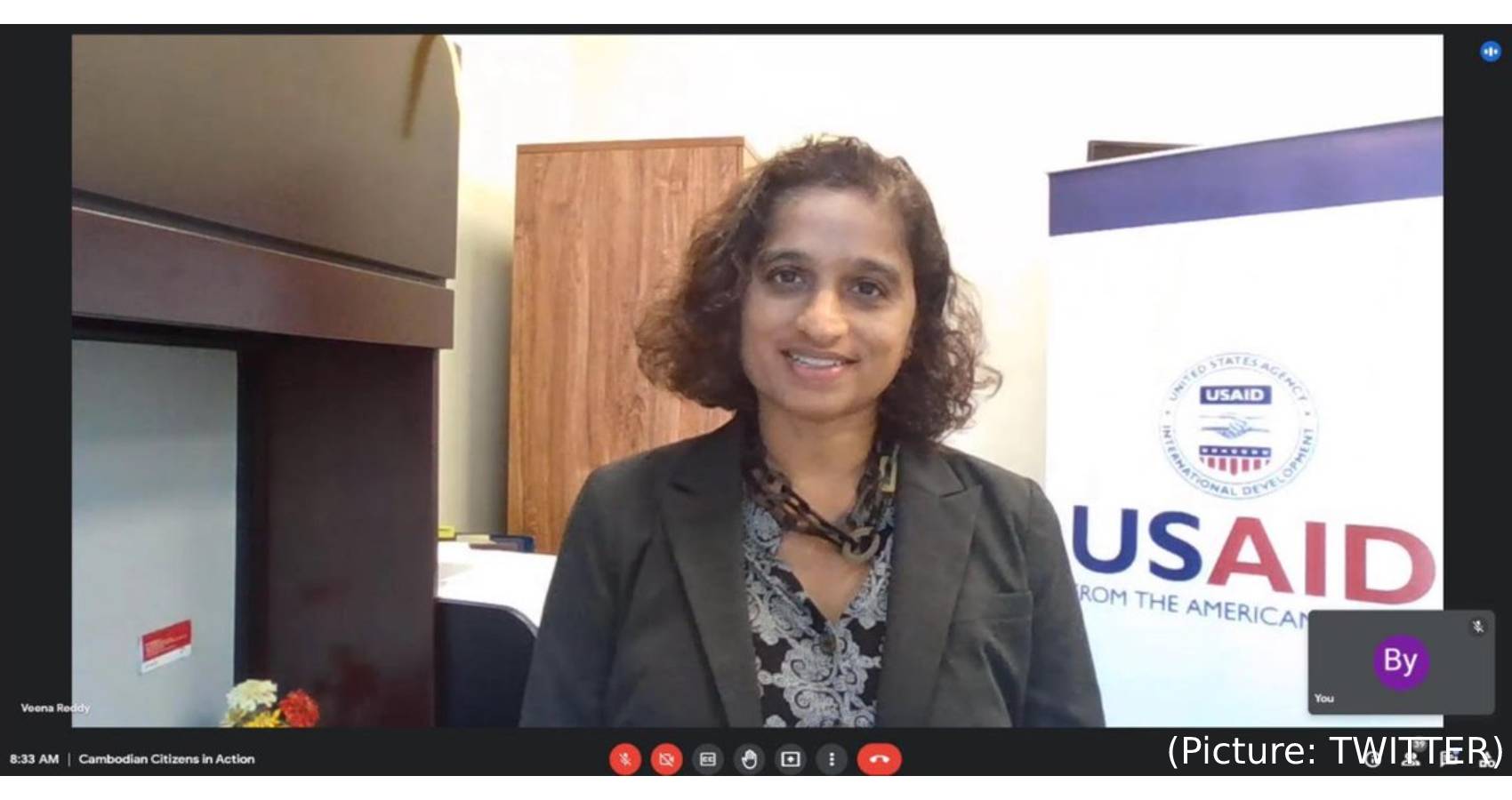 Veena Reddy made history by becoming the first Indian-American mission director for the United States Agency for International Development (USAID).“Best wishes, Veena. India USAID partnership has the potential to make a difference to the lives of people not only in India and the US but across the world.” tweeted Taranjit Singh Sandhu, Ambassador of India to the United States. “Veena’s journey from Andhra Pradesh to Ireland, then to the United States embodies the best of what we––a nation of immigrants––has to offer. A determined sense of possibility. A bold vision that paves the way for sustainable and inclusive development around the world.” said Samantha Power, USAID Administrator in a Press release.

The U.S. Agency for International Development has announced the swearing in of Veena Reddy as the first Indian American to become its Mission Director on July 26th.”Today, Veena Reddy was sworn-in as our new Mission Director. She will be the first Indian American to lead USAID-India, representing the best of both countries, and aims to bolster U.S.-India development partnership leveraging her unique experiences and leadership,” tweeted USAID.

“Best wishes, Veena USAID-India. India-USAID partnership has the potential to make a difference to the lives of people not only in India and U.S., but across the world!” tweeted Ambassador of India to the United States Taranjit Singh Sandhu. Reddy, a Foreign Service Officer with the organization, is USAID/Cambodia’s Mission Director. She arrived in Cambodia in August 2017 and currently oversees a staff of 75 as well as USAID programs in the food security, environment, health, education, child protection, and democracy and governance sectors.

She has served as Deputy Mission Director in Haiti, where she oversaw post-earthquake reconstruction efforts, elections support, economic growth, food security interventions, hurricane response, and the development of a new strategy. Prior to this posting, Reddy served in Washington as an Assistant General Counsel, covering legal matters for USAID’s programs in Asia, Middle East, and Afghanistan and Pakistan. The Indian American attorney has also served in USAID missions in Pakistan, the Central Asian Republics and Central America.

Prior to her government service, Reddy was a corporate attorney at Rogers & Wells in New York and at Akin Gump Strauss Hauer and Feld in London and Los Angeles. Reddy holds a Juris Doctorate from Columbia University School of Law and an MA and BA from the University of Chicago. She is a member of the New York and California bars.