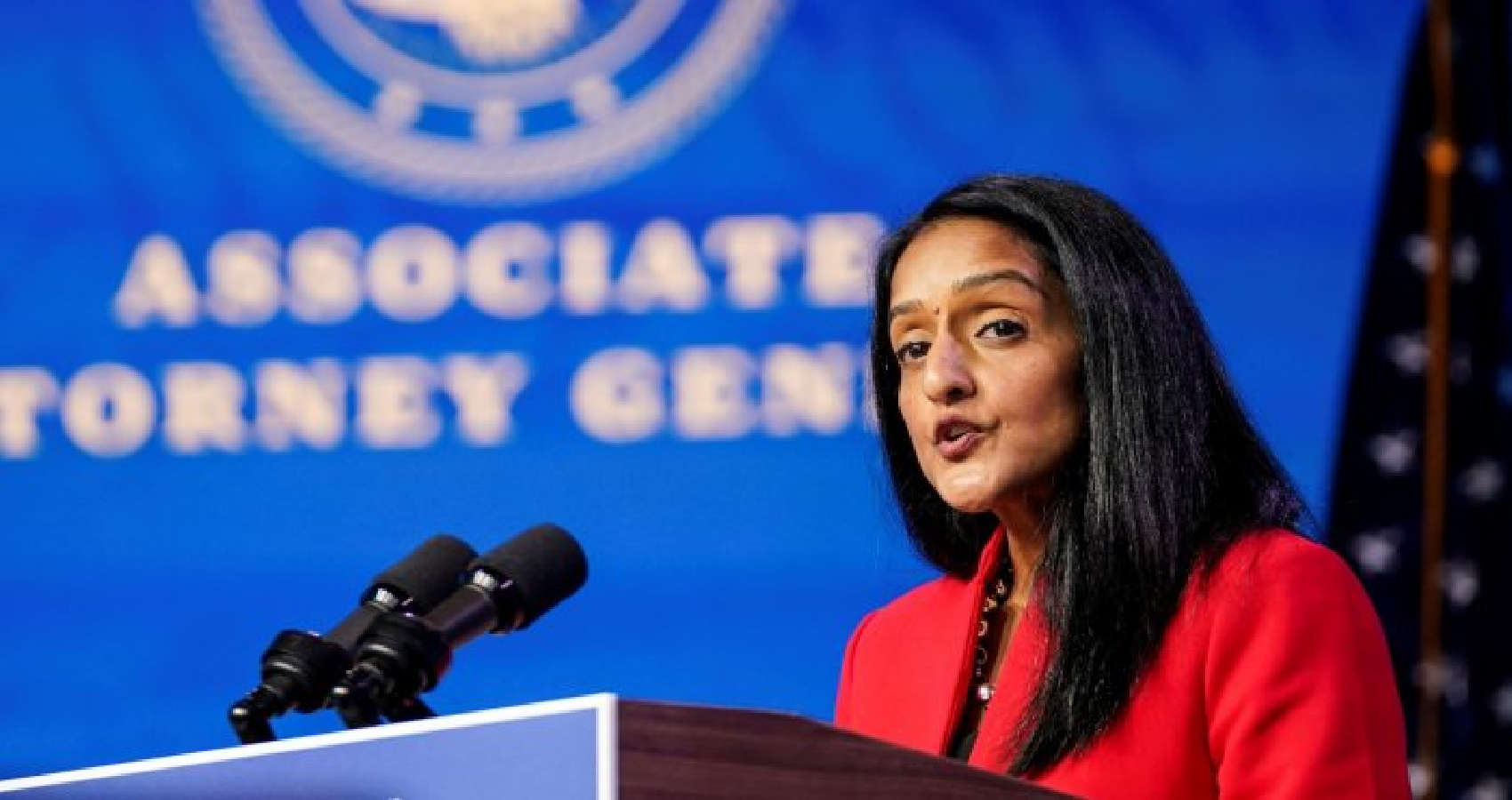 Indian-American civil rights lawyer Vanita Gupta has been confirmed as the US Associate Attorney-General with the help of a breakaway Republican Senator overcoming stiff opposition from her fellow party members who accused the nominee of espousing “radical” policies. She makes history becoming the first Indian American and first woman of color to hold the position.

Senator Lisa Murkowski gave her the crucial vote on Wednesday, April 21st in the 100-member Senate, which is evenly divided between the Republican and Democratic parties, to assume the third-highest position in the Justice Department.

Gupta is a legendary figure in the US civil rights movement having as a newly-minted lawyer won the release of 38 people, most of them African-Americans, who had been wrongly convicted by all-White juries on drug charges in a Texas town and also got them $6 million in compensation.

IMPACT congratulated Vanita Gupta on her historic confirmation as Associate Attorney General of the United States, the third-highest ranking position at the Department of Justice.  “Vanita Gupta is the daughter of Indian immigrants who came to the U.S. with only eight dollars and a dream. She has become one of the foremost civil rights advocates in the country and will effectuate our highest ideals of justice as Associate Attorney General,” said Neil Makhija, Executive Director of IMPACT.

“We are deeply proud of Vanita Gupta, knowing that she will be a stalwart champion for all Americans and in particular communities that have been marginalized. At a time when we see assaults on our voting rights and a rise in hate crimes, our country needs a champion for civil rights like Vanita Gupta at the highest levels of the Justice Department.”

Born and raised in the Philadelphia area to Indian immigrants, Ms. Gupta received her BA from Yale and her JD from NYU and has had a long and illustrious career of fighting for civil rights. She started her legal career in the ACLU and then became an Assistant Attorney General for Civil Rights under President Obama. She went on to become the Principal Deputy Associate Attorney-General and head of the Civil Rights Division during former President Barack Obama’s administration.

Gupta overcame a campaign against her estimated to have run close to a million dollars by conservative and right-wing groups portraying as a “radical” who was against law enforcement. But she also received the support of other conservative Republicans and law enforcement groups.

The Senate Judiciary Committee, which has to give preliminary approval for Gupta’s confirmation, was deadlocked on her nomination for more than a month and the Senate bypassed it. Gupta was the second Indian-American nominee of President Joe Biden to run into difficulties in the Senate, which must approve all senior appointments, because of previous policy stances as well as divisive tweets.

Neera Tandon, who was nominated to the important cabinet position of the director of the Office of Management and Budget, withdrew herself from consideration after it became clear that she would face opposition from Democrats in addition to all the 50 Republicans making her confirmation impossible.

But Gupta was able to keep the support of all the Democrats and get one crucial Republican vote in the full Senate. Vice President Kamala Harris was at the ready to cast a tie-breaking vote as the Senate president if the votes had been split 50-50.

Murkowsi, who represents Alaska, said that Gupta “has demonstrated throughout her professional career to be deeply, deeply committed to matters of justice.” Democratic Party Senator Leader Chuck Schumer said: “Not only is Gupta the first woman of colour to ever be nominated to the position, she is the first civil rights attorney ever to be nominated to the position.”

But Republican Party Senate Leader Mitch McConnell called her “way outside the mainstream” and “an activist for justify-wing causes” who had attacked Senators. Appearing before the Senate Judiciary Committee last month, Gupta had apologised for some of her tweets saying that she had “fallen prey” to “the rhetoric (that) has gotten quite harsh over the last several years”.

The campaign against her was spearheaded by the right-wing Judicial Crisis Network which launched an ad campaign accusing her of being soft on crime. Five Republican Attorneys-General circulated a petition against her confirmation.

Defending Democracy Together (DDT), an organisation of conservatives who had opposed former President Donald Trump, countered with a campaign supporting Gupta, saying that she “has been building bridges across partisan divides, she has the broad backing of law enforcement”. Three groups of law enforcement officials, Fraternal Order of Police, Major County Sheriffs of America and Federal Law Enforcement Officials Association, also supported her. (IANS)