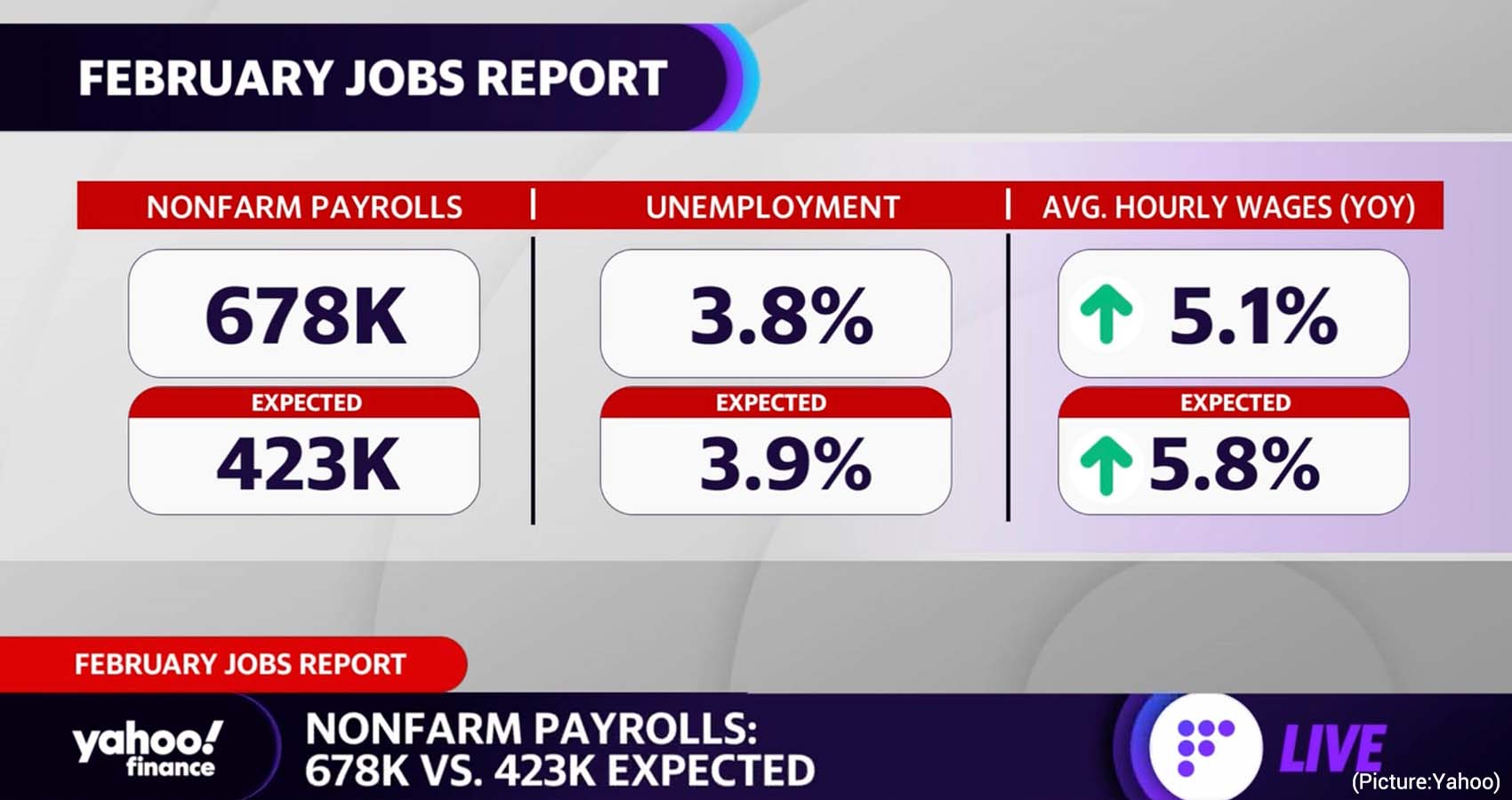 The U.S. added 678,000 jobs and the unemployment rate dropped to 3.8 percent in February, according to data released Friday by the Labor Department.

Unprecedented demand for workers and resilient consumer spending helped power another strong month of job growth in February. Economists expected the U.S. to add roughly 400,000 jobs last month, far less than the actual haul in the February jobs report, and push the jobless rate to 3.9 percent. 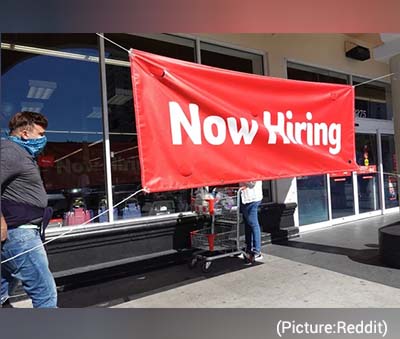 “If we see more numbers like this moving forward, we can be optimistic about this year. Employment is growing at a strong rate and joblessness is getting closer and closer to pre-pandemic levels,” said Nick Bunker, economic research director at Indeed.

“In these uncertain times, we cannot take anything for granted. But if the recovery can keep up its current tempo, several key indicators of labor market health will hit pre-pandemic levels this summer,” he said.

The Bureau of Labor Statistics (BLS) said the U.S. saw “widespread” job growth in February led by a surge in service sector hiring — a promising sign for industries still recovering from the onset of the pandemic.

The BLS also revised the December and January job gains up by a combined 92,000 jobs.

While the labor force participation rate stayed flat, the February jobs report showed other signals of labor shortages easing and more Americans returning to the workforce.

Average hourly earnings rose 5.1 percent over the past 12 months, down from 5.7 percent in January. Wages have risen sharply as employers struggled to fill a record number of job openings from a smaller pool of workers than before the pandemic.

“With the Omicron wave receding rapidly, the labor market has unlocked faster jobs growth. Additionally, employer demand for workers exceeds labor supply significantly, which is likely to keep jobs growth healthy even if demand slows amid disruptions from the war in Ukraine and rising interest rates in coming months,” said Daniel Zhao, senior economist at Glassdoor.

While the U.S. labor market held strong in February, economists are concerned about the potential fallout of the war in Ukraine and the sanctions imposed on Russia in response. A surge in oil prices, steep drop in economic activity or retaliation from Russia could dent the U.S. economy and risk stoking inflation even higher after hitting the highest annual rate in 40 years.

The jobs report will keep the Federal Reserve on track to raise interest rates in March to help cool inflation and tame what Fed Chairman Jerome Powell on Thursday called an “overheated” labor market. Even so, Powell said the deep uncertainty driven by the war could still force the Fed to adjust the pace of future rate hikes.

“The war in Ukraine reemphasizes the risk of inflation in the economic recovery, especially as price increases are concentrated in areas that the Federal Reserve may not have much control over,” Zhao wrote.

“Ultimately, however, today’s jobs report helps build confidence in the resilience of the recovery and its ability to continue driving jobs growth despite unanticipated headwinds.”