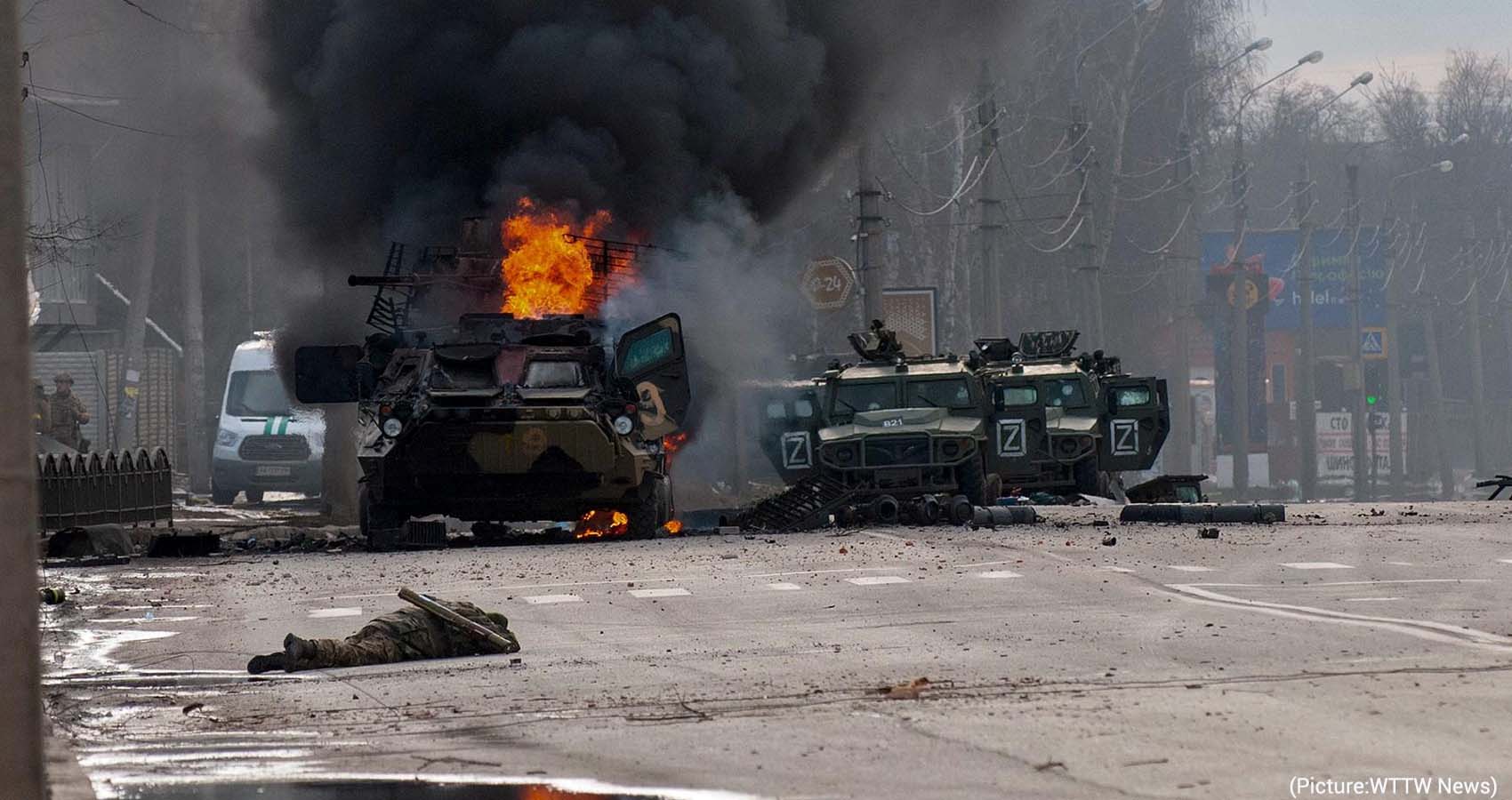 Russia’s invasion of Ukraine has provoked an international outcry that has led to a more unified response from the international community than many might have expected.

It’s also led to a series of surprise moves, from Germany joining efforts to arm the Ukrainian resistance to Switzerland imposing sanctions on Russia.  Germany’s decision to send anti-tank weapons and Stinger missiles to Ukraine represented a reversal of a longstanding policy of not sending weapons into conflict zones. Berlin also said it would boost military spending to above 2 percent of gross domestic product.

“This is really the first time that we’ve seen Germany do that since the end of the Cold War,” said Charles Kupchan, former senior director for European affairs on the National Security Council under the Obama administration.

The moves are good news for the White House and President Biden, who devoted significant time to uniting allies behind a common approach to counter Russian President Vladimir Putin in the event of a Russian invasion.

Through the Cold War and the decades since, nothing could persuade Finns and Swedes that they would be better off joining NATO — until now.

Russia’s invasion of Ukraine has profoundly changed Europe’s security outlook, including for Nordic neutrals Finland and Sweden, where support for joining NATO has surged to record levels.

A poll commissioned by Finnish broadcaster YLE this week showed that, for the first time, more than 50% of Finns support joining the Western military alliance. In neighboring Sweden, a similar poll showed those in favor of NATO membership outnumber those against. 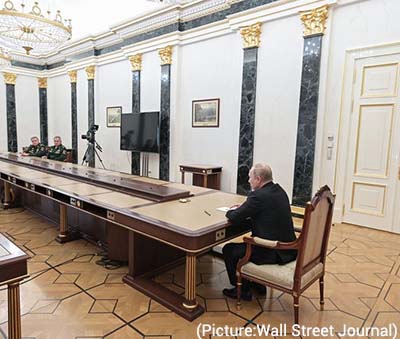 Russia’s weeklong assault on Ukraine has spawned a refugee crisis and killed thousands of civilians, with world leaders and government officials warning that Russian-led atrocities are likely to escalate.

Widespread revulsion to Putin’s invasion of Ukraine has united the global community as well as Democrats and Republicans in Congress — at least for the most part.

“President Putin has been one of the greatest unifiers of NATO in modern history, so I guess that is one thing we can thank him for,” White House press secretary Jen Psaki said this week.

House lawmakers told The Hill they were heartened by resounding bipartisan support for the administration’s strategy toward Ukraine, signaled with spontaneous applause during a classified briefing by senior administration officials at the Capitol on Monday.

Biden also received bipartisan applause when he rebuked Putin during his first State of the Union on Tuesday.

And Sen. Mitt Romney (R-Utah) emerged from the classified briefing for senators on Monday to tell reporters that “the administration has done a really sound job in bringing together our allies and friends from around the world and presenting a united front against a very evil, ambitious leader of Russia.”

Thomas Rid, professor of strategic studies at Johns Hopkins University’s School of Advanced International Studies, said during a panel discussion that Putin’s actions had achieved “​​what no European politician has achieved in a generation, he made the European Union discover its spine.”

He added that Russia’s invasion has managed “to get Germany over historic trauma. The historic trauma was for a long time never to fight again, avoiding wars by not fighting, by not providing weapons, but of course now we have shifted and now have the approach that avoiding war means defending yourself.”

But not all close American allies and partners have fallen in line with Biden’s strategy.

Israel initially held back from condemning outright Russia’s invasion of Ukraine. Jerusalem relies on strategic communication with Moscow to carry out military operations in Syria against Iran and its proxy forces.

That hesitation drew pushback from stalwart Israel allies in Congress. Sen. Lindsey Graham (R-S.C.) said he was “concerned” over Israel’s position but, after speaking with Israeli officials and Israel’s ambassador to the U.S., said he is encouraged by new steps from Jerusalem.

This includes Israel voting in favor of a resolution at the United Nations General Assembly on Wednesday that condemned Russia’s invasion of Ukraine.

Israeli Prime Minister Naftali Bennett has also spoken with Ukrainian President Volodymyr Zelensky and is delivering a 100-ton humanitarian aid package. Bennett has also reportedly offered Israel to act as a mediator between Russia and Ukraine.

But Zelensky, who is Jewish, told an Israeli news outlet on Thursday that while he is appreciative of support expressed by the Israeli public, “I don’t feel the Israeli prime minister has wrapped himself in the Ukrainian flag.”

“I spoke with the Israeli leadership, we have not bad relations — but these things are tested in times of crisis,” he reportedly said during a press conference in Kyiv.

Graham told The Hill that Jerusalem’s initial hesitation was a “hiccup.”

“I came away pleased,” he said of talks with Israeli officials. “They jumped on the [U.N.] resolution yesterday, they’ve been providing pretty robust assistance, they’re having constant contact with the Ukrainian president and his team, so I think we had a hiccup early on and hope we’re in a better position and I believe we are.”

Another holdout country that is challenging the administration’s global response is India, which has a historically close relationship with Moscow rooted in importing and relying on Russian military equipment.

India abstained from voting at the U.N., in both the Security Council and the General Assembly, on the resolution condemning Russia’s invasion of Ukraine.

Donald Lu, the assistant secretary of State for South Asian affairs, told lawmakers on Wednesday that the administration has been in a “pitched battle” to get India to more publicly commit itself to the U.S. position against Russia and is weighing sanctions against New Delhi over its Russian military stockpiles.

Biden spoke with Indian Prime Minister Narendra Modi on Thursday along with leaders of Australia and Japan under the banner of the Quadrilateral Security Dialogue, a security grouping focused on the Indo-Pacific.

Psaki did not address a reporter’s question over whether India’s relationship with Russia was discussed, saying only that the Quad conversation was “constructive.”

Lu, during the hearing with lawmakers, said a visit by Pakistani Prime Minister Imran Khan to Moscow on the day that Russia launched its invasion against Ukraine has hurt communication between Washington and Islamabad.

“I think we’re trying to figure out how to engage with the prime minister following that decision,” the assistant secretary said.

And China has not backed down from supporting Russia’s position in the conflict, despite reported efforts by the administration to recruit Beijing to help stop war in Ukraine.

Relations between the U.S. and China are at a nadir, and export controls and sanctions recently imposed on Russia by the West may ultimately have the effect of pushing Russia and China closer together.

In the Gulf, Saudi Arabia has resisted calls to increase oil exports to prevent energy prices from spiking for global consumers amid Russia’s invasion.

Psaki on Thursday said that administration officials last engaged directly with the Saudis in Riyadh on global energy markets in February related to Russia’s then-potential invasion of Ukraine, but had no announcements about upcoming communication.

The United Arab Emirates, another key oil exporter, has also resisted taking a public stance against Russia. The UAE abstained from voting on the U.N. Security Council for the resolution against Russia, but voted in the affirmative in the General Assembly.

Yousef Al Otaiba, the Emirati envoy to the U.S., said that relations between Washington and Abu Dhabi are going through a “stress test, but I am confident that we will get out of it and get to a better place,” Reuters reported.

Biden is coming under increasing pressure to impose sanctions on Russia’s oil and gas sector. House Speaker Nancy Pelosi (D-Calif.) on Thursday added her name to a list of lawmakers who have backed a ban on U.S. imports of Russian oil.