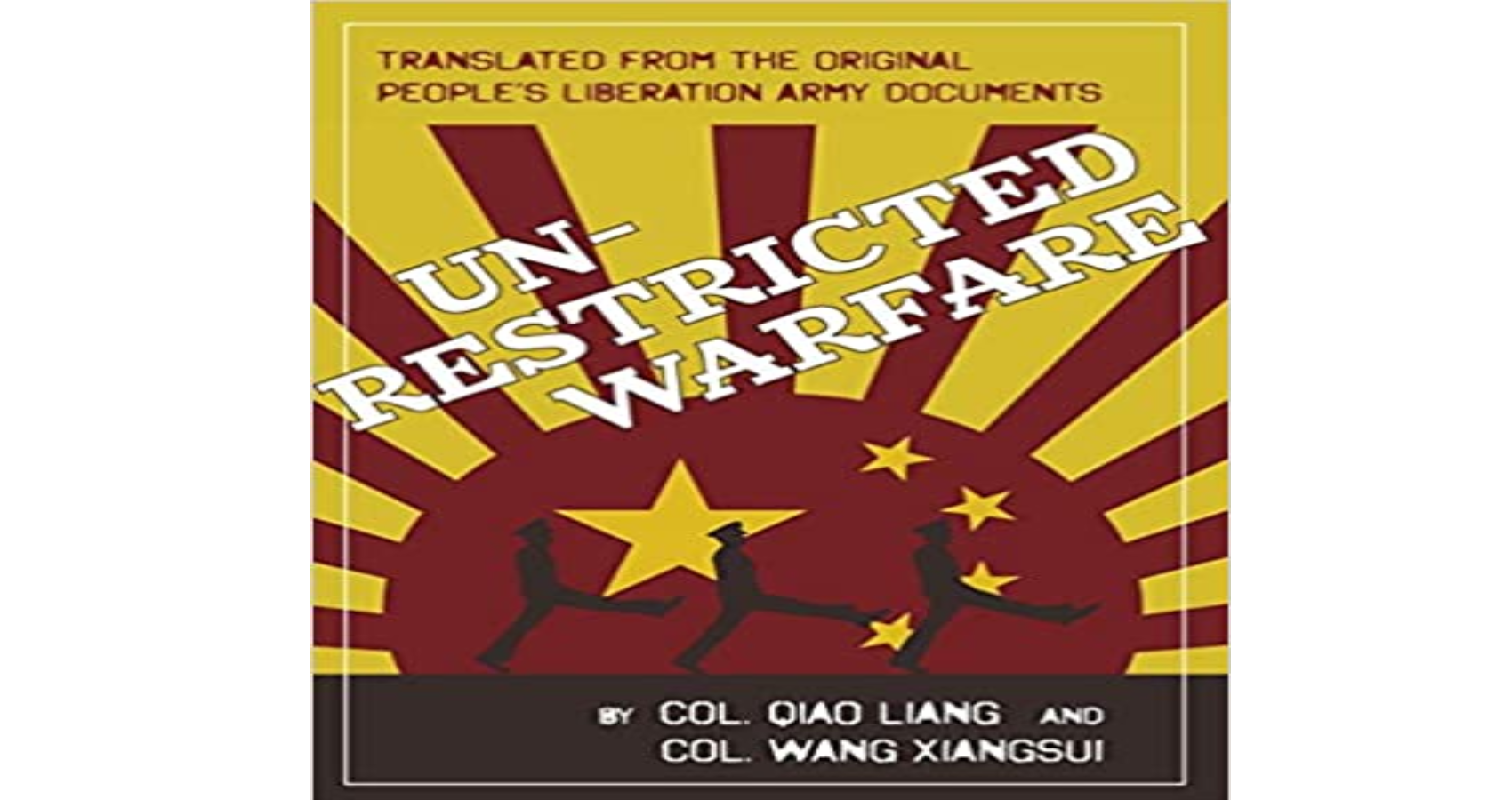 A sobering and fascinating study on war in the modern era, Unrestricted Warfare carefully explores strategies that militarily and politically disadvantaged nations might take in order to successfully attack a geopolitical super-power like the United States. American military doctrine is typically led by technology; a new class of weapon or vehicle is developed, which allows or encourages an adjustment in strategy. Military strategists Qiao Liang and Wang Xiangsui argue that this dynamic is a crucial weakness in the American military, and that this blind spot with regard to alternative forms warfare could be effectively exploited by enemies. Unrestricted Warfare concerns the many ways in which this might occur, and, in turn, suggests what the United States might do to defend itself.

The traditional mentality that offensive action is limited to military action is no longer adequate given the range of contemporary threats and the rising costs-both in dollars and lives lost-of traditional warfare. Instead, Liang and Xiangsui suggest the significance of alternatives to direct military confrontation, including international policy, economic warfare, attacks on digital infrastructure and networks, and terrorism. Even a relatively insignificant state can incapacitate a far more powerful enemy by applying pressure to their economic and political systems. Exploring each of these considerations with remarkable insight and clarity, Unrestricted Warfare is an engaging evaluation of our geopolitical future.

More relevant than ever, this interesting handbook on modern all-enveloping warfare was first published in China in 1999. Re-digitized from the 2004 Filament Books edition, this new edition contains specific methods for American troops, government, academia, and business circles for dealing with unrestricted warfare.

Coauthored by Major General Qiao Liang and Wang Xiangsui, the book has been required reading at West Point. The People’s Liberation Army manual for asymmetric warfare details the waging of war, strategically and tactically, using weapons not limited to bullets, bombs, missiles, and artillery shells. The two PLA officers who advocated the strategy set forth in the following pages argue that modern warfare, in ways not too dissimilar from Sun Tzu’s Art of War, is about impeding the enemy’s ability to wage war and to defend itself against a barrage of attacks against its economy, its civil institutions, its governmental structures, and its actual belief system.

This is not a manual for achieving an overnight victory. Rather, it is a recipe for a slow but inexorable assault on an enemy’s institutions, often without the enemy’s knowledge that it is even being attacked. As Sun Tzu once wrote, “If one party is at war with another, and the other party does not realize it is at war, the party who knows it’s at war almost always has the advantage and usually wins.” And this is the strategy set forth in *Unrestricted Warfare,* waging a war on an adversary with methods so covert at first and seemingly so benign that the party being attacked does not realize it’s being attacked.

In the age of the worldwide internet, what seems like the free flow of information is also an open door policy for one country to insert its propaganda into the thinking and belief systems of its enemy. Do we consider Vladimir Putin’s Russia to be a friend to the United States? Are we really that naïve? Voting constituencies might have very legitimate reasons to support the politicians of their choice, but when those choices are based on the flow of absolutely false information inimical to the best interests of that population, it is an example of the success of asymmetric or unrestricted warfare, in essence, propaganda war. The Russians have been experts at this since the days of the czar, and since the experiments of Pavlov and his dogs have mastered the art of getting the responses they want from the stimuli they inject into their subjects’ thought patterns. In this past election cycle, it worked.

As you read the following pages, a manual for the military humbling of the United States through nonmilitary means that most Americans will not even realize, you should understand that this is not just a “what if,” but a reality. It is happening now even as North Korea’s Kim blusters about sending missiles towards Guam and Donald Trump responds by rattling his own saber in its scabbard. China, meanwhile, watches while its enemy is engaged with a tiny country that has the means to send nuclear tipped ICBMs to American cities. If North Korea attacks Guam or Pearl Harbor and the United States responds, who benefits? Not North Korea, not South Korea, not the United States. China benefits when U.S. Naval facilities on Guam or at Pearl Harbor are damaged so that the American presence in the Pacific is diminished to the point of incapacity.

Readers, therefore, should take this little manual as a dire warning. Complacency cripples. Hubris kills. And blindness without guidance usually leads one into the nearest wall if not hurtling down a flight of stairs. Thus, although this book was written almost twenty years ago, it should be regarded as the playbook for the destruction of not only the United States, but of western democracies in general.