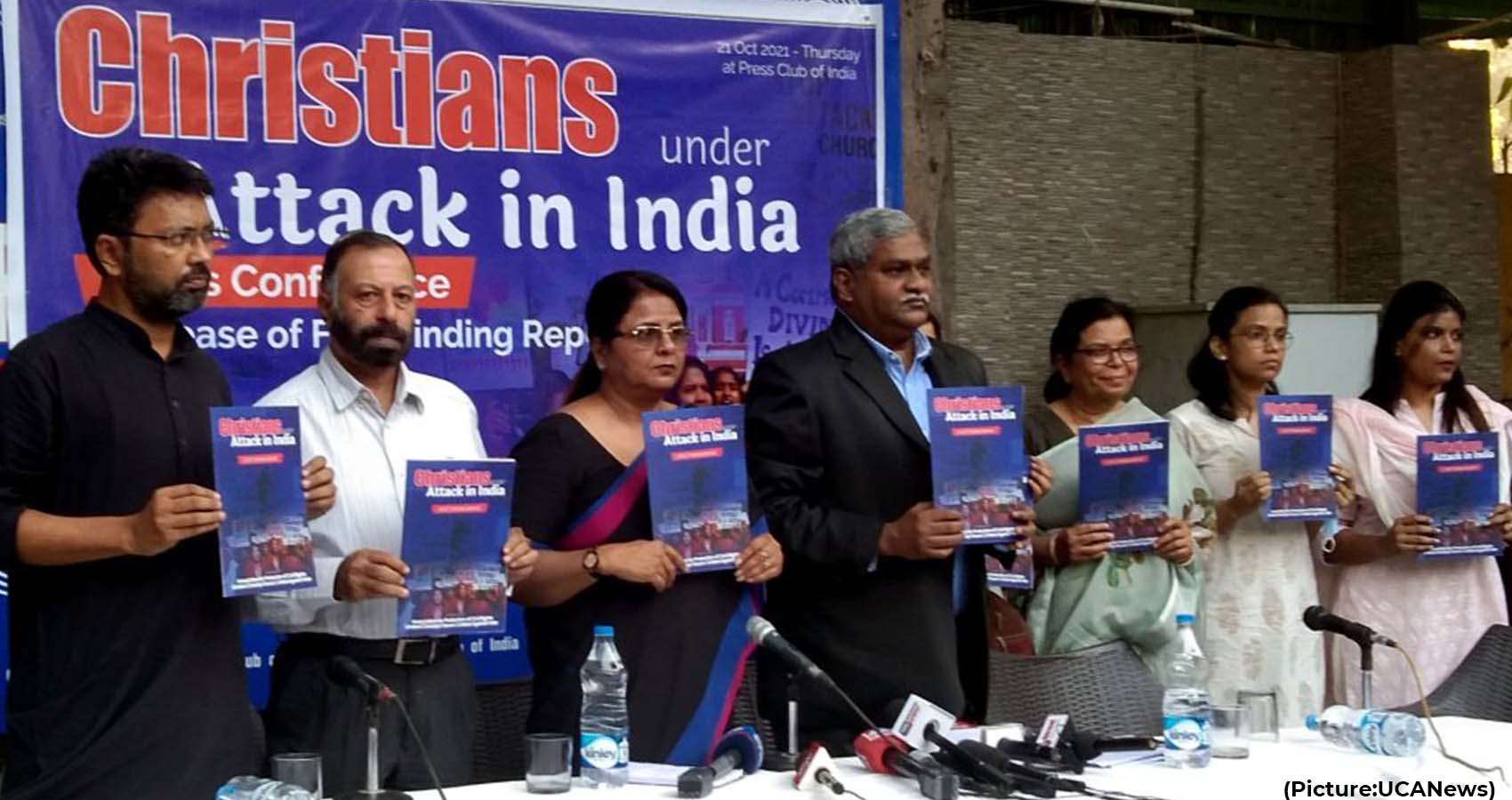 The United Christian Forum (UCF) has demanded urgent judicial and government intervention to check the rapid rise in incidents of violence, coercion and false arrests, traumatising the community. This persecution is most acute in states such as Uttar Pradesh, Madhya Pradesh, Chhattisgarh and Karnataka; the UCF said citing data collected from its National Helpline Number 1800-208-4545 and human rights groups.

Though the year 2022 is not even halfway over, there already have been 207 cases of violence.  Just in May this year, we recorded 57 cases.  In 2021, UCF had documented 505 cases, with Christmas seeing 16 acts of violence, including desecration and breaking of statues of Jesus Christ at a historic church in Haryana.

“This data flies in the face of statements by government functionaries and leaders of the ruling parties at the centre and in the states that there is no persecution, and that there are only a few stray incidents by fringe elements”, UCF National President Michael Williams said.

It is ironic that the culprits, many of whom film their acts of vandalism and physical violence on unarmed women and men, seem to defy the law; peaceful pastors and others are arrested on charges of “conversion” during routine prayer services. In all such cases, the police is either a mute spectator, or an active participant in the persecution. Despite our appeals to senior officials and administrators, the police have failed to follow protocol, rules, and investigations.

More than one incident has taken place each day so far in 2022. There were 40 incidents in January, 35 in February, 33 in March, 40 in April and nearly double in May with 57 incidents in 31 days with almost 2 incidents a day. There were 48 incidents in Uttar Pradesh, 44 in Chhattisgarh, 23 in Jharkhand and 14 in Madhya Pradesh.  As the new anti-conversion ordinance is implemented in Karnataka, 6 cases were reported from the state.

Other than physical assaults, incidents include brutality against women, vandalism, forcible closure of churches, disruption of Sunday prayers and social ostracization which is most visible in small towns and villages.

We cite two cases from Chhattisgarh and one from Uttar Pradesh as illustrative of the persecution of Christians.

On 2nd May, in Bastar district, a 65-year-old Christian woman and her son were threatened with a social boycott by the panchayat if they professed the Christian faith. The two maintained they were Christians and would remain so. At this, they were attacked and severely injured. The woman sustained multiple injuries, including a wound on the head, and had to be hospitalised. A complaint has been filed before the Superintendent of Police and the District Collector.

On 31st May, in Jaunpur district of Uttar Pradesh, a pastor was conducting a prayer service when a mob barged in, dragged him out, beat him up, saying he was converting people. The police, rather than acting against the assailants, arrested the pastor, booking him u/s 295A IPC (deliberate and malicious acts, intended to outrage religious feelings). He remained behind bars until his bail on 3rd June 2022.

UCF toll-free helpline number: 1-800-208-4545 was launched on 19th January 2015 with the aim of upholding fundamental freedom and promotion of values of justice, liberty, equality and fraternity of India. The helpline helps people in distress, especially those who are not aware of the law of the land and the system by guiding them how to reach out to the public authorities and by providing the way to legal remedies.