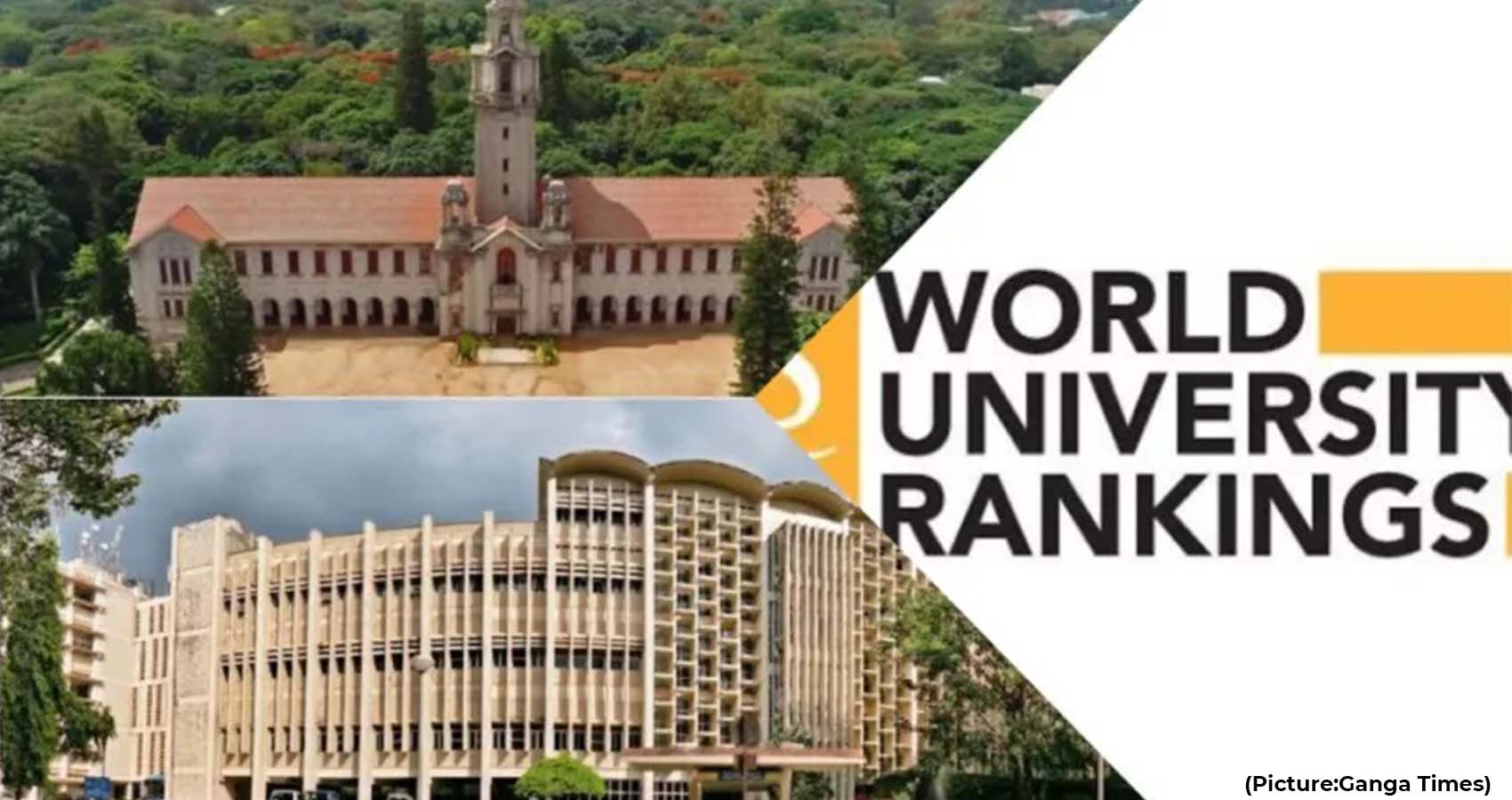 Rising 31 places in a year, Indian Institute of Science (IISc) in Bengaluru has emerged as the highest ranked Indian institute in the 2023 edition of the QS World University rankings, pushing IIT-Bombay to the second position, followed by IIT-Delhi.

Speaking to the media, QS spokesperson William Barbieri attributed the remarkable rise of IISc, which is one of the eight public Institutes of Eminence (IoE), to improvement across four out of six parameters based on which the rankings are prepared.

Barbieri said: “IISc has had an exceptional year across QS indicators. Remarkably, its strongest performing metric, Citations per Faculty, in which it is the world leader, has not changed year-on-year and it remains at the top of the table. It is the improvements across QS’s other criteria to which it owes its impressive performance. IISc achieves gains in 4/6 metrics, most notably, it has drastically expanded its number of International Faculty. However, significant improvements in Academic and Employer Reputation alongside teaching capacity have all combined to propel IISc to the peak of India’s educational hierarchy.” 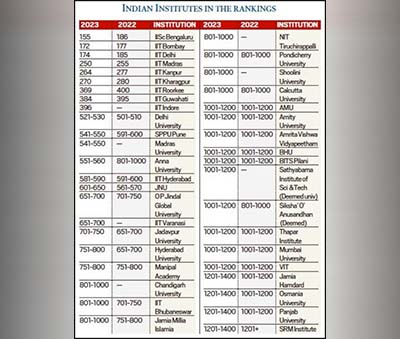 According to the CpF indicator of Quacquarelli Symonds (QS), which is a London-based higher education analytics firm, when universities are adjusted for faculty size, IISc Bengaluru is the world’s top research university, achieving a perfect score of 100/100 for this metric. “Furthermore, IISc Bengaluru is the fastest rising South Asian university among the QS World University Rankings top-200,” said a QS statement.

Overall, Indian education institutes, 41 of which made it to the rankings, have performed poorly across many key metrics. For instance, 30 out of 41 ranked universities have suffered declines in the FSR indicator, with only four recording improvements.

“However, on an encouraging note, now two Indian universities rank among the top 250 for Faculty/Student Ratio, compared to none in previous editions. The highest performing in this metric is Savitribai Phule Pune University (225 th for FSR) and O.P. Jindal Global University (235 th for FSR), followed by IISc Bengaluru (276 th for FSR),” QS noted.

Globally, the Massachusetts Institute of Technology was declared the best university for the 11th straight year. The second place went to the University of Cambridge, followed by Stanford University. China has 28 universities among the top 500, including six in the top 100 with Peking University getting rank 12 and Tsinghua University placed 14th.

Notably, all the IITs, barring one, which feature in the rankings have improved their standing. In fact, IIT-Indore made the highest-ranking debut in the list, securing the 396th slot globally, while IIT-BHU made its maiden appearance in the 651-700 band.

The report shows that India’s presence in the top 500 category is also IIT-driven. Apart from IISc, eight IITs (Delhi, Bombay, Madras, Kanpur, Kharagpur, Roorkee, Guwahati, Indore) are ranked among the top 500 globally. No other Indian university, public or private, has found a place in this category, five years into the launch of the Institute of Eminence scheme.

One of the objectives of the IoE scheme was to help ten public and as many private Indian higher education institutions break into the top 500 of reputed rankings such as QS within a decade, and in the top 100 “over time”. The scheme continues to languish in the absence of an empowered expert committee which is meant to drive it.

Also, one of the three private IoEs, OP Jindal Global University, with a rank in the 651-700 band, is the highest-ranked private university in the country, according to QS. The other two private IoEs — Manipal Academy of Higher Education and BITS-Pilani — were placed in the 751-800 and 1,001-1,200 bands, respectively, same as last year.

The report was prepared on the basis of responses from 1,51,000 academics and 99,000 employers across the world.