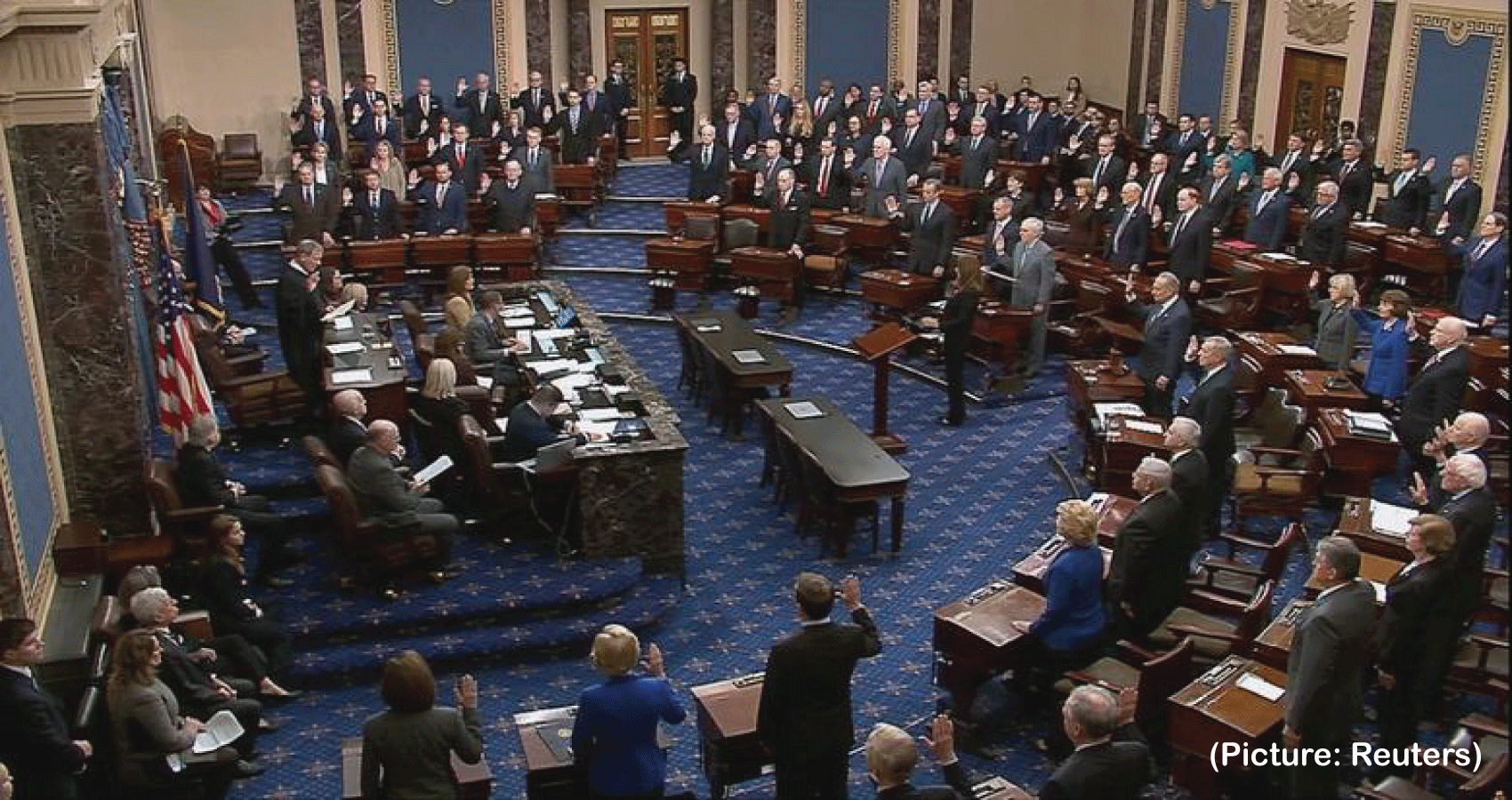 No American president has been impeached twice. Nor has any in 245 years faced two impeachment trials, the second one while no longer in office. Donald Trump’s historic second impeachment trial is opening on Tuesday with a sense of urgency. Democrats want to hold the former president accountable for the violent U.S. Capitol insurrection. And Republicans want it over as fast as possible.

It comes just over a month since the deadly Jan. 6 riot. Senate leaders are still working out the details, but it appears there will be few witnesses, and Trump has declined a request to testify.  Holed up at his Mar-a-Lago club in Florida, the former president has had his social media bullhorn stripped from him by Twitter, without public comments since leaving the White House.

House managers prosecuting the case are expected to rely on the trove of videos from the siege, along with Trump’s incendiary rhetoric refusing to concede the election, to make their case. His new defense team has said it plans to counter with its own cache of videos of Democratic politicians making fiery speeches. The House impeached Trump Jan. 13 on the charge of inciting insurrection.

Trump has been accused of inciting the 6 Jan attack on the Capitol by a crowd of his supporters. But members of his Republican party are mostly standing by him.  What’s the case against him and what are the chances of a conviction?

Leading Republican Liz Cheney has suggested that Donald Trump could be criminally investigated for his role in provoking the siege on the US Capitol last month. Speaking on Fox News yesterday, the third most senior Republican in the House of Representatives referenced the “massive criminal investigation” under way in the US, saying it would look at “everyone who was involved” and that “people will want to know what the president was doing”.

Her comments come as the Senate prepares to begin Trump’s historic second impeachment trial, with arguments set to commence on Tuesday. The former president is accused of inciting the Capitol insurrection, which left five people dead, the building looted and smashed, and Senators cowering behind furniture.

The outcome looks inevitable, with Republicans expected to acquit Trump regardless of the merits of the case. But even if it doesn’t result in his conviction, the trial will bring to light previously-unknown details of the attack, with Democratic impeachment managers expected to present new video footage and eyewitness testimony. David Smith looks at the differences between Trump’s first and second trials, and what to expect as the event unfolds this week.

The ultimate outcome of the trial does not appear to be in doubt: Trump will be acquitted by the Senate for the second time, falling well short of the two-thirds votes needed for conviction.

But that doesn’t mean the next week — and possibly two — will be without drama as the House impeachment managers recount the destruction caused in the deadly January 6 riot and argue that Trump was the one who incited the insurrectionists to ransack the US Capitol.

House Democrats on Thursday sought testimony from Trump himself at the trial, a move that was swiftly rejected by Trump’s legal team. Democrats are unlikely to subpoena the former President and risk a drawn-out legal battle, feeling they can make their case that he incited the rioters without his testimony, just as they swiftly impeached him for “incitement of insurrection” one week after the January 6 riots.

The trial could take longer than expected, after a leading member of Trump’s defence team asked that proceedings are halted during the Sabbath so that he can meet his obligations as an observant Jew. David Schoen wrote to senior figures in both the Democratic and Republican party to ask that the trial is postponed from 5.24pm on Friday until Sunday, apologizing for any inconvenience but explaining “the practices and prohibitions are mandatory for me … so I have no choice”.