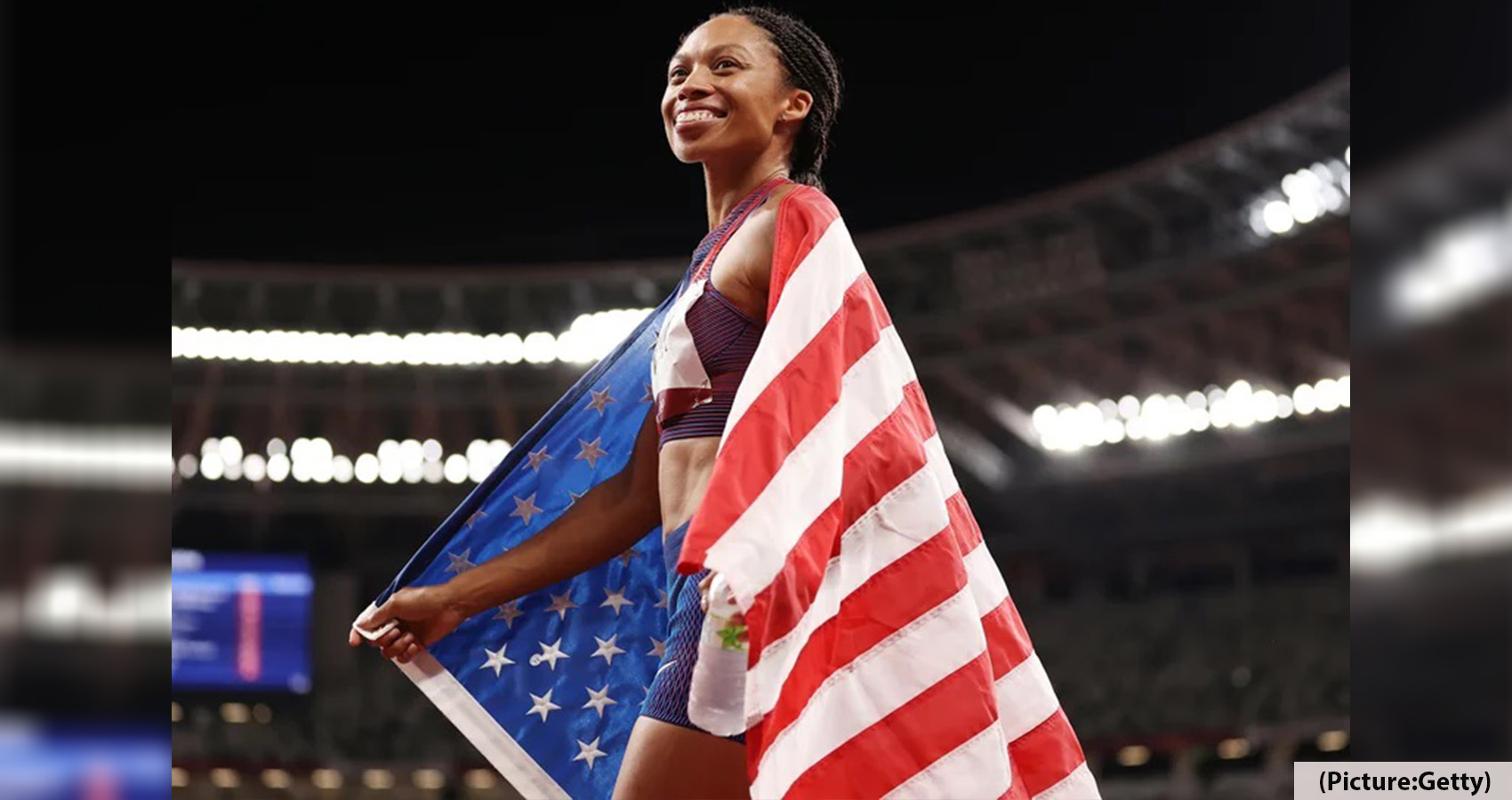 Allyson Felix cemented her place as the greatest American track and field athlete of all time Saturday morning. The 35-year-old track star won her 11th Olympic medal on Saturday morning, surpassing the American record of 10 medals in track and field set by Carl Lewis in 1996. Only Paavo Nurmi of Finland, who won 12 medals during his career as a long-distance runner, holds more.

The U.S. women’s 4x400m relay team of Kendall Ellis, Lyann Irby, Wadeline Jonathas, and Kaylin Whitney won the qualifying heat in 3.20.86 on Thursday.  The U.S. subbed all four runners for the final, putting together an all-star team of runners, each of whom had already won individual medals in Tokyo.

Lewis warmly congratulated her in a post on Twitter. “35 never looked so good,” he said. “What an amazing career and inspiration.” “I think people thought I was a long shot for me to even be on the U.S. team. And then, you know, I wasn’t a pick for the medals. But, you know, just give me a shot,” Felix said with a smile.

Earlier, she had won a bronze medal last week in the 400 meters at the Tokyo Olympics. This was Felix’s fifth Olympics and her 10th medal. She first competed in Athens in 2004 and has medaled in every Summer Games since then.

“This one is very different, and it’s very special. And it just took a lot to get here,” Felix said after the race. Felix’s time Friday of 49.46 is the second-fastest of her career, according to USA Track and Field. Her medal Friday means Felix now exceeded the record set by Jamaican athlete Merlene Ottey.

“No matter what it feels is stacked against you, you go out with character and integrity, you give your all, and that’s all anybody else can ask of you, and you’re proud with that,” Felix said.