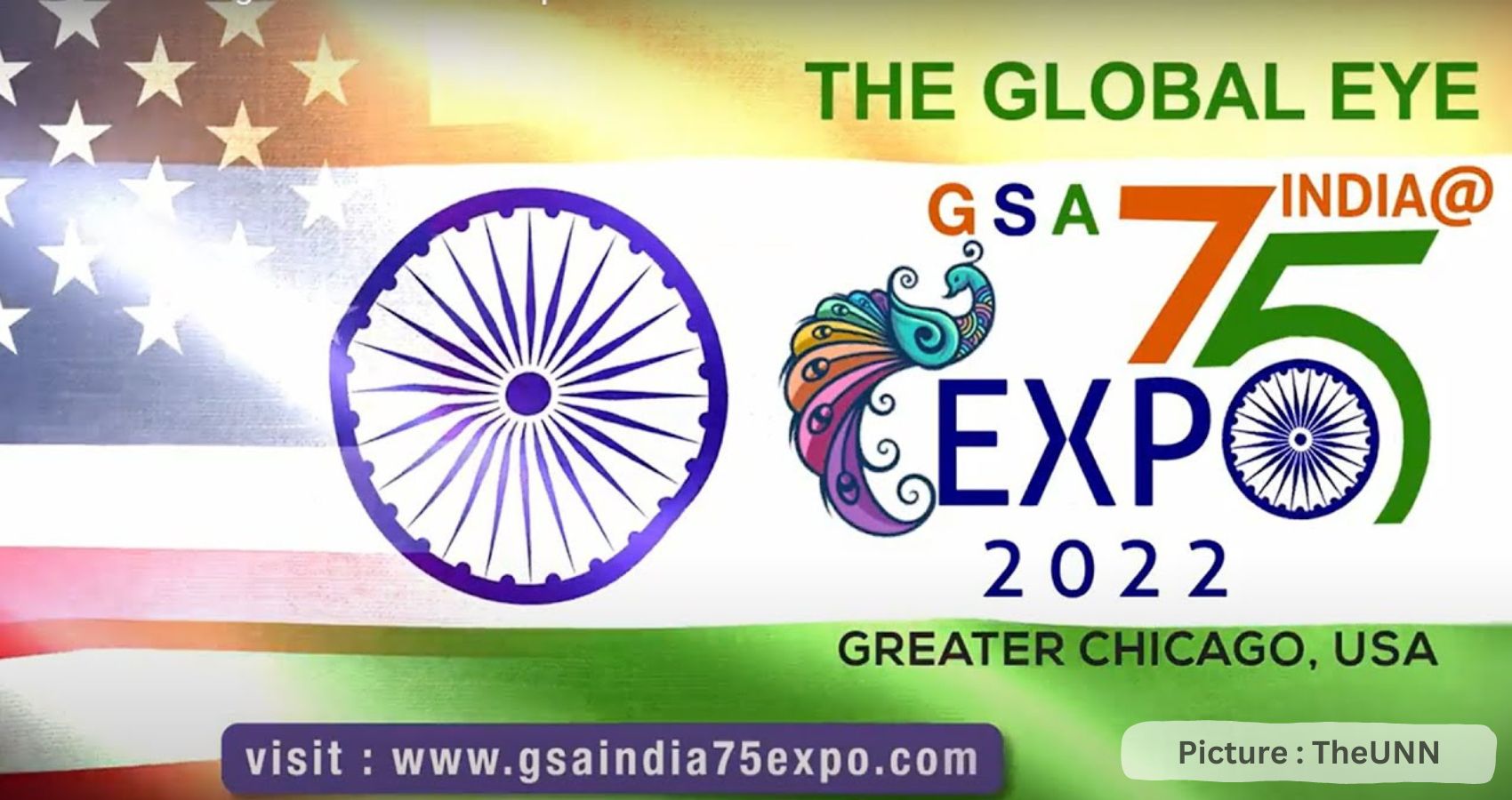 The 3 day extravaganza The G.S.A India @75 Expo 2022 opens on 15th December 2022 to at 10 am at the Sheraton Hotel in Lisle/ Napervile to showcase India’s transformation through growth and development as one of the top Global Economies since its Independence in 1947 to the present. This unique Expo will feature the ANCIENT INDIA and the NEW INDIA on a single platform through a Vibrant Trade Show, Meaningful Daily Workshops, Informative Plenary Sessions on the Investment opportunities in the States of India and a rich cultural extravaganza of dance, music, chanting, meditation in different forms, along with the talks on the science of Yoga, Ayurveda and Vaastu.

The Expo will be inaugurated by the Consul General of India in Chicago, Ambassador Mr. Somnath Ghosh and Congressman Mr. Danny K Davis in the presence of several local dignitaries including community leaders and political representatives.

This unique initiative of the Indian American community in Chicagoland is a pioneering venture that shall Engage the American Mainstream society, Empower India-US ties, Enhance Indo-US Businesses, Emphasize India’s contributions to U.S. Industry and Research and vice versa, Educate the younger generation and Enlighten the world.

The Expo Team has also received encouragement and support from the Indian Ministry of External Affairs in Delhi as well as the Indian Council of Cultural Relations.

At this unique EXPO, which is supported by volunteers from numerous local community organizations, we plan to showcase not only the traditional India’s art, culture, handicrafts, yoga, alternative medicine etc. but also, to showcase and discuss thru Workshops and Panel Discussions the advancements made by India in the last few decades in the field of Education, IT, AI, Digital Technology, Manufacturing, Healthcare, Medicine and Pharma, Energy and Space, Cinema, Renewal Energy and Sustainability and several other fields.

India’s new role as a world leader in these areas as well as its incredible tourism potential will also be discussed and displayed. Several MSME’s from India are also expected to participate.

The potential impact of such an EXPO will be seen in several spheres. The common American shall be able to see and appreciate the size, diversity, inclusiveness, and pluralism of India. He will also come to know about the immense progress made over the years in Agriculture, Industry and Economic spheres, which benefit not only India but the entire world.

The impact on the Indian Diaspora, particularly on the 2nd and 3rd Generation is also expected to be huge. They will see close hand the variety and diversity of India’s cultural heritage as also India’s advances made in several fields mentioned before.

The rollover benefit of the EXPO will be reflected in US India Relations, particularly Trade, Investments and Tourism, which should all be impacted in a positive manner.

The speakers and delegates for the expo are coming from across the United States, India, Europe and several other countries.