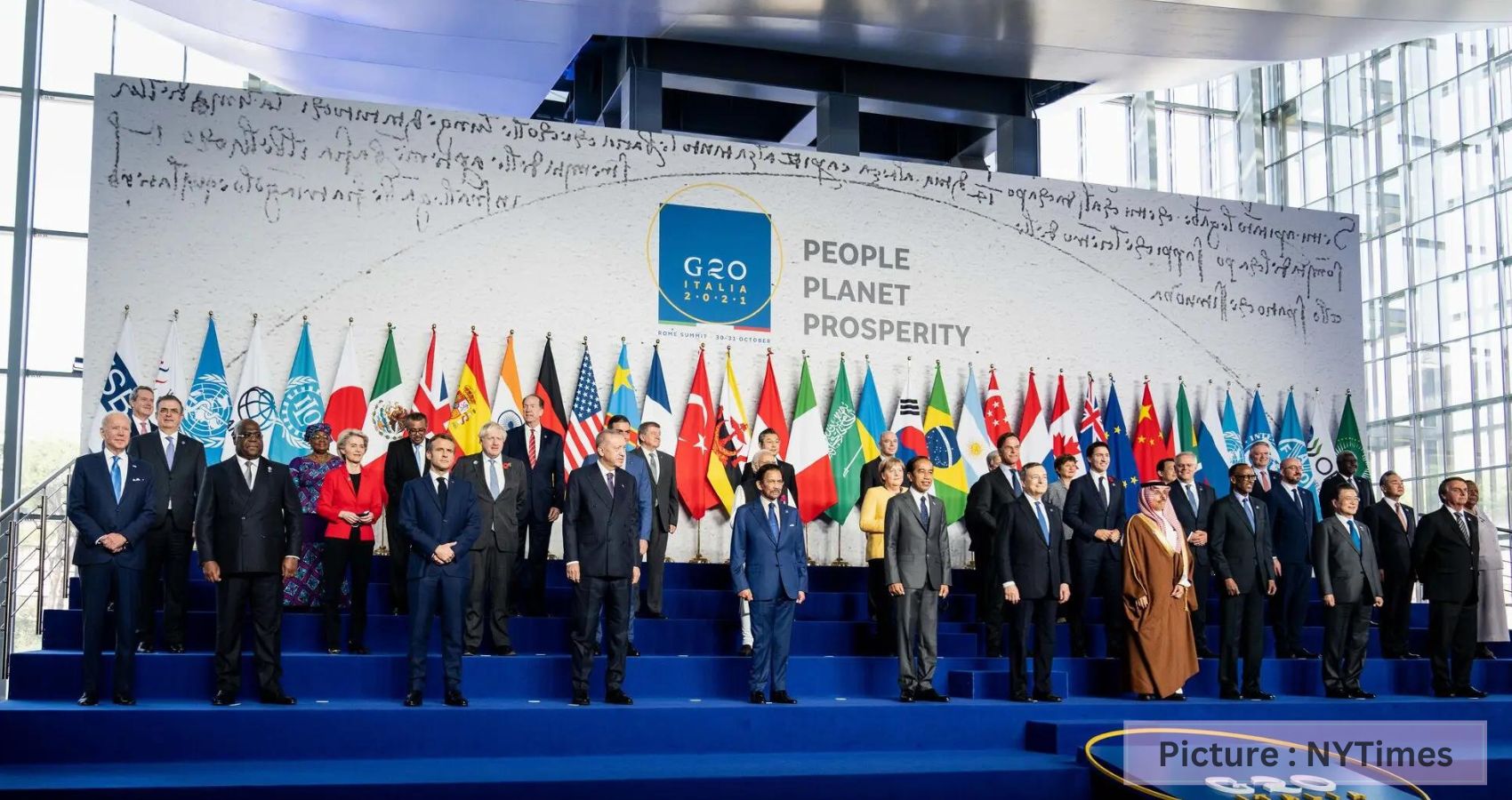 Ahead of time, the script for the G-20 summit in Bali, Indonesia, seemed to write itself. A grouping conceived in the heyday of globalization was meeting in person for the first time under the shadow of the new Cold War. China and Russia would clash with the United States and its allies. Ukraine would hog center stage. Indonesia made no secret of the fact that it feared that the interests of the rest of the world—sometimes dubbed the new nonalignment—would take second place.

There were moments in Bali that did conform to this script. Russian President Vladimir Putin declined to attend. Russia was at first represented by Foreign Minister Sergey Lavrov, who gave pugnacious press conferences in which he denounced Ukrainian fascists and brandished conspiracy theories about U.S. biolabs. Then Lavrov departed and Russia’s representation was reduced to the finance minister, effectively the junior tier of the G-20. When the missiles landed in Poland, the Indonesian president was obliged to delay a scheduled tour with journalists of a mangrove plantation, while U.S. President Joe Biden convened a war council of the G-7.

But if one takes the occasion as a whole, what is striking is how far the G-20 meeting succeeded in defying expectations.

It was, in fact, a relief that Putin chose to absent himself. It spared China and India the embarrassment of having to distance themselves from him too publicly. In Bali, there was no one who was keen to ally themselves with Russia. Ahead of the meeting, Chinese officials briefed the Western media more openly than ever before about the degree to which Moscow had left them in the dark ahead of the invasion.

This does not mean that China, India, and Brazil were going to fall in line with the United States and Europe in condemning Putin. In that crucial respect, they preserved their stance of nonalignment. But there was no hiding the fact that they regard the war in Ukraine as a threat to the world economy and are aghast at Putin’s nuclear saber-rattling.

Indonesia, which voted with the West against Russia in the United Nations, pushed for an end to the war, even if there was no unanimity. India provided the mantra that this is “not a time for war.” President Recep Tayyip Erdogan of Turkey strutted his stuff as the man who brokered the U.N. grain deal.

The emerging-market nations that might once have been regarded as junior members of the G-20 demonstrated clout and independence. Unlike their European counterparts, their autonomy and influence have grown with the crisis.

Meanwhile, on the most fundamental axis of global conflict, that between the United States and China, President Xi Jinping and Biden decided to talk. After the rather reckless escalation of recent months, there seemed to be a sense that it was time to reduce tension and find new protocols for engagement.

As Xi made clear to Prime Minister Justin Trudeau of Canada, this does not mean reaching for cheap headlines by spilling the beans on a private conversation with your Chinese counterpart. The Chinese may be bunkering themselves in behind the Great Firewall, but they follow what happens on our side and do not appreciate media stunts at their expense. The Biden team has less need for grandstanding and can be counted on to be more discreet. Not until the archives are opened will we have much idea of what was said in the three-hour conversation between Xi and Biden. And that is probably for the best. Discretion is a sign that things are getting serious.

The G-20 meeting ended with a leaders’ declaration, which made few new pledges but affirmed basic agreements, such as the commitment to the Paris climate accord.

None of this alters the fact that Russia’s war on Ukraine continues. The risk of escalation is serious. The tensions between the United States and China are real. China upholds its claims on Taiwan. The United States will likely continue its campaign of sanctions. Neither side has any room in domestic politics to back down. On both sides, talk of actual war is increasingly commonplace.

The two conflicts—Russia vs. West and China vs. United States—split the world. But there are also countervailing forces.

The nonaligned powers are a force to be reckoned with, more individually than as a group. But even individually they are significant players. They may be nonaligned and wary of any overt alignment with Washington, but at least, as far as Ukraine is concerned, they are not blind to the disruption caused by Putin and the risks of escalation. Clearly, both Beijing and Washington recognize the need to keep channels of communication open.

As in the Cold War, there are existential risks that require active management. If Bali is anything to go by, the G-20 may be one of the arenas in which that management takes place.

The G-20 may appear like the cliché of globalization, but it was in fact born out of crisis. Its origins lie in the mishandling of the Asian financial crisis of 1997-98 and the perception in the Clinton administration that a new forum was needed to give legitimacy to the International Monetary Fund and the World Bank. Initially, it was a meeting of finance ministers and economic officials. The meeting was raised to the status of a head-of-government meeting in 2008, when the Bush administration was desperately trying to coordinate its response to the financial crisis.

Today, we are in crisis once again, and once again the G-20 is providing a useful forum for diplomacy, both to defuse tension and, as Indonesia insisted, to balance the claims of geopolitics against the interests of economic development.

The format works because it encompasses 60 percent of the world’s population and 80 percent of GDP but is less unwieldy than the U.N. General Assembly or the U.N.’s climate conference.

The Bali G-20 demonstrated that conducting diplomacy in an age of crisis does not mean that things are destined to blow up or fall apart.

The word “crisis” derives from the Greek and captures a moment not of disintegration or explosion but of decision, a turning point, a moment in which you face choices that define your identity. That is true on multiple fronts right now—from the war in Ukraine to U.S.-China tension to climate change. You can manage the moment by deferring, fudging the issue, accepting a further escalation, or making a choice. In Bali, we saw a mixture of all these options.

It may have been bland. It did not resolve anything. But compared to the nightmare of World War III, which seemed to loom on Tuesday evening, it was a relief. (Adam Tooze is a columnist at Foreign Policy and director of the European Institute at Columbia University)  Courtesy: https://foreignpolicy.com/2022/11/17/g-20-world-government-china-united-states-india-europe/