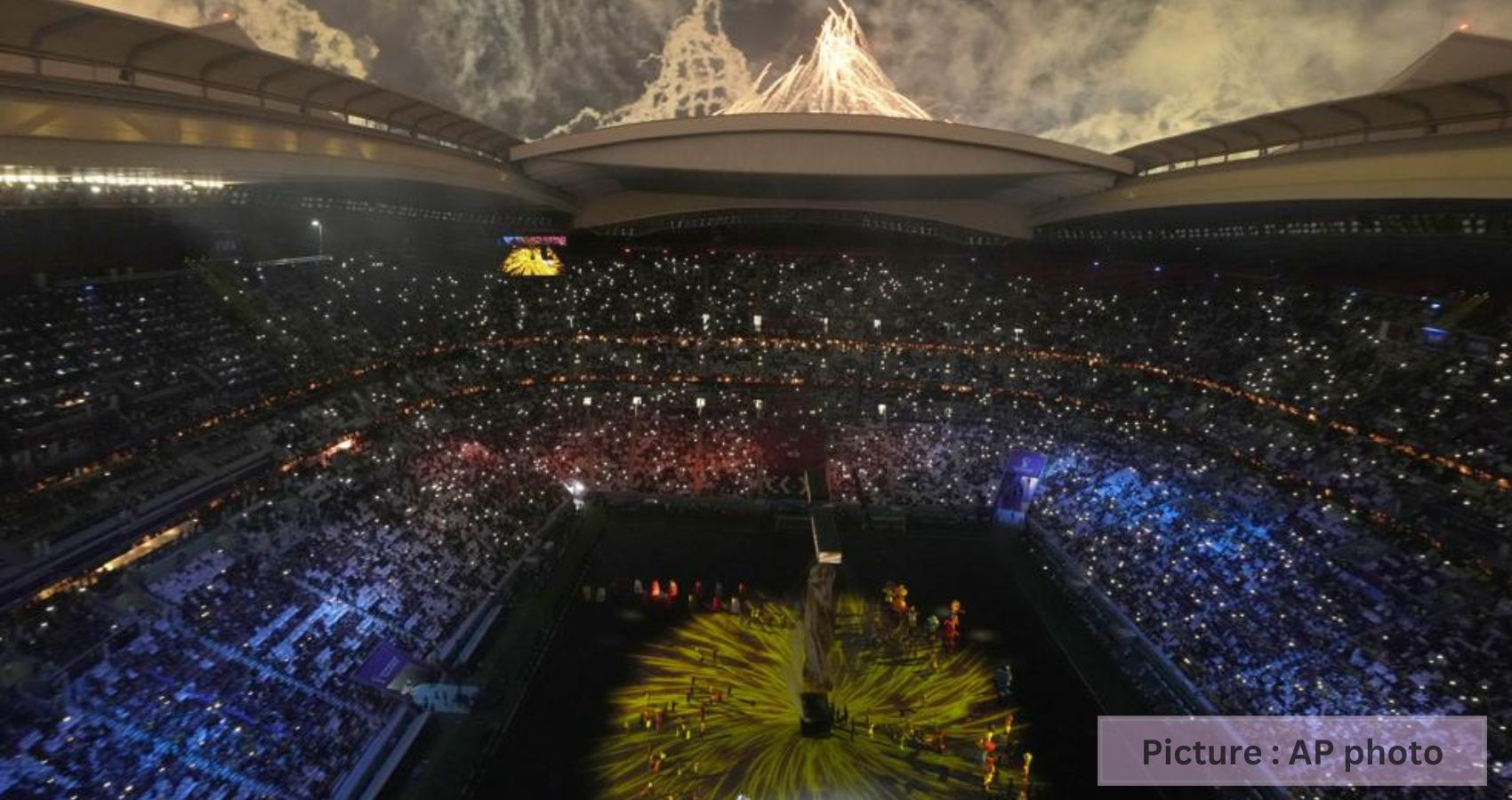 After 12 years of planning, $220 billion in government investment and countless controversies involving everything from workers’ rights to beer sales, the 2022 World Cup kicked off On November 20th, 2022 on the edge of the Qatari desert in a massive stadium built to look like a Bedouin tent.

It was a spectacular setting for the first World Cup to be held in the Middle East and the first to be held in a majority-Muslim country. And the night began with pomp worthy of those circumstances, with Morgan Freeman hosting a 30-minute opening ceremony that involved two sheiks, three camels, four drummers, the last 14 World Cup mascots and 32 dancers dressed as giant replicas of the participating teams’ jerseys.

A packed crowd of over 67,000 fans filled the Al Bayt Stadium in Al Khor, Qatar, for a match between the hosts and Ecuador. Making its first World Cup appearance, Qatar looked severely outclassed. The opening game between the host nation and Ecuador ended in a 2-0 win for Ecuador, making Qatar the first host country to lose a World Cup opener.

Ecuador thought they had made a dream start within three minutes when they silenced the home fans as Enner Valencia headed in, only for the goal to be ruled out by VAR for offside in the build-up. Thirteen minutes later, Ecuador did take the lead after Valencia dribbled round Qatari goalkeeper Saad Al Sheeb who grabbed his shin and the referee pointed to the spot. Valencia coolly rolled home the penalty.

Valencia added a second goal to seal Ecuador’s 2-0 win. That spoiled the team’s tournament debut and disappointed many in the sellout crowd, but the night was about more than just soccer.

The tournament has been awash in controversy from the start, however, with the bid process that awarded it to the country in 2010 marred by allegations of corruption and bribery. Five years later, FIFA, the governing body of global soccer, backed away from promises the tournament could be played in Qatar’s intense summer heat and moved the World Cup to the winter for the first time, scrambling domestic league schedules everywhere.

Qatar’s ruler, Sheikh Tamim bin Hamad al-Thani, was greeted with loud cheers by the home crowd as he officially opened the tournament, inside a stadium designed to look like a traditional Bedouin tent.

“From Qatar, from the Arab world, I welcome everyone to the World Cup 2022,” the 42-year-old said. “How lovely it is that people can put aside what divides them to celebrate their diversity and what brings them together.”

For Qataris, the hope is this tournament will prove the country, the smallest and youngest ever to host the event, is ready to become a major global player.