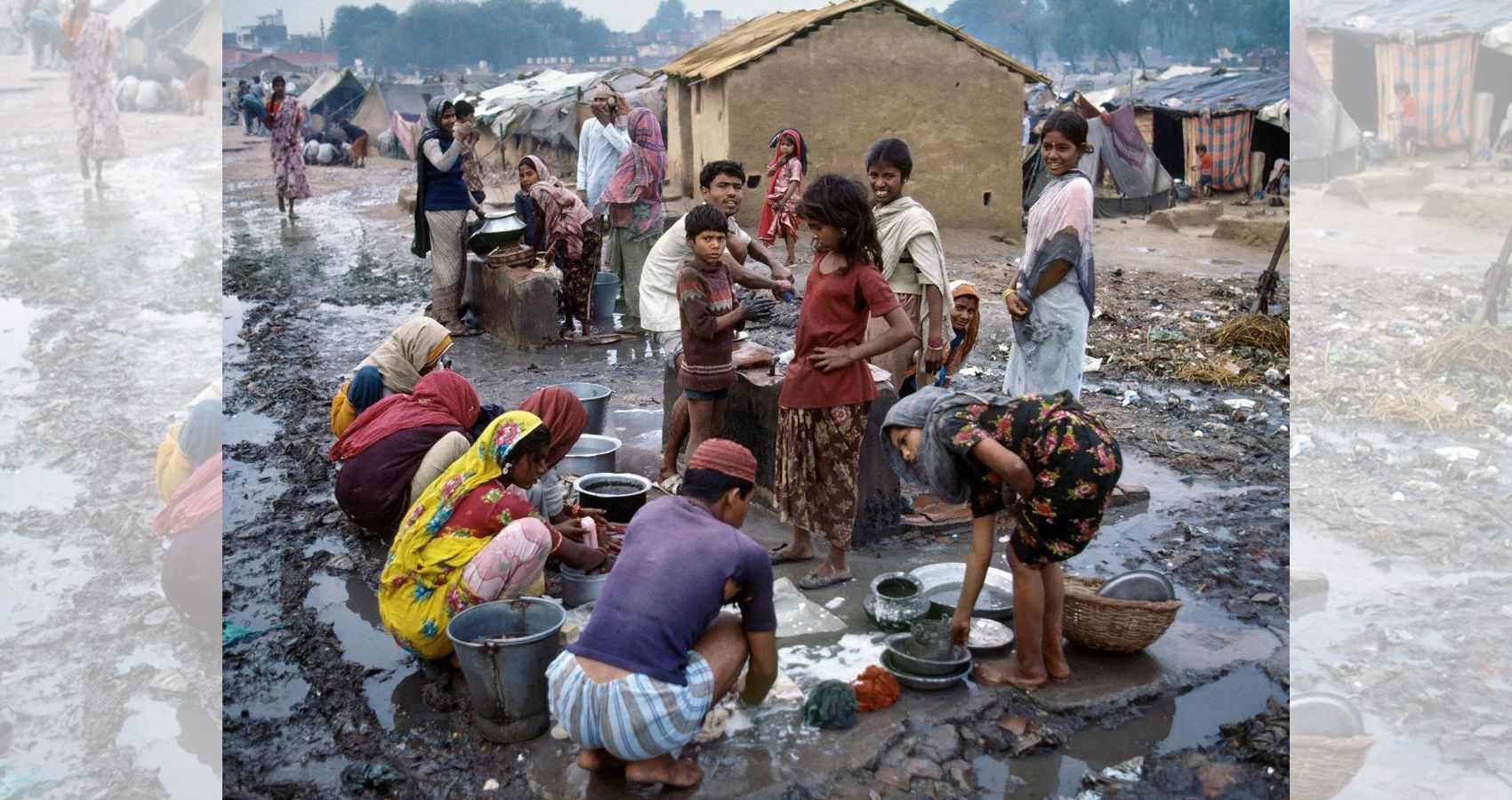 In his 1969 poem “The Poor,” Roberto Sosa writes “The poor are many /and so/ –impossible to forget.” At that time, over half of the global population lived in extreme poverty ( less than $1.90 per day per person). The World Bank estimates that around 8.5 percent of the world’s population (685 million people) could be extremely poor by the end of 2022, and that poverty is now declining at a very slow rate of only 2 percent a year.

Meanwhile, the rich—defined by World Data Lab as those in households spending more than $120 per day per person (2017 purchasing power parity)—numbering about 250 million worldwide, capture the most media attention. Oxfam’s “Inequality Kills” report shows that the richest 10 people made $810 billion between March 2020 and November 2021, and that the richest 1 percent are responsible for the same level of carbon emissions as the poorest 3.1 billion people.

In between the rich and poor, lives the middle class ($12-120 per day), numbering some 3.6 billion people. The 2022 OECD Economic Survey of the United States, described a “hollowing out” of the middle class. Their economic analysis has called on governments to help the struggling middle class for several years, and the attention given to inflation, taxes, trade, and energy policy all aims at generating a process of globalization that delivers greater prosperity to the middle class. 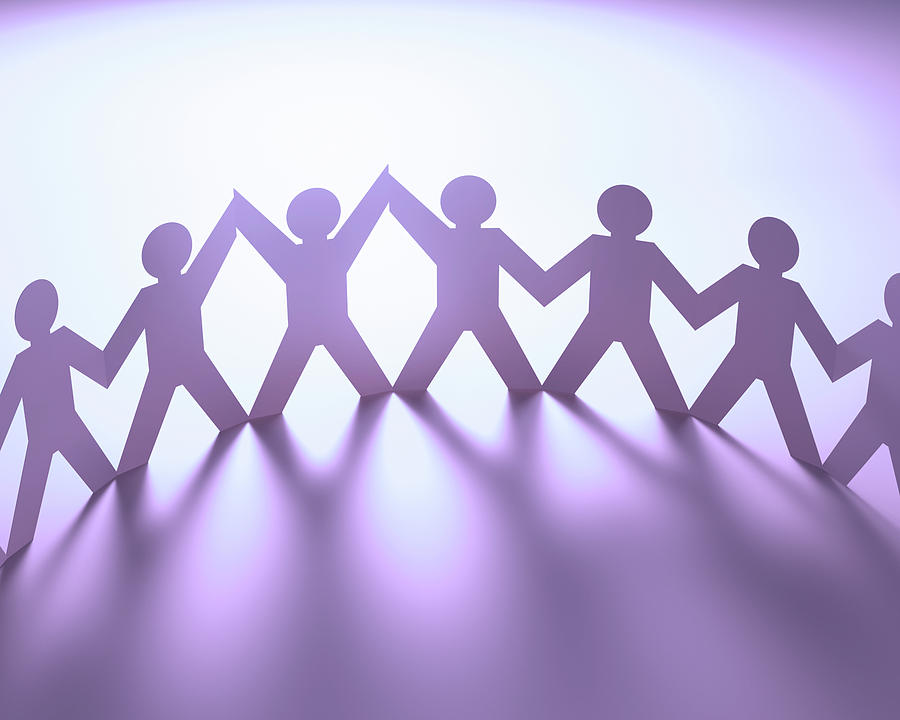 However, there are only 4.6 billion people in these three groups out of the 8 billion people on the planet. There are 3.4 billion people who are seemingly forgotten, not extremely poor, not part of the middle class, and not rich. Who are they?

The missing group is perhaps best described as the “vulnerable.” They are not poor enough to feature prominently in the poverty and inequality discourse, yet they have been seriously affected by the recessions caused by COVID-19, and by food and fuel shortages and price increases. Academics have long argued that the most vulnerable groups may not coincide with the poorest groups. For example, Whelan and Maitre look at the experience of Irish households and find that just over one-third of their vulnerable cluster is drawn from the poor, while two-thirds are drawn from the non-poor. They conclude that “poverty and economic vulnerability are obviously related but are still distinct.”

We look at vulnerability in terms of the risk of being pushed back into poverty and the risk of having expectations of entry into the middle class dashed. Both have significant welfare and behavior consequences.

Clearly, the risk of falling back into poverty, usually due to an economic, health, or conflict shock, depends upon a household’s distance from the extreme poverty line. The most vulnerable to this risk are those spending $2-5 per day per person. There are 1.3 billion people in this segment. The bulk of the 85 million people who may have fallen into poverty in 2020 came from this group.

At the other end of the spectrum is a group spending $8-12 per day per person. This group would have had reasonable prospects of joining the middle class in a few years. In normal times, over 100 million people move out of this group into the middle class. This has slowed to 90 million this year and a further loss of 5 million is expected in 2023, meaning that for tens of millions of people, the hope for entry into the middle class has been derailed.

In between, the group spending $5-8 is subject to both kinds of risk, although to a lesser extent. The chance of falling into poverty is smaller, and the prospects for advancing into the middle class are also smaller, so it is a more stable category. Nevertheless, it is a group where income volatility is high—a spell of unemployment, a poor crop, or a family health crisis can create proportionally large income losses. On the other side of the coin, a family member gaining meaningful employment, migrating and sending home remittances, or enjoying a good harvest can propel a family toward the middle class. Both the risk of something bad happening and something good not happening can affect these households significantly. 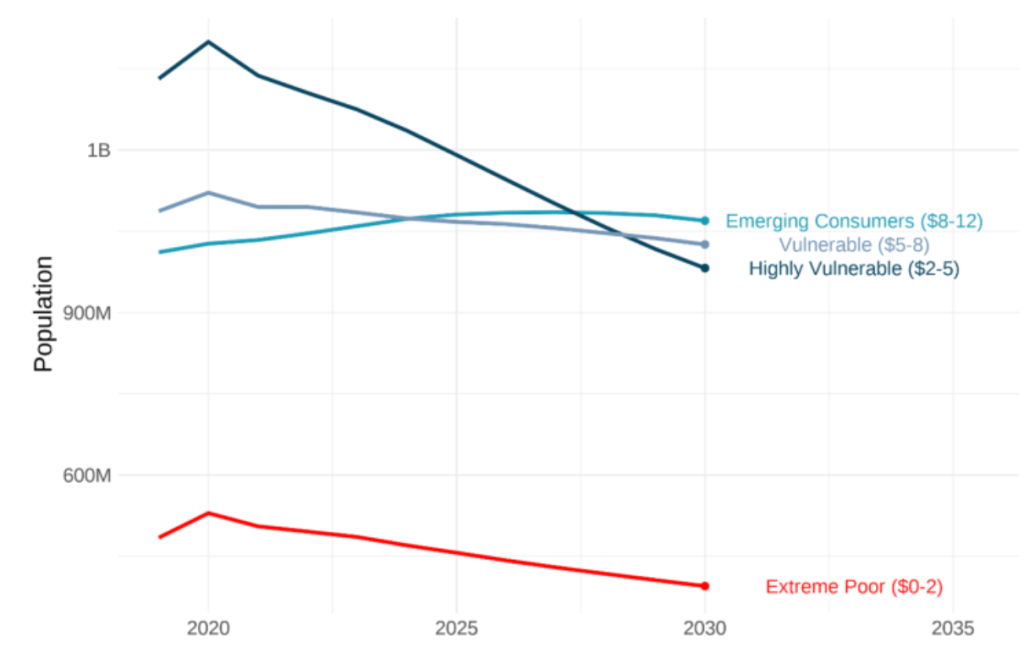 Figure 1 shows how the vulnerable are distributed among these spending categories today and in 2030 based on current projections of growth and distribution. The figure shows that the vulnerable are evenly spread across the three categories we have identified. It also shows that there is not likely to be a significant reduction in the size of this group in the next few years.

Given the size of the vulnerable group, governments would do well to pay more attention to them. Targeting social assistance based on spending/income levels is only likely to exclude a substantial portion of the vulnerable group. Additional metrics, based on country-by-country risk characteristics, are needed to build a more resilient population.

This recommendation is particularly important for Asian countries. There, great inroads have been made in reducing the absolute number of extremely poor people, so the vulnerable group is less likely to overlap with those in poverty. At the same time, Asian countries are witnessing severe climate-related shocks, so the vulnerability of many households has increased. By contrast, in Africa, levels of extreme poverty remain high, and the overlap between the vulnerable and the poor is larger. Then, targeting based on poverty, as is commonplace in many social assistance programs, will also assist in building resilience against vulnerability.

Although Asian countries have reduced poverty considerably, most people are still vulnerable. In fact, more than half of the Asian population is still poor or vulnerable. It will take another two to three years for Asia to cross the point where the majority of its population is middle-class or rich.

We need to pay more attention to the forgotten 3 billion. They are vulnerable on many dimensions, and their hopes and aspirations are in danger of destruction in today’s slow-growth and volatile economies. Identifying vulnerabilities is more complex than simply adjusting income poverty lines, although it should be one component. But the three-plus billion vulnerable people are many, and so—they should be impossible to forget. (Courtesy: Brookings Instituite)