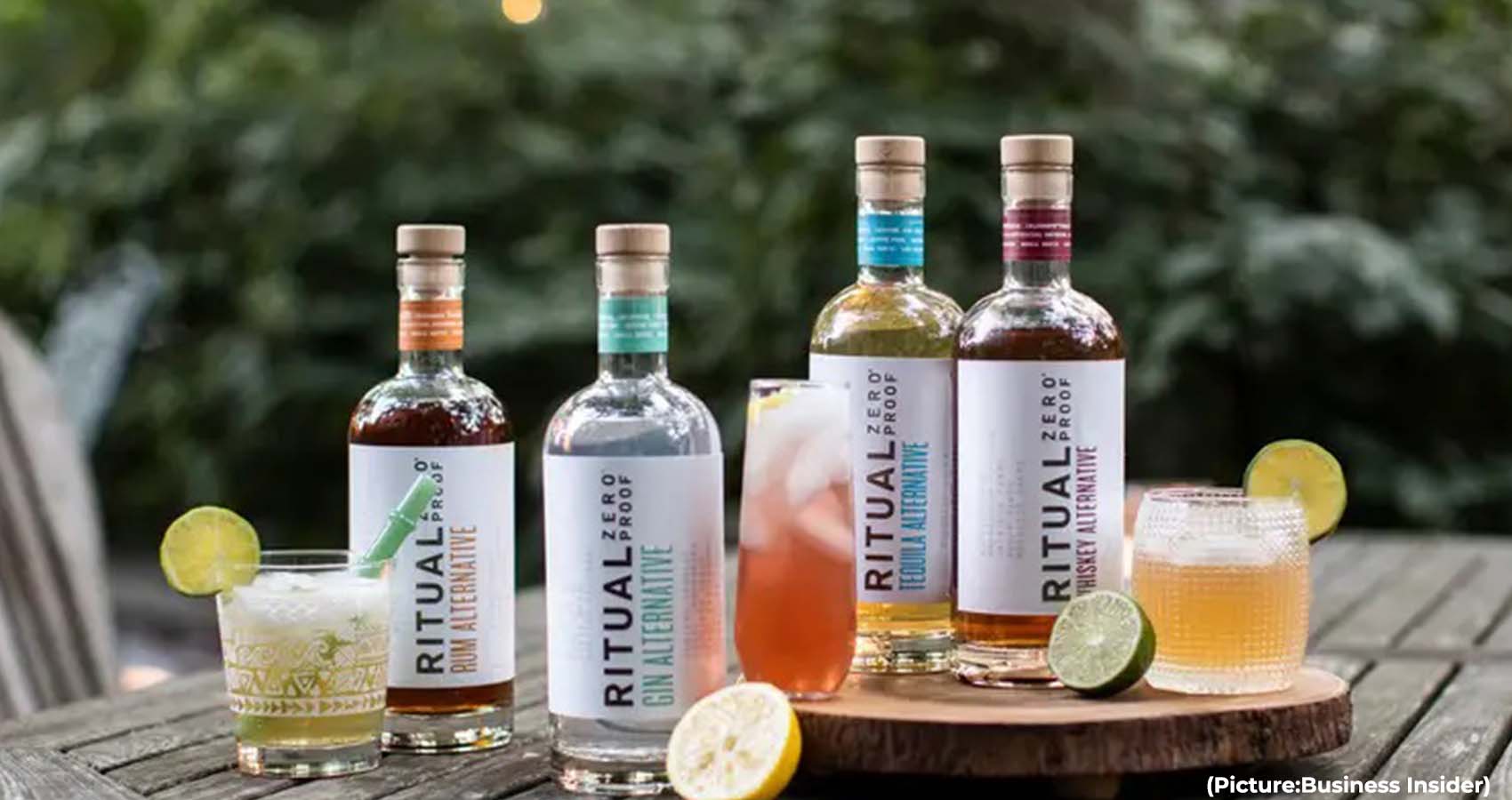 Non-alcoholic alternatives to booze have been around for a while. But recently, the sector has been booming.  For a long time “you had ‘near beer,’ which was kind of a joke,” said Duane Stanford, editor of Beverage Digest. “People would be discreet about drinking them. And now that’s completely changed.”

The non-alcoholic trend started to pick up a year or two before the pandemic, with no-alcohol bars catering to the so-called “sober curious” popping up in some cities, and has continued to grow at a rapid clip. 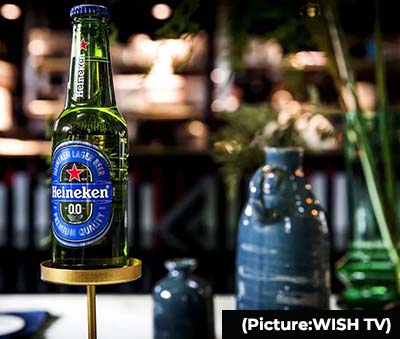 Mentions of Seedlip on drink menus has grown 100% year-over-year, Freier said, adding that “we’re now starting to see some new alcohol-free spirits show up on the market, especially in independent restaurants.”

Non-alcoholic booze alternatives are still a tiny market compared to regular alcoholic beverages. But while alcohol sales slip, sales of their alcohol-free counterparts are soaring.

In the year ending May 14, US retail sales of non-alcoholic spirits grew 116% to $4.5 million, according to NielsenIQ. Alcoholic spirit sales slipped about 1% to just under $21 billion.

Stanford sees it this way: As interest in non-alcoholic alternatives rises, there’s a greater imperative for brands to deliver better products as more of them launch.

“There is a real market force now to go and create those solutions and to really work at it,” he said. “There’s money to be made. So people are figuring it out.”

But, Stanford added, “I do wonder what the natural ceiling is for these products, because you don’t have the functionality of alcohol.” In other words, how many people really want booze without the buzz?

Going out, but drinking less

Demand for non-alcoholic alternatives has been largely driven by younger consumers who want to drink less but aren’t interested in abstaining from alcohol altogether, Stanford said.

“They’re not necessarily teetotaling. In fact, most of them aren’t,” he said. “They do drink alcohol, but they’re just trying to moderate.”

A non-alcoholic beer or cocktail might appeal to consumers who, for example, are observing Dry January. Or maybe they want to stay out late with friends, but keep drinking to a minimum. Perhaps they have to drive home, or are trying to avoid a hangover. Or they are aware of alcohol’s negative health effects, and want to consume less in general.

Those drinkers could always reach for a seltzer or a soda, of course. But non-alcoholic beverage makers are positioning their products as more sophisticated and flavorful. And, with colorful cans and festive packaging, they’re designed to help non-drinkers blend in.

“The biggest market play we’re seeing is this emphasized idea that customers can still gather, celebrate and enjoy a good drink while still abstaining from alcohol, whether that be for lifestyle choices or personal reasons,” Freier said.

Erin Flavin found herself imbibing more than she wanted to during the pandemic. So in October 2020, she decided to quit drinking. Sick of seltzer, she explored other options.

“I started out with teas,” she said. She discovered Rishi Tea & Botanicals, which makes a line of “sparkling botanicals” drinks. They come in flavors like grapefruit quince, dandelion ginger and elderberry maqui, made with red wine grape skins.

“I was drinking that a lot, in a beautiful glass, and still having my little ritual at the end of the night,” she said. “That really helped.” Last year, she started selling some non-alcoholic drinks at her Minneapolis hair studio, Honeycomb Salon. She plans to open a non-alcoholic liquor store soon.

While some, like Flavin, took stock of their drinking habits during the pandemic, others had been thinking about alcohol alternatives for years.

For Ben Jordan, it was challenging to find something flavorful but non-alcoholic to drink when he’d go to get-togethers while at graduate school, about a decade ago.

“I was wanting to drink beer at parties and in social environments, but didn’t want the effects of ethanol,” he told CNN Business. At the time, the non-alcoholic beer options were “pretty bad,” he said.

So he set out to find a solution, eventually co-founding ABV Technology, which sells and rents machines that remove alcohol from beer to craft breweries, enabling them to get in on the trend. ABV Technology also offers its products to distilleries and wineries. The company was incorporated in 2017, and Jordan is its CEO.

One surprising incentive for craft brewers deciding whether to invest in non-alcoholic beers? The hard seltzer craze.

Once ABV Technology’s machines remove alcohol from beer, that booze can then be used for hard seltzers. For a brewer, that affords the option of turning alcoholic beer into two products: non-alcoholic beer and trendy hard seltzer.

Ben Jordan, CEO of ABV Technology, Jordan predicts that in the United States, non-alcoholic beer could end up making up a fifth of the total US beer market.  “Things look very positive for the non-alcoholic beer industry right now,” he said.

But there are challenges ahead, especially as consumers cope with soaring inflation. Non-alcoholic beer, wine and spirits don’t come cheap.

Bottles of non-alcoholic spirits are priced in the $20 to $30-range on Amazon. And a can of non-alcoholic beer costs about the same, if not more, than the same sized-can of regular beer, Jordan said.

A sliver of the population may be willing to pay that amount for that alternative, Stanford said.

“Upwardly mobile, young consumers who want these kinds of products for specific lifestyle reasons — as long as you’re offering them quality and something that they actually want to hold and be seen with, they will pay those prices,” he said.

But getting money-conscious skeptics on board? “The challenge is, you’re gonna have to convince them that the quality is there,” Stanford said, “that they’re going to look cool drinking it, and they’re going to want to be seen with it.”