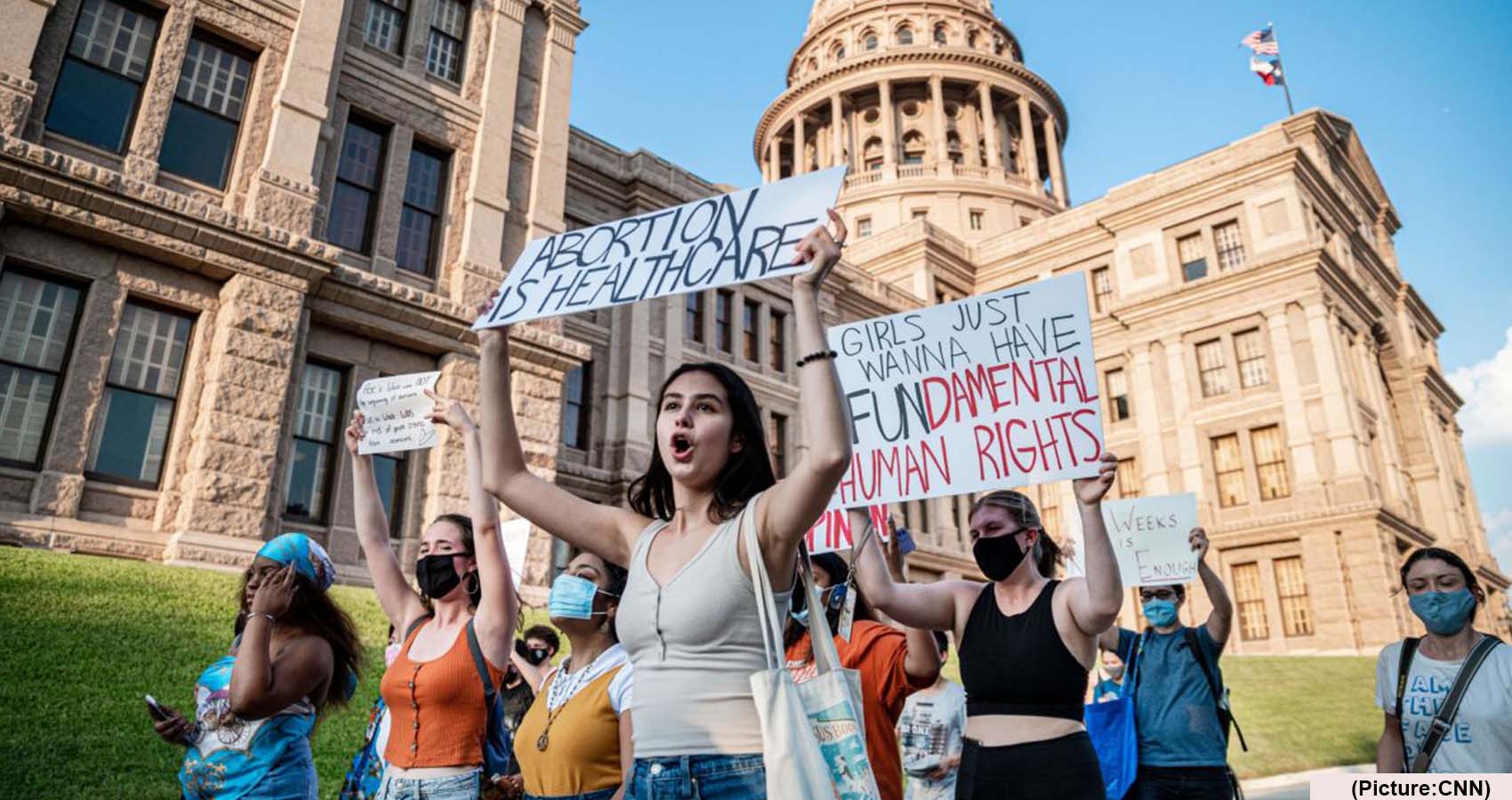 Texas law that bans abortion as early as six weeks into pregnancy took effect at midnight on Wednesday after the Supreme Court failed to act on emergency requests from abortion providers. Nearly 24 hours later, the court said late Wednesday night it split 5-4 and denied the providers’ emergency request to block the law. The unsigned order, issued by the Supreme Court’s conservative majority, said their decision focused on procedural issues and did not amount to a ruling on the constitutionality of the law, and that other appeals could be pursued. 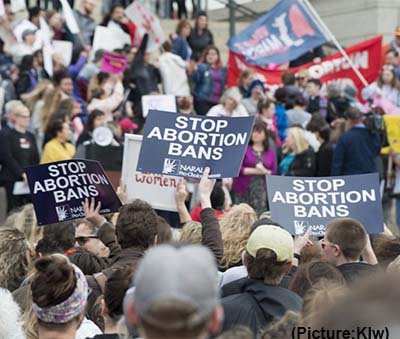 However, even if the ban is ultimately blocked, it will have a lasting impact on Texas and provide a roadmap for other conservative states to enact similar abortion restrictions. Senate Bill 8, signed by Republican Gov. Greg Abbott in May, bars abortions once a doctor can detect fetal cardiac activity, which is often before many people know they are pregnant. The ban would prevent at least 85% of abortions sought in Texas, according to abortion rights advocates and providers. It is now the most restrictive abortion law in the nation; at least 12 other states have passed six-week abortion bans, but all have been blocked from going into effect.  “Texas politicians will have effectively overturned Roe v. Wade,” Nancy Northup, president and CEO of the Center for Reproductive Rights, said shortly before the law went into effect, referring to the landmark 1973 decision that established the constitutionally protected right to abortion before a fetus is viable.

The Texas law uses a different tactic than many of the other abortion restrictions passed by Republican state legislatures in recent years—which is precisely what has made it difficult for courts to block it. The law signals a new frontier in the national fight over abortion and could mark a critical new legal strategy for conservative legislatures in how they write restrictive abortion laws in the future. John Seago, legislative director for Texas Right to Life, which helped write the legislation, says he has already heard from other states that are interested in copying this approach and the group is drafting legislation for some of them already. “This promises an alternative to that typical path that pro-life laws go down,” he says. “This is a valid public policy tool and we’re excited to see how it works.”

Instead of allowing government officials to enforce the abortion ban as they do with most laws, this law says that private citizens can step in by suing abortion providers and anyone who “aids and abets” a patient obtaining an abortion after six weeks. That means clinics and their staffs could be sued, as well as patients’ family members, or anyone who drives someone to a clinic, provides financial assistance, offers religious or genetic counseling or even “intends” to do any of those actions. The plaintiffs do not need to have any connection to the person they suspect of violating the law, and if they win, the law says they are entitled to damages of at least $10,000 plus legal fees. Because so many people can now legally bring these abortion lawsuits in Texas, courts could theoretically be overwhelmed with cases. “It does open the floodgates to lawsuits, and even frivolous lawsuits, just to harass abortion providers,” says Brigitte Amiri, deputy director of the Reproductive Freedom Project at the ACLU, which is part of the coalition of abortion providers and advocates challenging the law.

But the way the law is written also makes it difficult to challenge. Usually, when a state passes a new law restricting abortion access, abortion rights groups and providers sue state officials alleging they are violating people’s constitutionally protected rights. In this case, there is no specific individual tasked with enforcing the law, so there was no obvious entity for the providers to sue. The ACLU, the Center for Reproductive Rights and a collection of other groups and abortion providers filed suit this summer against a slew of officials they said would be responsible for enforcing the law, but a series of complex procedural developments left them asking the Supreme Court for a last-minute intervention.

“The Constitution, including Roe v. Wade, only applies against the government, it doesn’t apply against private individuals,” says Laurence Tribe, a leading constitutional law expert at Harvard. “That’s what makes this really dangerous. It’s a kind of vigilante justice, circumventing all of the mechanisms we have for making sure that the law is enforced fairly, and that it’s not enforced in a way that violates people’s rights.” Even if the courts temporarily block the law, complications remain. The law includes a provision that says providers could still be sued for violating the law if a court decision is eventually reversed and the law goes back into effect, meaning providers could be sued over an action that was technically legal at the time.

For now the law stands in Texas. Texas Right to Life has set up a website to solicit tips about people who allegedly violate the law and collect information from those who want to help the group enforce it. The website has been flooded with fake information from those who support abortion rights, but Seago says that has not hampered the group’s efforts. “We’ve set up the tip line, we’ve built the networks, we’ve been working with pro-life attorneys and activists around the state, so that if [providers] decide that they’re going to try to commit illegal abortions anyway, we will be prepared to do what the law authorizes us to do, which is to bring private lawsuits holding them accountable,” Seago says.

The law will “immediately and catastrophically reduce abortion access in Texas,” the group of providers said in its emergency filing to the Supreme Court on Monday. “Patients who can scrape together resources will be forced to attempt to leave the state to obtain an abortion, and many will be delayed until later in pregnancy. The remaining Texans who need an abortion will be forced to remain pregnant against their will or to attempt to end their pregnancies without medical supervision.” The Supreme Court’s five most reliably conservative justices voted to reject the emergency filing. Chief Justice John Roberts joined the three liberal justices in dissent. Justices Sonia Sotomayor, Stephen Breyer and Elena Kagan each wrote separate opinions saying they would have blocked the law because it is an unconstitutional ban on abortion.

Abortion providers and abortion rights advocates say the law will disproportionately impact low-income patients who already often struggle to access health care. The average distance a Texas patient will have to travel to obtain an abortion will now rise from 12 to 248 miles, a 20-fold increase, according to the Guttmacher Institute, a research group that supports abortion rights.