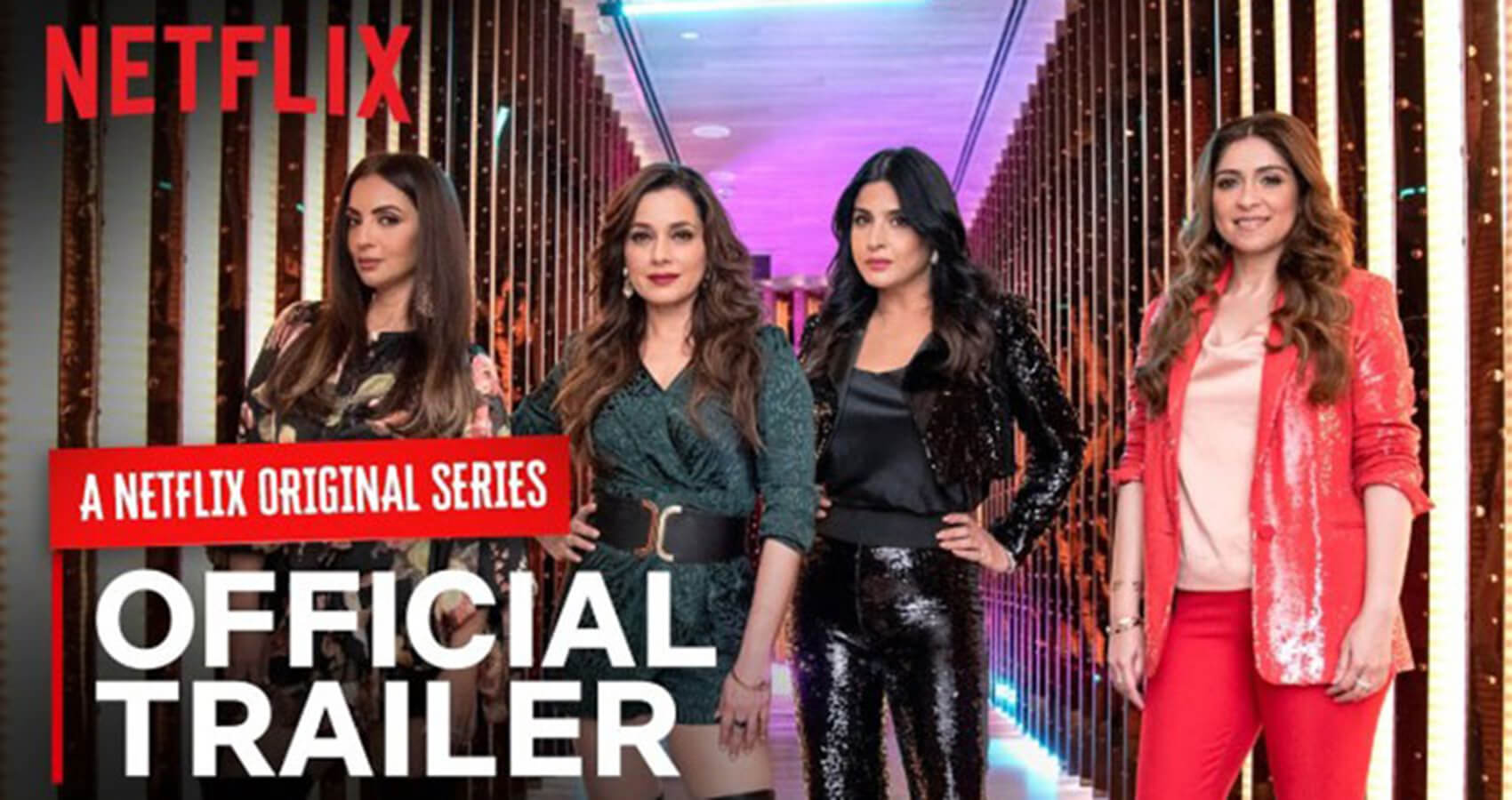 Filmmaker Karan Johar’s Netflix series ‘Fabulous Lives Of Bollywood Wives’ streamed on November 27, 2020. Shortly after the release of the first eight episodes on Netflix, Twitter was flooded with reviews, with some liking it while others bashing it down.

Several users called the show cringe-worthy and ridiculed it for being insensitive. While a few still jumped to its defence saying that it truly is a good show highlighting the problems the celebrity families face and even claimed that the show is good for entertainment.

The ‘Kuch Kuch Hota Hai,’ actor marked the premiere day of the show by posting a picture of himself with the four-star wives that have been featured in the show. The picture features Johar with actors Sohail Khan’s wife Seema Khan, Sanjay Kapoor’s wife Maheep Kapoor, Chunky Pandey’s wife Bhavana Pandey, and Samir Soni’s wife Neelam Kothari.

He then went on to pen down an emotional note on the “friendship” that he shares with the four-star wives and their husbands and expressed his excitement for the show.

“A friendship spanning over two decades….we have loved and lived through frivolous fights, emotional breakdowns, party times, morale lows and also so much happiness,” the 48-year-old filmmaker wrote. “The fact that the four of them are on a @netflix_in show makes me so excited and exhilarated for them! Love us! Troll us! But we know you won’t ignore us! Here we are #fabulouslives of these gals,” he added.

Madhur Bhandarkar recently shared that the title of upcoming reality TV series Fabulous Lives of Bollywood Wives is similar to what his project is named. He requested makers Karan Johar and Apurva Mehta to change their Netflix show’s name.

The director wrote that Johar and Mehta had requested him to use the title Bollywood Wives for a web show. After Bhandarkar refused, they went ahead with their project with a modified title, Fabulous Lives of Bollywood Wives. “Please do not dent my project. I humbly request u to change the title,” Bhandarkar wrote in the tweet while requesting a title change.

The new Netflix based show is a reality series that will give a glimpse of the “fabulous lives,” that the four-star “Bollywood wives,” have been living. The light-hearted show began streaming on Netflix on November 27.