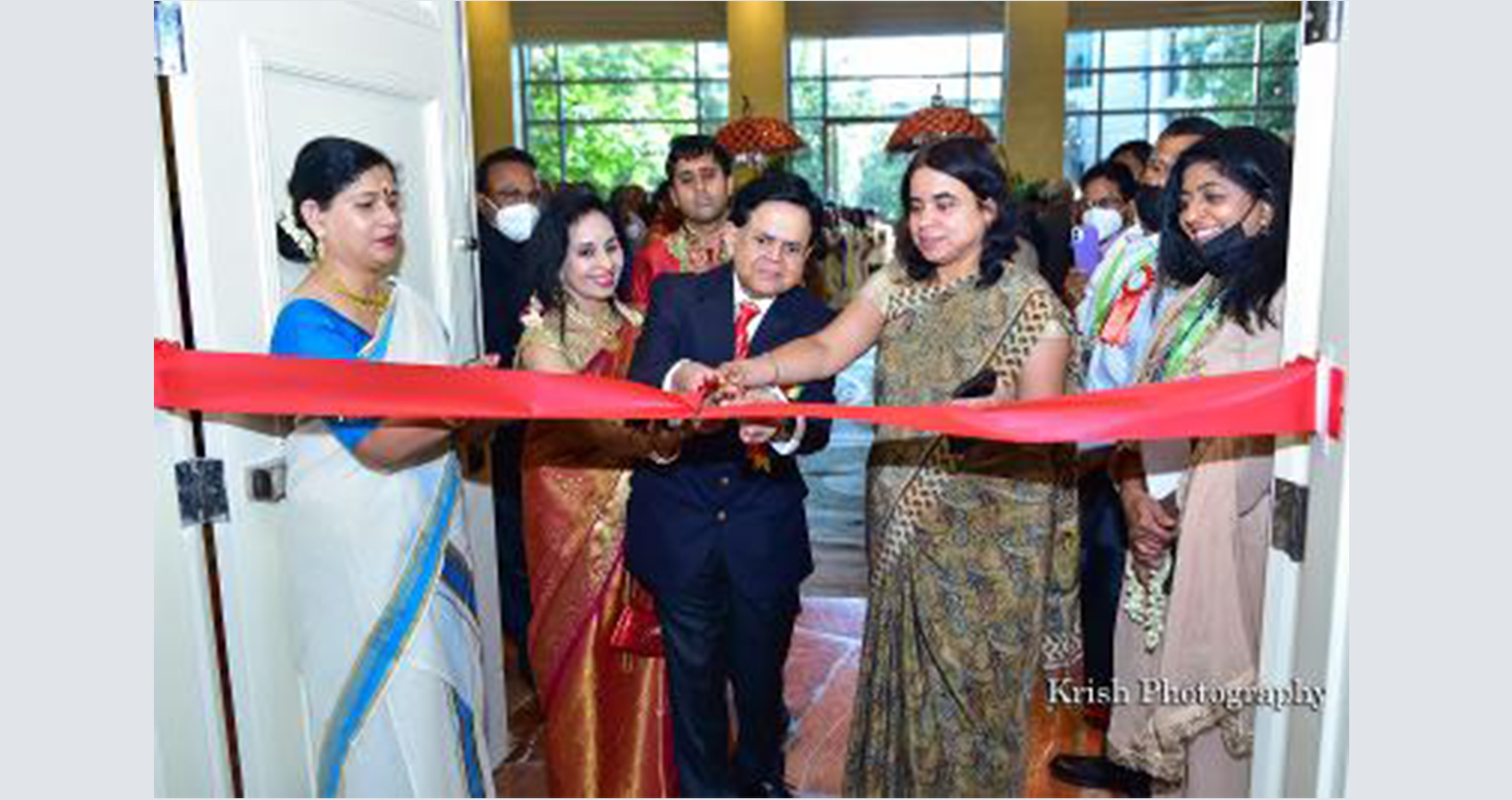 (Atlanta, GA: August 25, 2021) The 42nd annual Association of Kerala Medical Graduates (AKMG) convention was held from Friday, August 13 to Sunday, August 15. It was held at the Inter-Continental Buckhead Hotel in Atlanta, GA. Attended by 425 fully vaccinated Doctors of Kerala origin and their families from the US and Canada. The annual convention was the best forum for friends to get together, converse, reminisce about their past medical college campus life. Also, it includes singing old and new songs, network and be enriched and entertained. 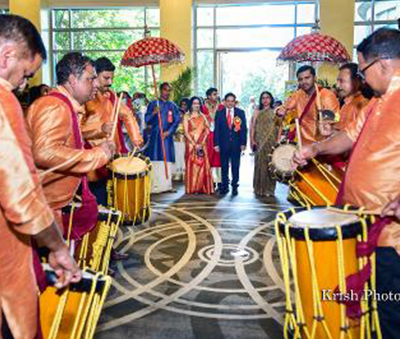 In his presidential address, while expressing gratitude to the members of AKMG “for giving me the opportunity this year to be the President of our wondrous organization”. Dr. Subrahmanya Bhat said, “I worked very hard to make sure that this year’s AKMG was the best it could be. Likewise, our executive team has worked very hard to make sure the convention would be successful and profitable. Despite the challenges posed by the pandemic.”

Enumerating some of the accomplishments under the current leadership, Dr. Bhat said, “We have added close to 400 new life members to the AKMG organization. We have started a mentorship program for young physicians who are working on improving their craft,” said. Pointing to the several charitable events and programs AKMG has organized, Dr. Bhat said, “We have supported several food banks that have fed the hungry. In addition, our teams raised enough funds to feed 10,000 homeless people last Christmas.”

Back home in Kerala, with the generous contributions from AKMG members, Dr. Bhat and his team have “raised over $200,000 for Covid relief in Kerala. And provided PPEs and Pulse oximeters to Healthcare workers and Hospitals in Kerala. Furthermore, we have started a new telehealth service called Dronacare, in partnership with Innovation Incubator Inc. This is with the intent of providing free healthcare consultation to people in Kerala. ” In addition, AKMG has initiated the steps to bridge Kerala CDC and Atlanta CDC under the direction of Dr. MV Pillai, Past President of AKMG. 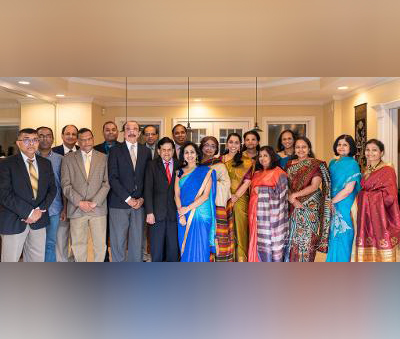 While inaugurating the convention with the traditional lighting of the lamp, in her keynote address, Dr. Swathi Kulkarni, Consul General of India in Atlanta, described the Indian American Physician community as a “Testament to the greatest growth story”. While emphasizing the role of physicians during the pandemic, Dr. Kulkarni praised their contributions and achievements. Dr. Kulkarni shared with the audience about the many programs and plans offered by the Government of India. Those are to alleviate the sufferings of the people of India during the pandemic. In addition, Dr. Kulkarni stressed the importance of the Indo-US Strategic Alliance, especially in the health sector. While pointing out India’s contributions to providing the world with quality drugs for lower prices.

Dr. Vikas Kapil from the CDC delivered the keynote address. Dr. Asha Thomas, an IAS officer and head of Health and Human Services and Medical education in Kerala, attended the convention.  Governor of Georgia, Brian Kemp, Dr. Vivek Murthy, US Surgeon General, and the Chief Minister of Kerala sent best wishes and greetings to the delegates at the convention.  In his message, Kerala’s Chief Minister, Pinarayi style=”float: left; margin: 0px 15px 15px 0px;”Vijayan, praised the achievements of the Indian doctors using the knowledge gained from India. He also congratulated AKMG for being the oldest medical organization with 42 years of history. And for its members being the ambassadors of Kerala. 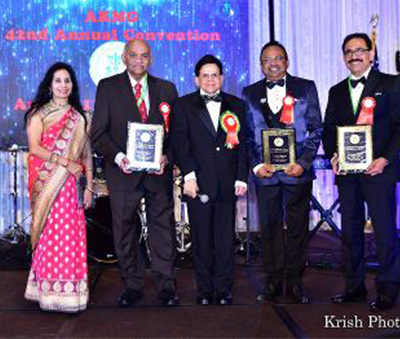 Being away from home, the participants were led to celebrate Onam with traditional festivities. It including a reception to King Mahabali with thalapoli and chenda melam followed by an Onam feast. The Fashion show, choreographed by Anu Bhat, displayed the best of Indian attire elegantly adorned by beautiful young women as they cat walked to the audience’s delight. Mamta Mohandas, a famous actress from the Malayalam Cinema world, was an added attraction during the Fashion Parade.

The Campus Comedy Night, which has come to be known as an integral part of the annual event since it had started way back in 1986, was a treat to the hearts and souls of the participants during the AKMG Convention in Atlanta as it showcased the diverse talents in music, art and acting by the members of AKMG fraternity. “The AKMG, the pioneering organization of Indian physicians in the US, formed three years earlier than the American Association of Physicians of Indian Origin, AKMG inspired the formation of AAPI,” Dr. Sudhakar Jonnalagadda, Immediate Past President of AAPI, said.

An elegantly done annual Souvenir was released during the convention. Dr. Annapurna Bhat, Chair of the AKMG Convention Souvenir Committee Chair, said, “I am most honored and delighted to be a part of AKMG, or the Association of Kerala Medical Graduates, North America, a wonderful secular organization serving and empowering Indian healthcare professionals of Kerala origin in USA and Canada.” 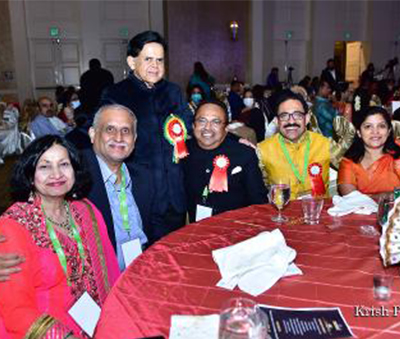 Dr. Sunil Kumar, Chair, AKMG Humanitarian Services, thanked AKMG members as they “stepped up to the plate when our motherland was crying for help. I have always been proud of AKMG’s commitment to charity and even more today with your actions. As you know, when the COVID second wave started threatening India, we came together and helped our people prevent a catastrophe. As a result, we were able to reach an agreement with the international charity organization GLOBAL MEDIC to match our donations with $100,000 worth of PPE equipment.”

Dr. Lizy Thaliath, AKMG Convention Chair 2021, said, “As the convention committee chair, it is my honor to welcome all distinguished guests, family members, and participants of the AKMG 42nd convention in Atlanta. We have gone through a pandemic that has destroyed millions of lives and upended many global economies, and for the brunt of it, we healthcare workers have been fighting on the frontline. We pay respect to all who lost their lives in this fight in the hope of keeping the fight going strong.”

At the fabulous Saturday Nite Gala, Dr. Bhat handed over the charge to incoming president Dr. Nigil Haroon, who in his inaugural address, said, “I am humbled and honored by the opportunity to serve as your president for its 42nd year. As I undertake to represent the AKMG as its President for 2021-22,” he said and promised to work to strengthen the organization and enhance its relationship with organizations of other medical professionals. As always, AKMG will continue focusing on charitable activities and helping the medical colleges back in Kerala. For more details, please visit www.akmg.org.