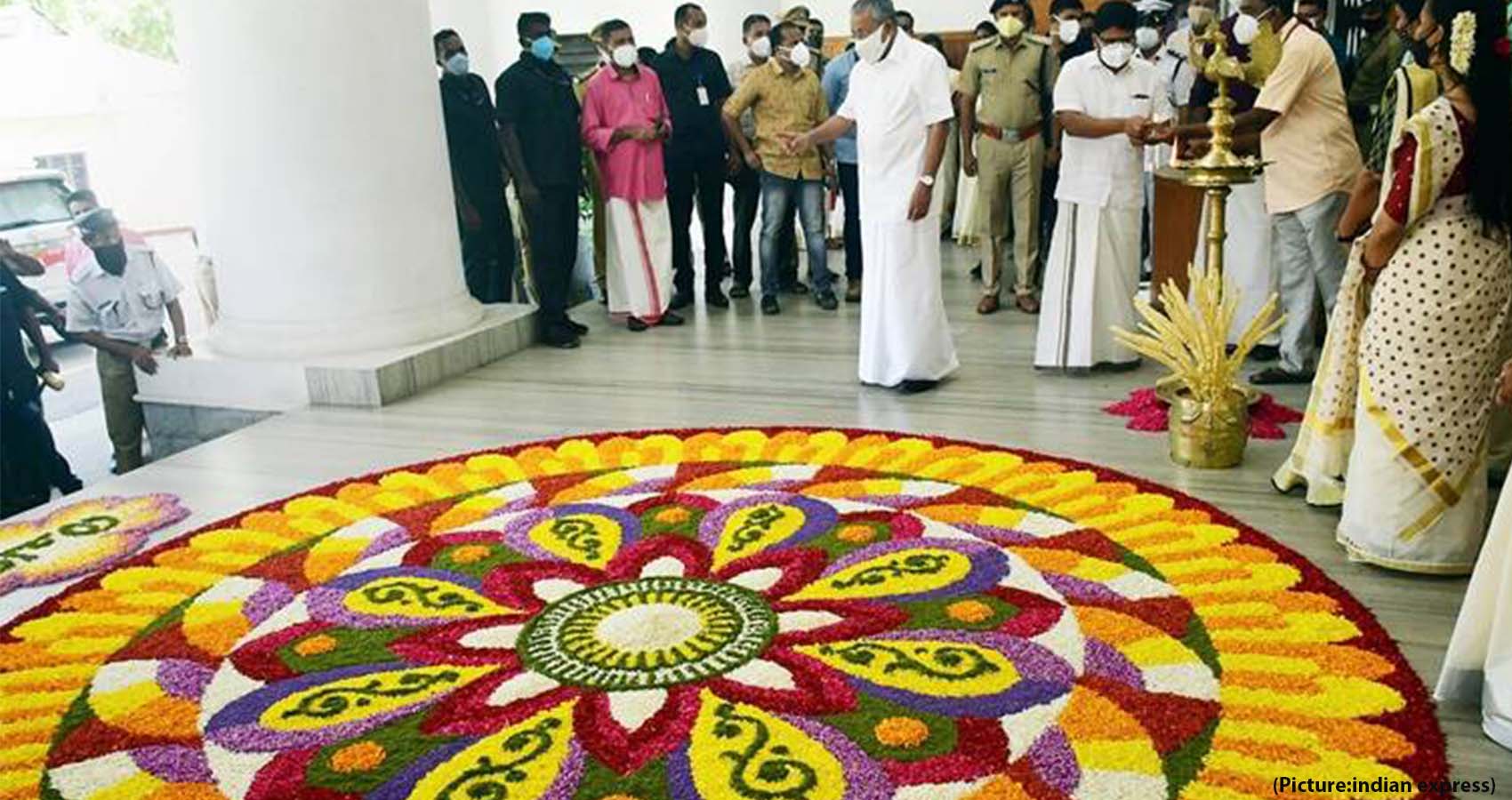 Just as the monsoon bids adieu to the land of South India, the air filled with vigor, joy, and happiness with the arrival of Onam. We know it as a significant festival celebrated majorly in Kerala. From the intricately decorated elephants to the wild Pulikali dancers. And from the gigantic snake boats lined up at the shore to the gorgeous floral decorations. This festival paints the state in more colors than you can imagine. 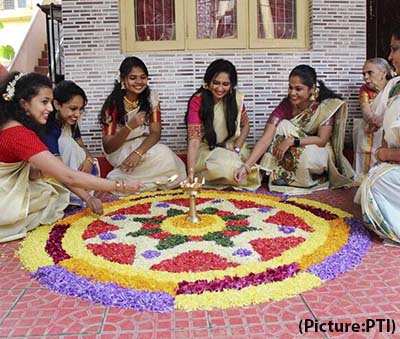 Marking the end of monsoons and welcoming the harvest season, this Kerala festival, Onam 2021 is a Hindu festival celebrated annually. It is celebrating all over India with its origin in the Kerala state. One of the biggest festivals of the state, the Onam festival is celebrating for 10 days. Normally it is during the Malayalam month of Chingam. It fills the heart of people with gaiety and brings them together to be a part of this vibrant and cultural festival.
The festivities of Onam reflect the traditions and culture of Kerala in the most unique way. While we celebrating Onam, Onam attire is an important factor. Onam saree is so special in that. From August 12, 2021, to August 23, 2021, the Onam festival date 2021 has celebrated around the world.

The Onam celebrations see the making of pookalam or athapookalam, a rangoli made with fresh flowers in various intricate designs. As the Onam festivities draw to a close with Thiruonam, here’s what to know about the importance of pookalam which is also called pookolam. Pookalams or Onam athams are generally circular in shape.

‘Poo’ stands for flower and ‘Kolam’ stands for decorative designs or rangoli, made using fresh flowers and petals. In home and around public places we have to design pookalams. This is in honor of King Mahabali who believed to return to his people every year. The legend goes that as per the boon granted by Lord Vishnu’s avatar Vamana, King Mahabali who has sent to the Nether World or Pataal Lok, could only pay a visit to his kingdom and people annually. Therefore, to celebrate his return, people put floral carpets or pookalam.

While a traditional pookalam consists of 10 flowers, people nowadays said to use all kinds of flowers which are available in the market. And with that, they make multiple rings dedicated to several deities. As per tradition, each of the floral rings has dedicated to deities. Lord Shiva and Goddess Parvathi, their sons Ganesha and Kartikeya, Lord Brahma, Vamana Avatar of Lord Vishnu, and King Mahabali are those deities. The floral patterns have profound meaning.

Onam festival history dates back to the Sangam period when Onam was used to be celebrated for a month. According to the ancient legends, we celebrate this festival of rain flowers to commemorate the arrival of Asura King Mahabali’s annual visit from Patala (the world underneath). The time when the demon king Mahabali (grandson of Prahlad), who was known for his generosity rules in Kerala, the story revolves around. His growing popularity became a threat for the gods and they came to Lord Vishnu for seeking help. Sensing their concern, Lord Vishnu disguised himself as a poor Brahmin called Vamana.

When he arrived at the kingdom of the demon king. He asked Mahabali to grant him the land which he can cover within three feet. Being a kind-hearted and charitable person, the king granted his wish. And soon the Vamana started to grow in size and his first and second steps covered the sky and earth. As the brahmin was about to take the third step, the demon king stepped up. And asked him to keep his last step on his head which lead him to Patala. However, for the good deeds of Mahabali, Lord Vishnu granted him a boon that he can annually visit his people which led to the celebration of the Onam festival in India.

We celebrate the harvest festival Onam in the month of Chingam and lasts for 10 days. The festival comprises numerous fun activities like Vallam Kali (boat races), Pulikali (tiger dances), Onathappan (worship), during these 10 days. A festive spread in the form of Onam Sadhya is a must-have part of the celebrations.