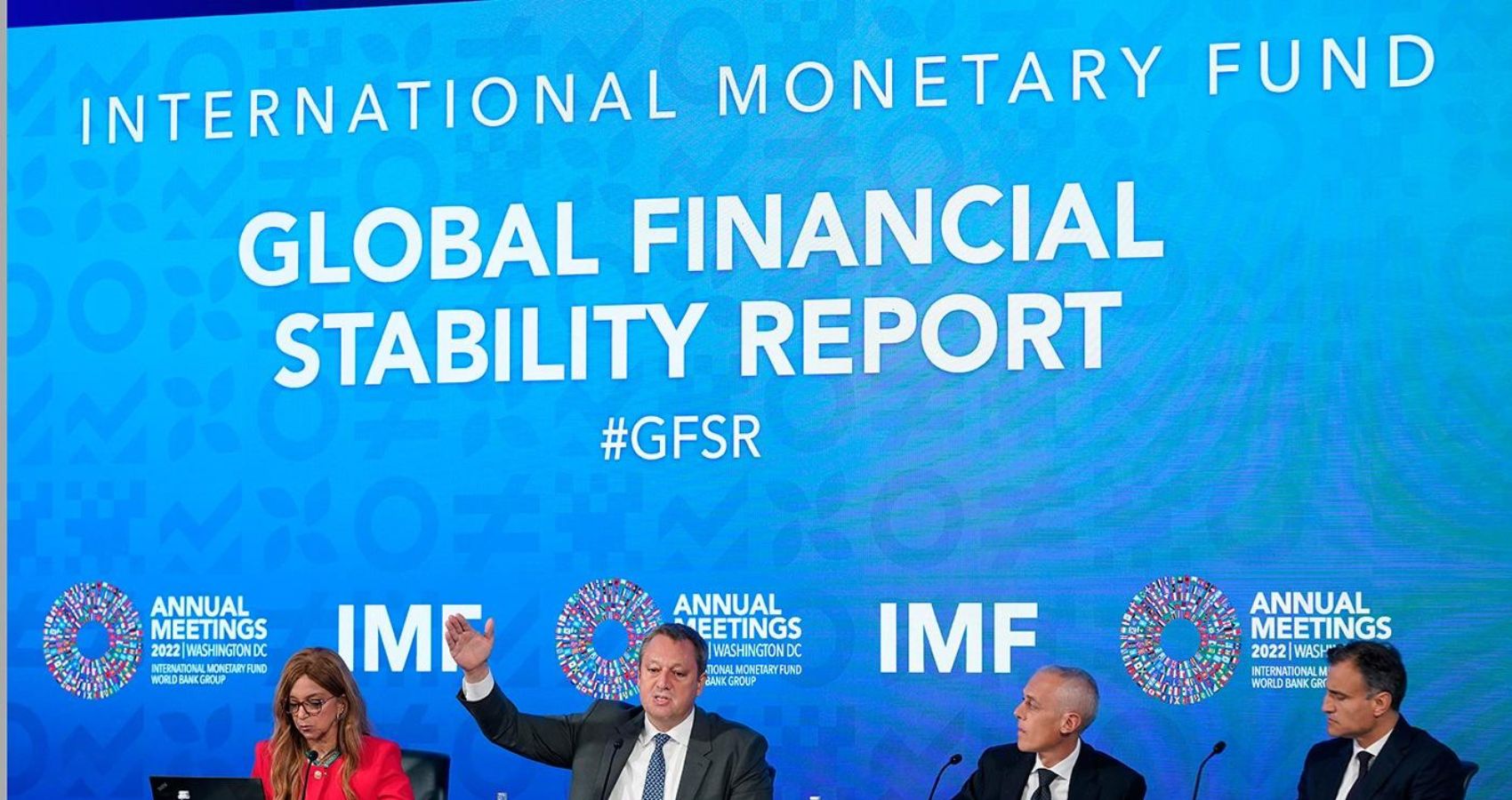 A strong dollar and rising U.S. interest rates are looming over this week’s International Monetary Fund (IMF) and World Bank meetings in Washington, D.C. where the Federal Reserve is likely to come under some criticism over how its policies are impacting the rest of the world.  Treasury and Federal Reserve officials say they’re sticking to their guns in their battle against inflation despite a chorus of international voices cautioning against the risk of a global recession.

“If monetary tightening in the advanced economies continues over the coming year … a global recession is more likely,” the United Nations Conference on Trade and Development wrote in a sharply worded report released last week. “It will almost unavoidably harm potential growth rate in the developing economies.”

Senior Treasury officials said Monday they were sensitive to “potential spillovers” and “issues that develop around the world” but that “the U.S. economy remains quite resilient, even in the face of some significant global headwinds.”

A Treasury official said that during meetings this week, Treasury Secretary Janet Yellen would speak with “key counterparts” to discuss how to take on global economic challenges.

“This involves taking strong actions at home to deal with our priorities but also communicating about those policies, working with the IMF and our allies to monitor spillovers,” the official said.

These spillovers are the losses that many smaller and midsize economies are increasingly expected to endure due to higher U.S. interest rates, which are designed to stop domestic inflation by slowing demand.

But the hikes also attract investors into the U.S. from abroad, looking to take advantage of higher returns. This strengthens the dollar relative to other currencies, which has the knock-on effect of diminishing export revenues in countries that don’t use the dollar and is all bad news for developing economies.

Federal Reserve Vice Chair Lael Brainard echoed the Treasury’s sentiments, saying in a Monday speech that “monetary policy will be restrictive for some time to ensure that inflation moves back to target” while nodding to “elevated global economic and financial uncertainty.”

“The Federal Reserve takes into account the spillovers of higher interest rates, a stronger dollar and weaker demand from foreign economies,” she said.

Such remarks provide little comfort for lower-income countries hoping for debt relief in the run-up to what could be a prolonged period of economic stagnation brought on by the pandemic and the decade of near-zero interest rates that preceded it.

The United Nations Development Program (UNDP) released a paper Tuesday warning that 54 developing economies, accounting for more than half of the world’s poorest people, need debt relief now to avert a major crisis.

“The debt crisis is intensifying,” the UNDP paper found. “Debt is trading in distressed territory for more than one third of developing economies issuing dollar debt in international markets, with 19 countries paying more than 1,000 basis points over US Treasury bonds. Similarly, of all developing economies with a sovereign credit rating, 26 — close to one third — are now rated either ‘substantial risk, extremely speculative or default.’ ”

The largest geographical subgroup of the 54 countries noted by the U.N. is sub-Saharan Africa, which accounts for nearly half.

A representative for African Development Bank Group President Akinwumi Adesina, who is attending the World Bank and IMF meetings, told The Hill that securing assets for African economies from advanced economies like the U.S. is a top priority.

A key concern for the bank is “the re-allocation of IMF Special Drawing Rights from willing advanced economies to Africa to leverage the resources to provide greater financing to African economies,” the representative said in an email, referring to a type of foreign exchange reserve asset used by development banks.

But U.S. Treasury officials said they weren’t expecting any major breakthroughs on funding for Africa or emerging markets despite some progress on the cases of a few individual countries.

“We have been making some incremental progress on Chad and Zambia, as you know, and we will certainly be calling for rapid progress on those two cases, but I’m not anticipating that we’ll get there in the next few days,” a Treasury official said.

Complicating efforts to fund developing countries is competition from China, which is now by far the largest bilateral creditor in the world. China now services more debt to foreign countries than the combined financing of the U.S., France and the 20 other countries that make up the “Paris Club” of traditional lenders.

“China’s enormous scale as a lender means its participation is essential,” Brent Neiman, counselor to the Treasury secretary, said in September at the Peterson Institute for International Economics. “Estimates of the total stock of outstanding Chinese official loans range widely from roughly $500 billion to $1 trillion, concentrated in low- and middle-income countries.”

“A recent study estimates that as many as 44 countries now owe debt equivalent to more than 10 percent of their GDP to Chinese lenders after factoring in both on- and off-balance sheet liabilities,” he said.

Despite competition from China, a report released by the Group of 20 over the summer found that development banks could be lending hundreds of billions of dollars more than they currently are during a perilous time for the global economy, helping to keep people out of poverty.

“The expected potential scale of the increase is substantial, likely to be several hundreds of billions of dollars over the medium term,” the report found.

The price for that additional lending would be an increased risk tolerance. The report argues that increased levels of risk could be acceptable but says that banks’ use of credit rating agencies gets in the way.

The authors of the report recognize “the great importance for the business models of [development banks] of maintaining superior financial strength as reflected in AAA ratings, and, to that end, make use of an enhanced dialogue with [credit ratings agencies] and clear public statements of shareholder support.”

Other voices in the global economy have also taken issue with continued interest rate hikes and monetary tightening policies from the Federal Reserve — notably OPEC, which last week announced a production cut in global crude oil of 2 million barrels per day.

The move is expected to drive up energy prices ahead of U.S. midterm elections and add further upward pressure on inflation.

“With this severity that you see, you run a big risk that you lose growth,” Saudi Arabia’s energy minister, Prince Abdulaziz bin Salman, said last week. “Growth is coming down and there is a potential with more aggressive rate hikes that this growth will come even lower.”