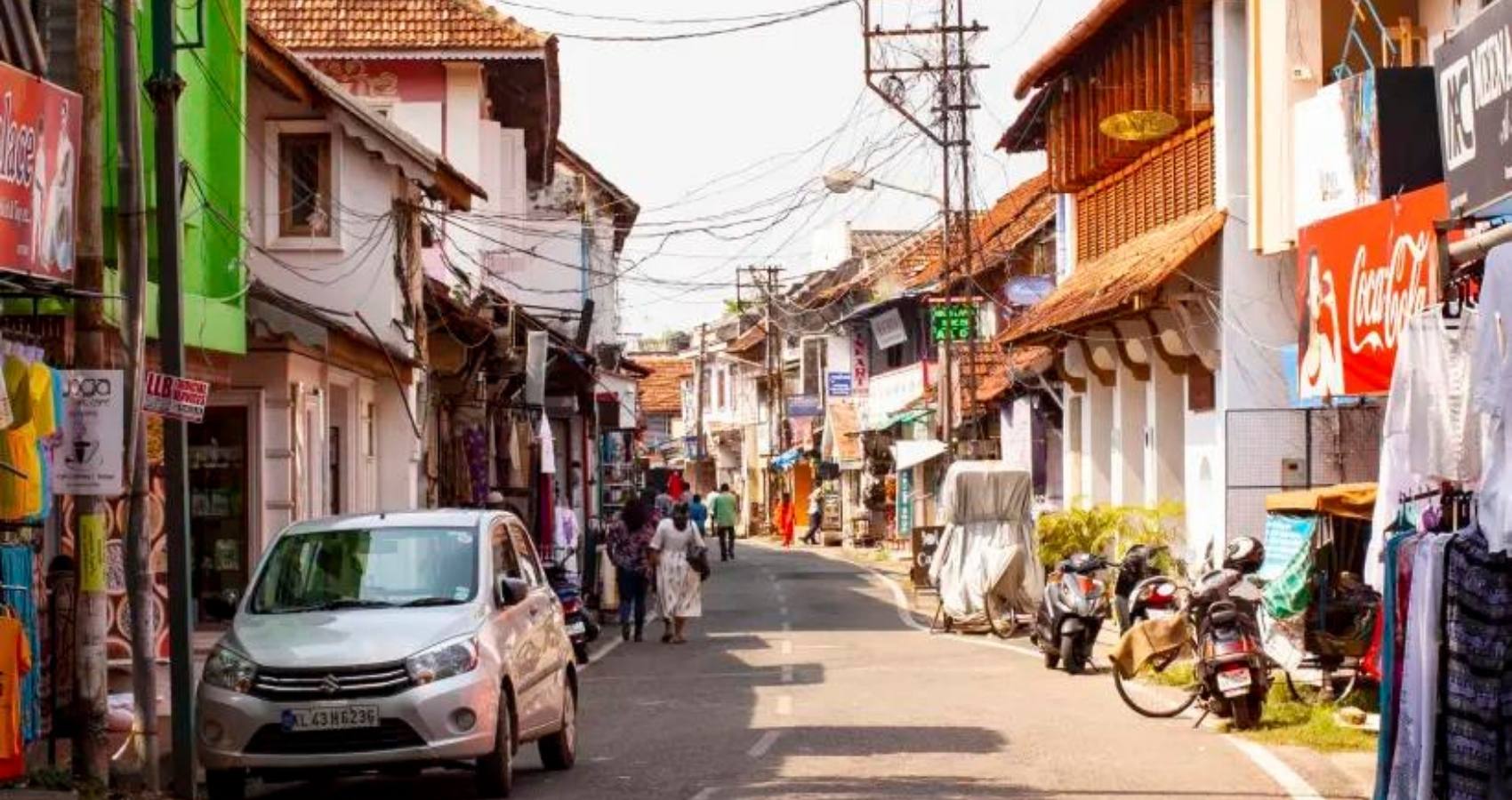 An ancient stone pillar dating back to the 13th century CE in southern India was found containing inscriptions relating to the area’s old Jewish community, according to Indian media reports.

History and archaeology researchers stumbled upon a 13 AD stone pillar, which reportedly had information on Jewish trade links, in Tamil Nadu’s Ramanathapuram district.

Scholars and students of the Ramanathapuram Archaeological Research Foundation said that the stone pillar, which was unearthed at Valantharavai in Ramanathapuram, is a pointer to the trade that had taken place in this area with foreign areas. 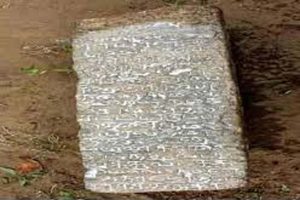 The pillar is three feet long and one foot wide and on all four sides, there are inscriptions. The first side, according to scholars, has 21 Tamil lines, the second side has 14 lines while the third side has 15 lines. The inscriptions on the fourth side are not clear.

“Suthapalli is a Jewish worship place. The trade guild of Ainutruvar had built a Palli (church) for Jews in Periyapattinam. A Hebrew epitaph of a Jewish woman named Mariam at Periyapattinam is mentioned in the Archaeological Survey of India’s Annual Report on Epigraphy 1946-47,” he explained. Nalu Natani Sona sandhi is said to be a meeting place for nanadesi (Tamil word: Nalu Natani) traders.

“There are places and gardens here that once belonged to the trade guilds of Ainutruvar, Pathinenbhumi, and Nanadesi. Based on the writing style, the inscription apparently dates between 1200-1250 AD,” he added.

“The inscriptions begin with ‘swasti shri’ and mention the boundaries of the land donated to Suthapalli or Ainutruvan Perumpalli,” scholar and Ramanathapuram Archaeological Research Foundation President V. Rajaguru told IANS.

He said that Suthapalli is a Jewish worship place and according to the Archeological Survey of India records on epigraphy had mentioned a Hebrew epitaph of a Jewish woman named Mariam at Periapattanam. He also said that based on the writing style the inscriptions apparently dated between 1200-1250 AD.

As per reports, considering how vast India is and the varying backgrounds of these communities, they formed some distinct traditions, learning different languages and so on. One of these Jewish communities were known as the Jews of Madras, also known as the Chennai Jews. These consisted of Paradesi Jews, meaning Jews who came to India following the expulsion of the Jews from Spain, with the world Paradesi being derived from a Malayalam word for “foreign.”

As they came to India following the Alhambra Decree expelling all Jews from Spain, these Jews were largely Sephardi, and as such had many links to other Sephardi Jewish communities. In particular, the Paradesi Jews who came to Madras – now Chennai, the capital city of Tamil Nadu – tended to work as traders and merchants and spoke Ladino, though they soon learned Tamil.

Today, this community largely no longer exists. In fact, it was reported in 2020 that Tamil Nadu’s last Jewish family left.

However, while this is the longest and most established Jewish presence in Tamil Nadu, it doesn’t seem to be the earliest. After all, the Paradesi Jews only came to Tamil Nadu in the 15th and 16th centuries, whereas this latest finding is several hundred years older.

Three of the other groups of Jews in India claim to have been there longer. The Bnei Menashe and Bene Ephraim Jews are both groups who converted to Judaism but claim ancestry from the 10 lost tribes.

Another relevant group were the Nagercoil Jews: Arabian Jews who supposedly came to India around 52 CE and were known to have been as far south as Cochin, also in southern India. But overall, Jewish history in India may predate most of these groups.

The Cochin Jews traditionally date their arrival in the subcontinent during the reign of King Solomon, specifically some immigrating after the destruction of the First Temple. There are records that seem to show the presence of Jews near Cochin after the destruction of the Second Temple, as well, but the first significant piece of evidence is a trade deed from 849 CE with a Hebrew signature among it.

“Jewish trade links with southern India going back to 9-10th centuries (CE) are well established and documented,” Indian Ambassador to Israel Sanjeev Singla said in an emailed statement. “During his historic visit to Israel in July 2017, Indian Prime Minister Narendra Modi had gifted a replica of two copper plates one of which was inscribed in mid-9th century in an ancient Tamil script and is believed to be the earliest documentation of Jewish trade with India.”

These copper plates are arguably the most famous relic relating to the presence of Jews in Cochin, which are a royal charter given to Jewish merchant Joseph Rabban, who was involved with the Anjuvannam, around 1,000 CE and is clear evidence of Jewish presence in the area.

Noably, Cochin is located in the modern state of Kerala, itself one of the southernmost states of India directly bordering Tamil Nadu.

The stone was supposedly brought to the area where it was discovered by a resident of nearby Valanthariai 80 years ago for use in construction.

It was now found by Ramanathapuram Archaeological Research Foundation president V Rajaguru, who claimed that the stone was being used to wash clothes, according to a report in the Times of India.

According to Rajaguru, the stone had 50 total inscriptions, though one side of it had its inscriptions destroyed.

The text, analyzed by epigraphist S. Rajagopal, reportedly spoke of a trade guild known as Ainnurruvar constructing Suthapalli in the Ramanathapuram district, specifically in the port village of Periyapattinam, as well as further mentions to the construction of Tharisapalli and Pizharpalli.

Now, what does this mean?

Several inscriptions have been found attesting to their existence and activities, and they were heavily intertwined with the expansion of the Chola Empire and have even been found in faraway Sumatra in modern-day Indonesia.

They also were known to have operated around the same time as the Anjuvannam, another merchant guild that mainly consisted of non-Indian traders, which usually included Arabs and Persians – specifically including Syrian Christians, Muslims, Zoroastrians and Jews.

Next there is the term Suthapalli.  Note that the inscription was written in Tamil. As such, the exact spelling of these transliterations may differ.

This is important because Suthapalli may actually be pronounced as Yudapalli, due to how the Tamil language works. The suffix “palli” means place of worship that were not temples associated with Shaivism and Vaishnavism, with Yudapalli therefore meaning Jewish place of worship.

This is further supported by other lines in the text. Tharisapalli is known from other evidence in Kerala and is considered to be a Syrian Christian church.

Pizharpalli, meanwhile, is Islamic and, according to reports, likely refers to Periyapattinam’s Jalal Jamal Mosque.

We can see more evidence for this in Malayalam, where “palli” is also used to refer to an Abrahamic house of worship. There, a synagogue would have been called Jootha Palli.

“The recent archaeological discoveries in Ramanathapuram are yet another proof of the fact that the Jewish community lived peacefully in India throughout the years.”

The implications of the findings

Though the Chennai Jews would not properly arrive in Tamil Nadu for some time, the activity of Jewish merchants and the prominence of the Cochin Jewish community shows that it is far from unfeasible.

Interestingly, the Cochin Jews built a number of synagogues in Kerala throughout their history, supposedly including in the 12th and 13th centuries. However, this is backed by some shaky evidence rooted in oral tradition rather than archaeological findings.

Currently, despite the long presence of the Cochin Jewish community in the area, the oldest known synagogue in recorded history in southern India was the Kochangadi Synagogue, built in what is believed to have been in the 1340s CE.

However, the synagogue was eventually destroyed, believed to have been by Tipu Sultan’s troops during the Second Anglo-Mysore War in the late 18th century.

It was never rebuilt, though a stone from it containing a Hebrew inscription about it, including year of construction, was taken by the community and later used in the wall of another synagogue – today, it can be found in the Paradesi Synagogue in Mattancherry Jew Town in Kerala.

The Kochangadi stone is the oldest known Jewish relic from an Indian synagogue. However, with the discovery of this stone pillar in Tamil Nadu, that might not be the case much longer.

According to reports citing Rajaguru, the inscription on the stone dates between 1200 and 1250 CE. As such, it would indicate that a synagogue was built in Periyapattinam before the Kochangadi Synagogue was built.

And this isn’t too unfeasible either. Periyapattinam is a historic port city and the Ramanathapuram district was visited by several well-known historic travelers and chroniclers, such as Marco Polo. As such, it was a well-known place for merchants – the kind of place Jews would have been found.

But it is likely that this synagogue is no longer around. What fate befell it, though, remains a mystery. It is still proof, though, of how far back the Jewish community in India goes.

“The recent archaeological discoveries in Ramanathapuram are yet another proof of the fact that the Jewish community lived peacefully in India throughout the years,” the Israeli Embassy in India said in a statement following these discoveries. “The foundation of the strong friendship between Israel and India were laid centuries ago and it is part of the basis of our relations in modern days.”  (With inputs from Jerusalem Post)