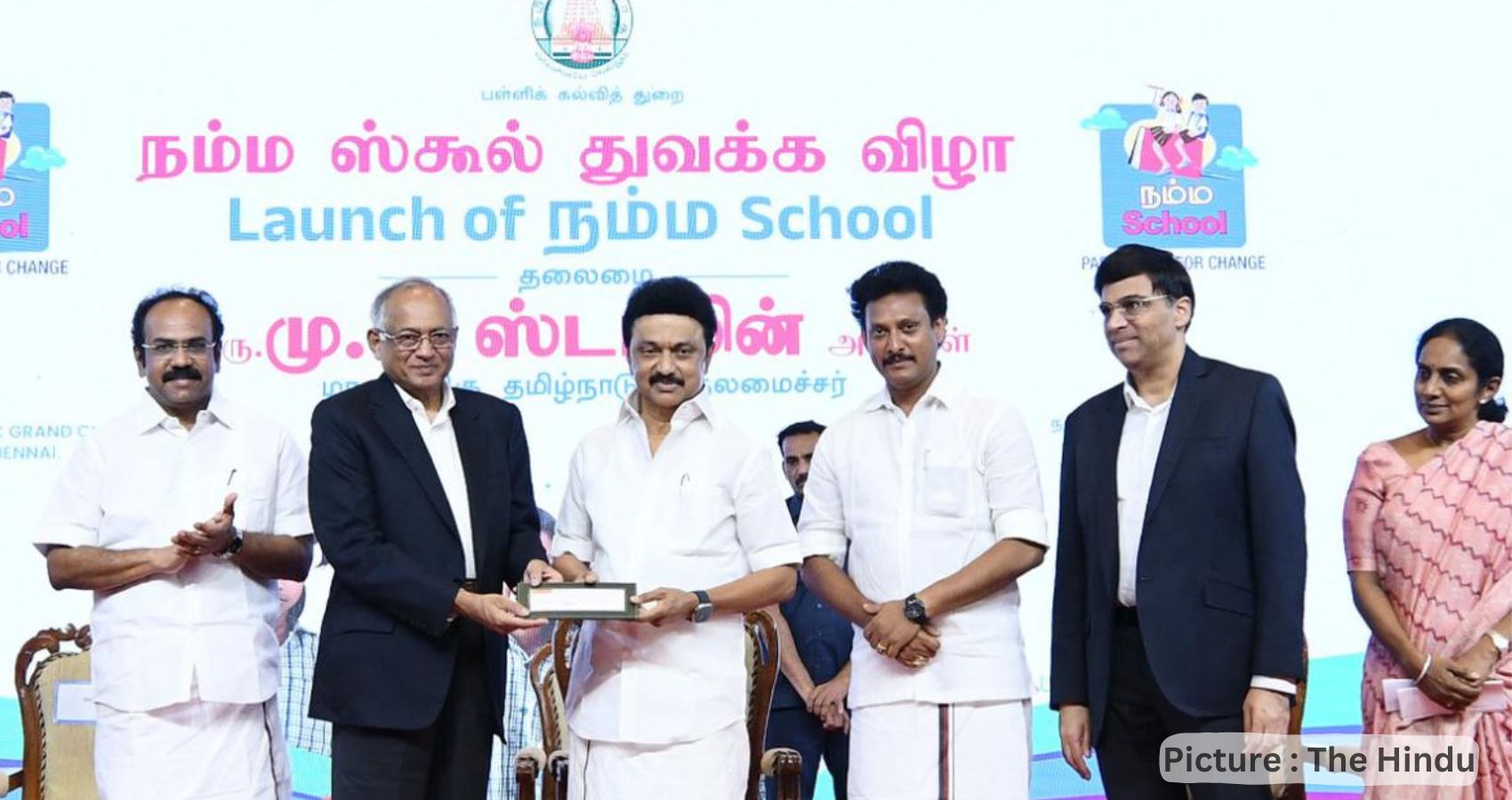 Chief Minister M.K. Stalin has made an appeal to Tamils all over the world to renew their links with their villages and schools through the virtual pavilion introduced by the State government and contribute to the development of government schools.

“Even if you live in one corner of the world, your roots in Tamil Nadu and in your native place should be strengthened. It is an opportunity to pay back to the soil that nurtured you. Our children will emerge victorious and develop your organizations, villages, and corporate houses,” he said while launching the Namma School Foundation of the School Education Department in Chennai.

Tamil Nadu CM MK Stalin has launched a ‘Namma School Foundation’ initiative to improve the infrastructure of state government-run schools. Notably, Stalin donated ₹5 lakh on his own for this purpose. “The funds will be judiciously used…in a transparent manner for the future of the children,” Stalin said, urging the Tamil diaspora worldwide to donate towards the cause.

Education is wealth that cannot be snatched by anyone, he said and asserted that the DMK government was creating such an asset for posterity. The Chief Minister appealed to philanthropists to contribute for the development of the schools.

“Every rupee given for the noble cause will be spent for the development of the schools, teachers, and students. The funds will be judiciously used and in a transparent manner for the future of the children,” the Chief Minister said and urged Tamils across the world to re-establish their links with their villages and schools through a virtual pavilion introduced by the State government and thereby contribute.

Venu Srinivasan, chairman emeritus of TVS company, is the chairperson of the foundation. Chess grandmaster Viswanathan Anand is its ambassador.

The Chief Minister facilitated actor Sivakumar, who along with his classmates, adopted a government school in Sulur.

Namma school portal and school virtual pavilion were also launched by the Chief Minister on the occasion.

Recalling the role played by the DMK leader K Anbazhagan on the occasion of his birth centenary today, Stalin said as Education Minister, Anbazhagan had made contribution to the field. “Today we named the Commissionerate of school education building at Nungambakkam here after Anbazhagan and launched the Namma School Foundation of the school education department coinciding with thes birth anniversary,” the Chief Minister said.

The foundation aims at bringing together communities and individuals who want to give back; corporates who wish to invest in and groom a new and aspiring generation to make government schools aspirational for all socio-economic classes thus delivering on the promise of equitable quality education.

The funds would be used to develop health and hygiene, nutrition, pedagogy, promote sports and culture, co-curricular activities and upskilling to equip the learners to face and triumph over the challenges of an increasingly modernised and transforming world.