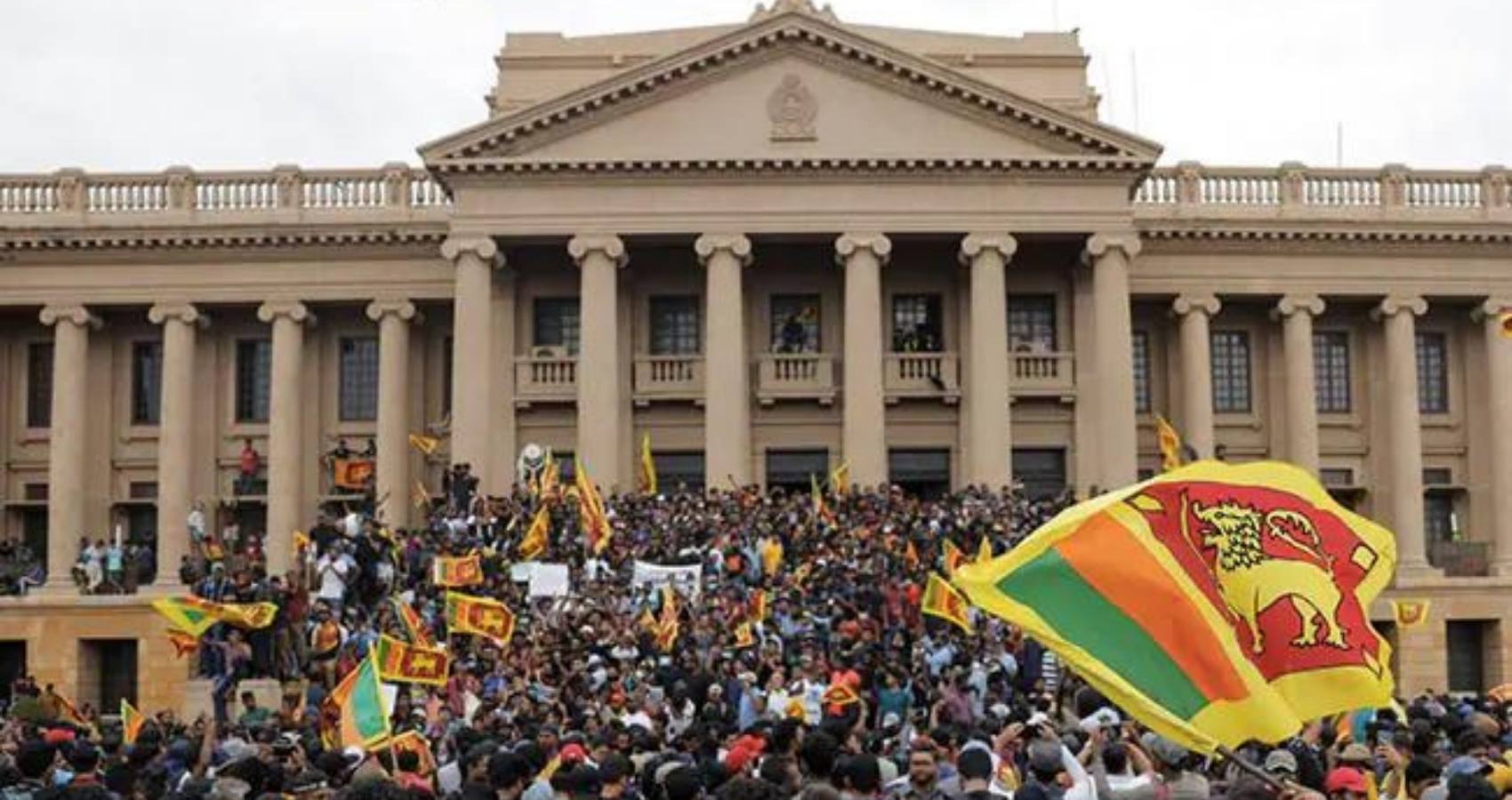 (AP) — Sri Lanka’s opposition parties met Sunday to agree on a new government a day after the president and prime minister offered to resign following the most dramatic day of monthslong turmoil, with protesters storming the leaders’ homes in rage over an economic crisis.

Protesters remained in President Gotabaya Rajapaksa’s residence, his seaside office and the prime minister’s home, saying they would stay until the resignations are official. The president’s whereabouts were unknown, but a statement from his office said he ordered the immediate distribution of a cooking gas consignment to the public, suggesting that he was still at work. 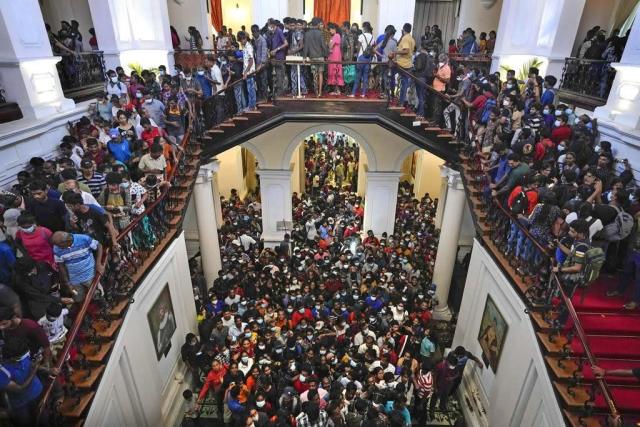 Soldiers were deployed around the city but troops simply watched from afar as crowds of people splashed in the pool of Rajapaksa’s sprawling residence, lounged on beds and took selfies of themselves on their cellphones to capture the moment. The chief of defense staff, Shavendra Silva, called for public support to maintain law and order.

Occupants of the prime minister’s official residence cooked in an outdoor kitchen, played the tabletop game carrom and slept on sofas.

Ranjith Madduma Bandara, a top official in the main opposition United People’s Force, said that separate discussions were held with other parties and lawmakers who broke away from Rajapaksa’s ruling coalition and more meetings were planned. It was unclear when an agreement might be reached.

Another opposition lawmaker, M. A. Sumanthiran, said earlier that all opposition parties combined could easily muster the 113 members needed for a majority in Parliament, at which point they would call on Rajapaksa to install the new government and resign.

Prime Minister Ranil Wickremesinghe said Saturday he would leave office once a new government is in place, and hours later the speaker of Parliament said Rajapaksa would step down Wednesday. Pressure on both men had grown as the economic meltdown set off acute shortages of essential items, leaving people struggling to obtain food, fuel and other necessities.

If both president and prime minister resign, Speaker Mahinda Yapa Abeywardena will take over as temporary president, according to the constitution.

Rajapaksa appointed Wickremesinghe as prime minister in May in an effort to solve the shortages and start economic recovery.

Wickremesinghe had been part of crucial talks with the International Monetary Fund for a bailout program and with the World Food Program to prepare for a predicted food crisis. The government must submit a plan on debt sustainability to the IMF in August before reaching an agreement.

Analysts say it is doubtful any new leader could do more than Wickremesinghe. His government’s efforts showed promise, with much-needed fertilizer being distributed to farmers for next season’s cultivation and cooking gas orders arriving in the country Sunday. 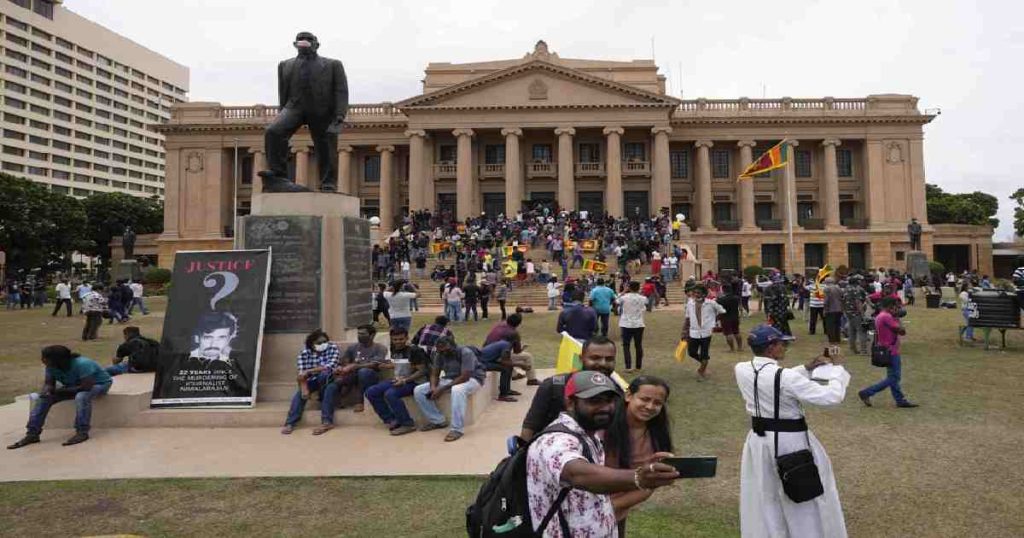 “This kind of unrest could create confusion among international organizations like the IMF and the World Bank,” political analyst Ranga Kalansooriya said, adding that a new administration should agree on a common program for economic recovery.

He said while Wickremesinghe was working in the right direction, his administration was not implementing a long-term plan to go with its focus on solving day-to-day problems.

U.S. Secretary of State Antony Blinken said that Washington was tracking the developments in Sri Lanka and urged Parliament to work quickly to implement solutions and address the people’s discontent.

Speaking at a news conference in Bangkok, Blinken said the United States condemns attacks against the peaceful demonstrators while calling for a full investigation into any protest-related violence.

Pope Francis opened his Sunday remarks after noon prayers at the Vatican by voicing concern about Sri Lanka.

“I unite myself to the pain of the people of Sri Lanka, who continue to suffer the effects of the political and economic instability,” the pontiff said. “Together with the bishops of the country, I renew my appeal for peace, and I implore those who have authority not to ignore the cry of the poor and the needs of the people.’’