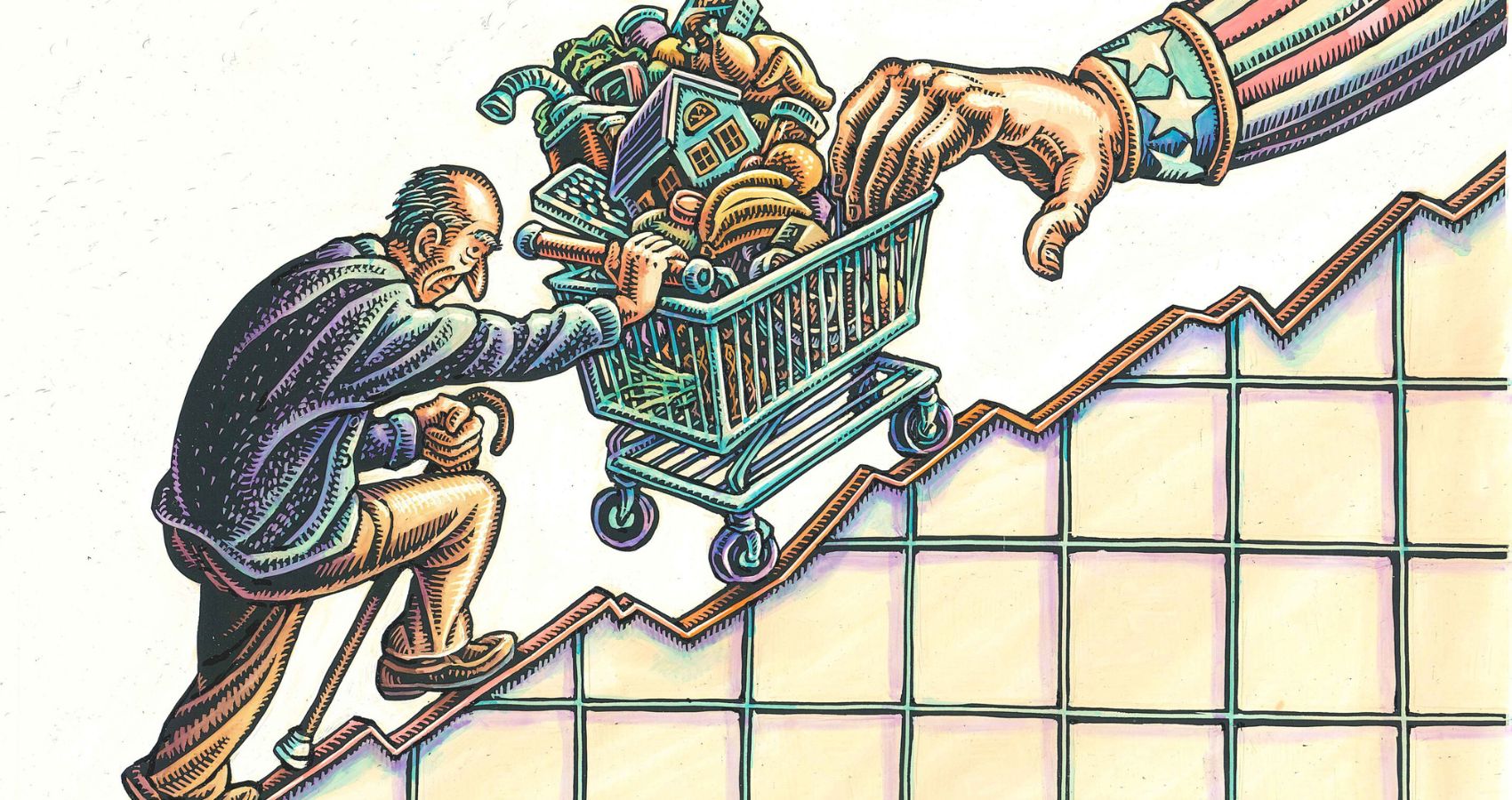 The Social Security Administration is expected to announce its largest annual cost-of-living adjustment (COLA) increase in 40 years.  The hike, set to be announced on Thursday, is estimated at around 8.7 percent and will help those in the program meet rising costs driven by inflation.

The COLAs are based on the country’s current inflation rates. In 1980, inflation was above 14 percent yet declined to 3.5 percent in the latter half of the decade; the COLA followed suit, declining to 5.4 percent in 1990.

Around 70 million Americans receive Social Security benefits. It is estimated that the COLA hike will increase the average monthly retiree check by around $144, according to the Senior Citizens League, a bipartisan advocacy group.

How is the COLA rate determined?

The automatic annual adjustments are based on the Consumer Price Index for Urban Wage Earners and Clerical Workers (CPI-W) and have taken place every year since 1975. Prior to that, adjustments were approved by Congress. 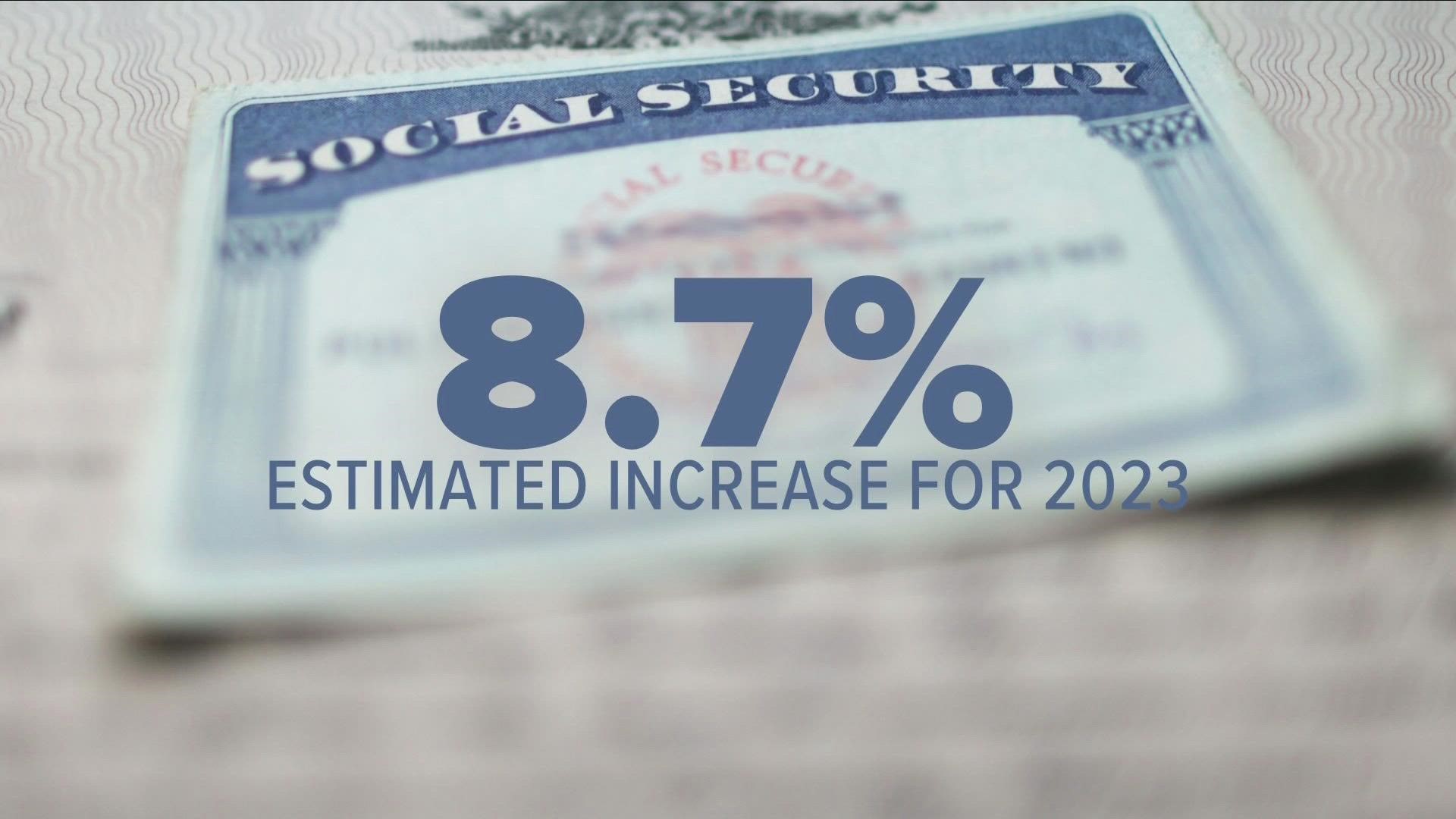 Because the CPI-W is such a broad measure of consumer prices, some have questioned whether the index is the best metric to determine beneficiaries’ needs, the majority of whom are retirees.

The CPI-W is based on price changes for goods and services purchased by workers. Some experts have proposed replacing replacing the CPI-W with a different measure: the CPI-Elderly. But the CPI-E, which reflects spending patterns of the elderly, would not always result in a higher COLA. The difference between the two measures has also been shrinking in recent years.

The annual adjustment has received criticism in the past for the lag period between the start of rising inflation and when beneficiaries receive the cushion payments. Others argue the automatic adjustment can result in COLAs larger than the rate of inflation.

The purpose of the adjustments is to ensure Social Security beneficiaries retain buying power during times of inflation, so individuals with fixed incomes can keep up with rising rents, mortgages and grocery costs.

However, the large COLA might push some recipients over an income threshold, requiring them to pay income taxes on part of their benefit. Single filers who have a combined income equal to or below $25,000 pay no taxes on their benefits. For joint filers, the threshold is $32,000.

The majority of Social Security benefits is funded through Federal Insurance Contributions Act (FICA) taxes. Should a recession hit and unemployment rates rise, it could affect future COLAs. Following the 2008 recession, no COLAs were paid in 2010 and 2011.

Why is it needed?

The simple reason that a big COLA increase is needed now is the record inflation being experienced in the nation.

“It’s the highest rate of inflation that retirees and disabled people today have really ever seen,” said Mary Johnson, a Social Security and Medicare policy analyst at The Senior Citizens League.

The majority of Social Security beneficiaries are retirees and individuals aged 65 or older.

“When people are retired, if they do not have much in the way of savings—and quite a large percentage don’t—that can make it very difficult when prices increase and they have nowhere to go to meet those rising costs,” Johnson said.

Data from July show more than half of older women living alone are poor according to federal poverty standards or don’t have enough money to afford essential expenses. That total is lower for men, at 45 percent.

Because many medical problems worsen with age, increased costs of care put a strain on retirees’ purse strings.

Although more than 50 million older adults rely on Medicare to cover some or all of their health care expenses, the extra COLA cash coming in each month may not be sufficient to meet retirees’ expenses.

“Social Security COLA will cushion the impact of inflation and put more money in seniors’ pockets. That’s not to say some won’t continue to struggle,” said Tricia Neuman, the executive director of the Medicare policy program at the Kaiser Family Foundation.

“Half of all people in Medicare live on incomes below about $30,000 per person. So even with a COLA that’s higher than normal this year, they may continue to struggle with high and rising prices for various things they need on a day-to-day basis, like gas for their cars, rent, food, and other basics, and of course healthcare expenses.”

Medicare Part B premiums are deducted from Social Security checks, and this year, older beneficiaries on Medicare will see additional financial relief alongside the high COLA.

This is thanks to low uptake of the controversial and expensive Alzheimer’s drug aduhelm, which will lead to lower premiums for beneficiaries.

Typically, Part B premiums have grown three times faster than the Social Security COLA and marks one of the fastest, if not the fastest, growing costs in retirement, Johnson said.

Older Americans struggling to pay for high drug prices will also see some respite due to the passage of the Inflation Reduction Act, which requires Medicare to negotiate with drug companies to lower prices. It puts a cap on out-of-pocket drug costs starting in 2025 and a $35 monthly cap on insulin prices beginning in 2023.

“But much of that is still to be phased in,” Johnson said. “The price negotiation is going to be only on a limited set of drugs. So there’s still a considerable amount of out-of-pocket spending that older Americans will probably have to encounter for prescription drugs.”

“The COLA this year should help but doesn’t address more fundamental concerns for seniors living at or near the poverty level, which include a disproportionate share of people of color,” Neuman said.