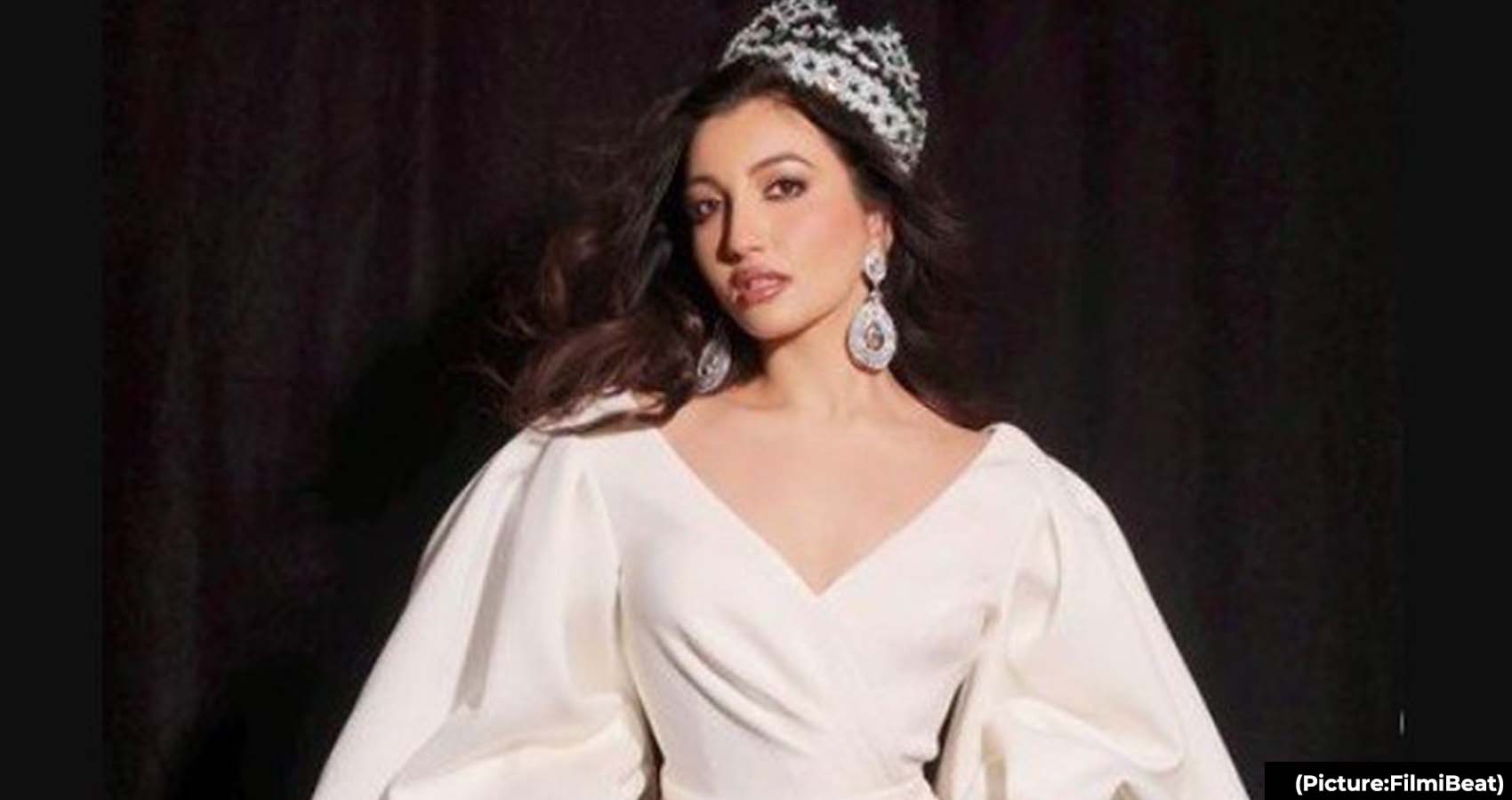 Shree Saini, a former Miss India USA and Miss India Worldwide, has been crowned as the first runner-up at 70th edition of the Miss World 2021 pageant held in San Juan, Puerto Rico at the Coca-Cola Music Hall, on Wednesday, March 16th, 2022. The 26-year-old Ludhiana-born Indian American represented the United States at the beauty pageant.

Karolina Bielawska of Poland was crowned Miss World 2021, which was postponed due to the Covid-19 pandemic. Karolina is currently pursuing her Master’s in Management and hopes to get a PhD too, according to the Miss World organization. 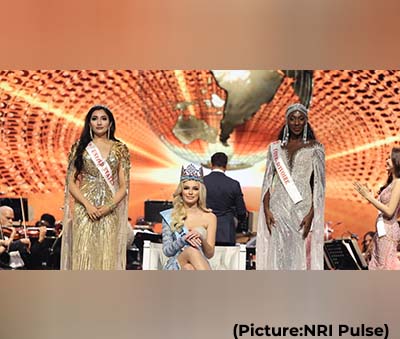 Toni-Ann Singh, Miss World 2020, also graced the event by performing a special number ‘The Prayer’ to show her support for Ukraine in the midst of its conflict with Russia. “Our current Miss World Toni-Ann Singh performs ‘The Prayer’ as we light candles around the world to stand with Ukraine. There wasn’t a dry eye in the house #mwcandlesforukraine.” tweeted from Miss World’s handle.

Beautiful, compassionate, talented, ambitious, gentle, humble, determined and dedicated to achieving the lofty goals in life, she has set before herself at a very young age, Shree Saini is a woman with a golden heart.

Shree Saini is from Punjab’s Ludhiana, but moved to Washington, DC with her family when she was five. Shree grew up in Moses Lake in Washington state, has been living with a pacemaker since the age of 12. With a heartbeat rate of 20 per minute, doctors ruled her out for her first love — ballet. But, literally dancing against all odds, Saini became a trained ballerina and has been accepted as a trainee by the prestigious Joffrey Ballet, based out of Chicago.

The story of Shree is one of resilience over adversities that would daunt even the sturdiest individuals. In October 2019, Saini collapsed right before the final night of the Miss World America competition, where she eventually got to wear the crown, which she accepted from Miss World 1997 Diana Hayden.

Taking to Instagram that evening, Saini’s mother, Ekta Saini, said that doctors had kept her daughter on “cardiac arrest watch” because just 1 per cent of individuals around the world get a pacemaker implant. Undeterred by the episode, Saini went on to be crowned Miss World America 2020. 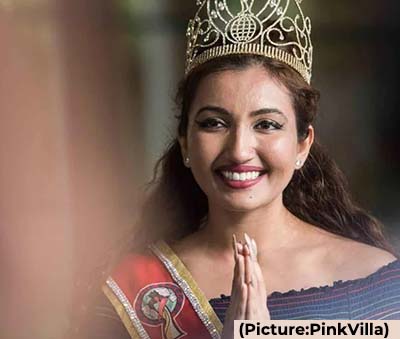 Before she left for Miss World earlier this month, Saini shared a “global message of hope and resilience” in which spoke about how she survived a “major rollover car accident that left my face with bleeding wounds” while she was still in university.

Recalling that horrific episode, Saini wrote: “I no longer had my face. I couldn’t even recognise myself. I couldn’t even cry because my tears would burn as they would pass down my wounds. It was the most excruciating pain I had ever endured.”

The Instagram post, which went viral after Saini became the first runner-up at Miss World 2021, concluded with her urging her social media followers “to keep being solution-oriented … to never lose sight of hope … to have a possibility mindset … and to apply solutions to everyday difficulties”.

Shree was crowned Miss World America 2021 in Los Angeles, CA on Saturday, October 2nd, 2021. Diana Hayden crowned Shree Saini, who is also the first Indian-origin contestant to represent America on a global stage. “I am happy and quite nervous. I can’t express my feelings (in words). All the credit goes to my parents, especially my mother because of whose support I am here. Thank you Miss World America for this honor,” Shree Saini said in her statement, after the crowning moment. Saini wrote on her Instagram, “I am the first American of Indian origin and first Asian to be crowned Miss World America.”

An advocate for heart health, Saini has had a permanent pacemaker since she was 12 and overcame a major car accident which left her with burns all over her face. But she rarely if ever lets any of that hold her back or define her.

Shree Saini, who has been recognized by several organizations and states and world renowned persons for her work and is aspiring to be an actor, told this writer during a recent interview “I am now “Miss World America Washington,” which is preliminary to Miss World America and Miss World! Miss World Titles have been won by Aishwarya Rai and Priyanka Chopra. It’s the largest and the most philanthropic pageant, having raised 1.3 billion dollars for charities around the world. And I want to promote the many charitable initiatives this noble organization does all around the world.”

The official Instagram handle of Miss World America shared the news with a caption that read as, “Shree, who is currently Miss World America Washington, also holds the prestigious position of “MWA National Beauty with a Purpose Ambassador,” a position she earned by working tirelessly to help those less fortunate and in need. Among her many accomplishments, her work has been recognized by UNICEF, Doctors without Borders, Susan G Komen, and many others. We are certain Shree will continue to immaculately embody Beauty With A Purpose, and no doubt will be successful in raising awareness and attention to the Miss World America mission. Stay tuned and follow the Miss World America 2021 journey!” 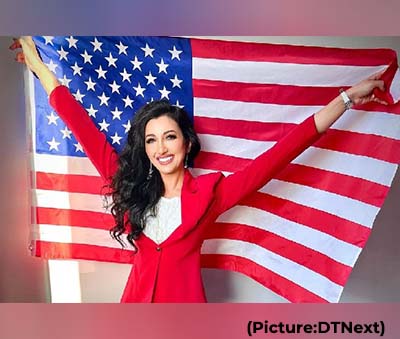 Shree Saini has also been crowned Miss India Worldwide 2018 at a pageant held in the Fords City of New Jersey. “My dance journey began when I was only 3 years old, but a substantial part of my dance journey was filled with both physical and emotional hardships. When I was 12, I was diagnosed with a complete heart block. I had to get a pacemaker surgery. The average age of a pacemaker recipient is age 80. Cardiologists told me I could never dance again,” Shree had noted on her social media.

Instead of giving up, Shree Saini went back to dance class with her left arm tied up in a cast and practiced up to 6 hours a day in order to regain her strength. Saini noted on media that even though “dance is a very competitive, cut-throat, high stakes sport”, she wants to “encourage teachers, students, parents to always be uplifting, emphatic, especially when it’s difficult. Real Love takes courage.”

Saini, who has studied at Harvard, has been trained in acting at the Yale actors conservatory. The Punjab native, who moved to Washington State when she was seven, experienced hardships while in high school, where she was bullied. For years, she said, she felt like an outcast at school for being a person of color. Shree has created an app on emotional heath at Stanford University. She has given hundreds of presentations in over 80 cities and six countries and written about 400 articles in newspapers on emotional fitness, via her non-profit shareesaini.org.

Shree says, “The best award is knowing that YOU made a POSITIVE difference in someone else’s life. A girl recently approached me after a talk and started crying. She mentioned that she had followed my journey for a while and felt encouraged to pursue her dreams, despite obstacles. I gave her a big HUG and started to tear up as well. WOW. Your positive words and actions do make a positive difference. Keep being EXTRA LOVING AND ENCOURAGING.

Being uprooted from one’s culture and dear ones was undoubtedly a major challenge. She had to experience hardships while in high school, where she was bullied. Young Shree fought bravely a heart ailment which required her to use a pacemaker. Shree, who had a pacemaker implanted at the age of 12 and was told that she would never be able to dance, is an inspiration for all. “I practice dance almost every day for several hours,” Shree says, pointing to the pacemaker she carries with her all the time.

After doctors diagnosed her with a congenital heart defect at the age of 12, Saini recalls how she struggled to adapt to the life-changing situation of needing a pacemaker while still in middle school, especially when other students did not treat her kindly as a result. “I truly believe your legacy is defined by how you make others feel and the positive difference you make in your lifetime,” said Shree, who started her non-profit organization, when she was 15. Shree said it was her dream to compete for a world title, which was started when she was in the elementary school.

“I have been the target of brutal emotional bullying. I was ridiculed in the most subtle ways, which is why I so often talk about ‘nonverbal’ bullying. For example, there were many instances where I was left out of events or edited out of pictures, and daily ‘whispered about’ by others. As a result of this treatment, there were many times when I would cry in my school’s restrooms or come home in tears after dance class… yet I persevered.

“My family helped me endure,” she explains. “My mom said, ‘the way people treat you has nothing to do with you, but has everything to do with them.’ She empowered me to step up and be even more compassionate towards those who hurt me, and to never give up on my true belief in always being kind.”

In order to reprogram her brain towards more positive thoughts and reach an understanding of how she could find inner peace in spite of all the negativity, she read extensively. “I read books and essays on achieving a more powerful mindset, responding to acts of hate with compassion, and the true value of emotional fitness and what can be done to address the lack of education around it. From what I have learned, I have formed my personal mantra: ‘Giving powerful responses to life’s struggles while being a positive contributor to every situation.’”

After dealing with her own personal experiences, Saini penciled her thoughts in a journal, which she said helped change her from a victim to an empowered young woman. The journals in her diary turned to newspaper clippings in local papers in Washington. “In a society mainly obsessed with physical fitness, emotional problems are dismissed,” noted the young activist. “Emotional well-being is necessary to have a healthy body and mind,” she says.

These experiences did not deter young Shree from pursuing her life’s mission.  “My journey went from a silent sufferer to a bitter person and finally an enabled victor,” she says. “If anything, the physical challenges and social pressures fueled her – all the way to the Joffrey Ballet and beyond, including winning the title of Miss India USA.”

Shree gives credit to her parents, Sanjay and Ekta Saini, who have not only supported her dreams, but have gone beyond to help her succeed at every step of the way. Pointing to her mother, Ekta, Shree says, “My mother is my role model, who has been with me, supported me and have encouraged me to work hard and realize my dreams.”

Regarding her future goals and ambitions, Shree is candid about her choices. If good offers come her way, Shree is open to acting in movies, whether it be in Bollywood or Hollywood. Another effective way to showcase her talents and still more importantly, another way to champion and spread her message for a better, just and peaceful world. “Meanwhile, I want to continue working on my nonprofit and become an ambassador of emotional health by continuing to visit as many places as possible, spreading my positive message of hope,” Saini says.https://www.youtube.com/watch?v=Im7eb8b68Ek