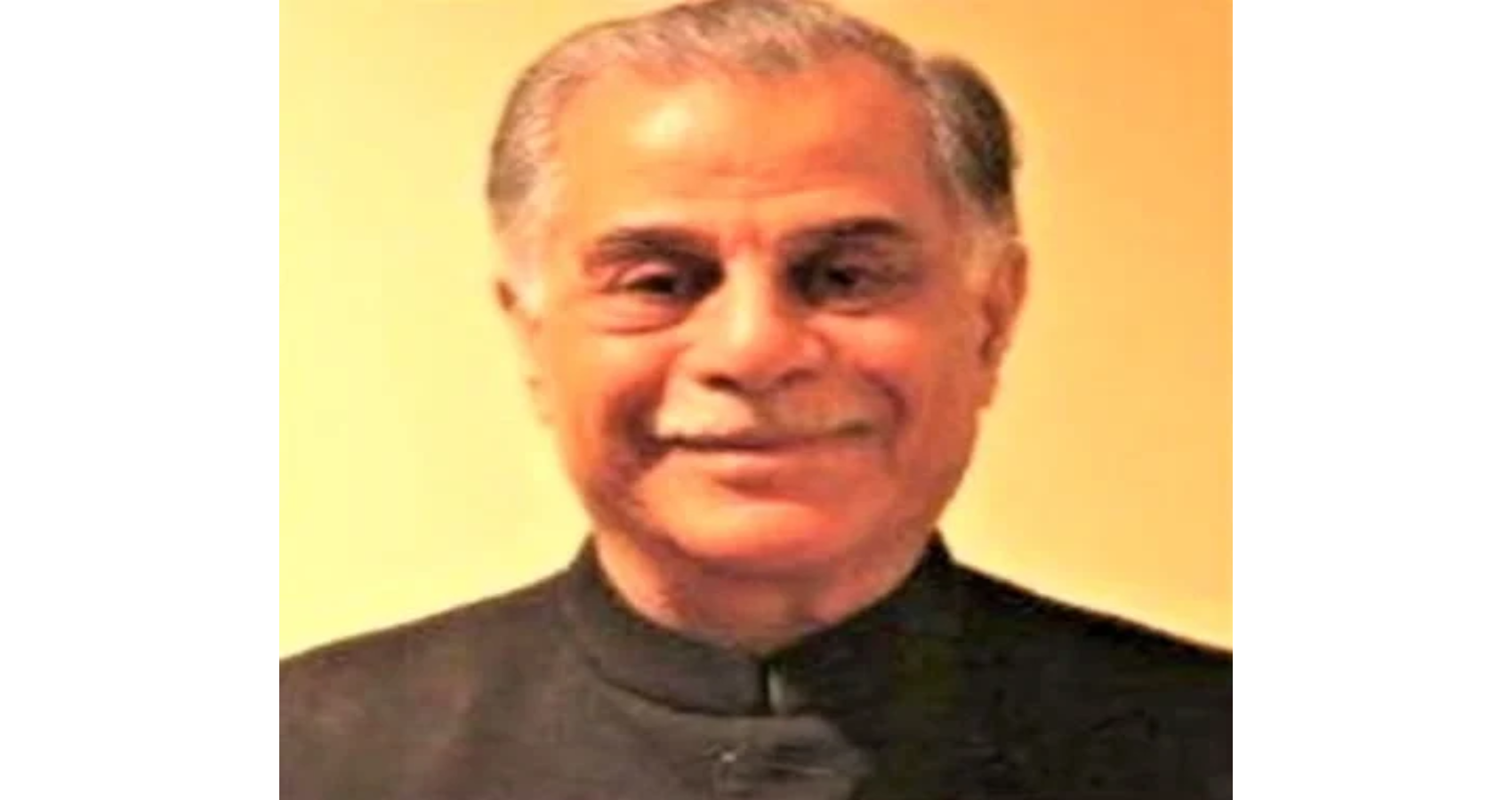 Shiv Kapuria, Air India’s Sales Manager for the Northeast USA passed away peacefully near Boston, MA on Friday, May 14th, surrounded by his loved ones. He was 82.“It is with great sadness that we announce the death of Shiv Kapuria (Watertown, Massachusetts), who passed away on May 14, 2021, at the age of 82, leaving to mourn family and friends. Family and friends are welcome to leave their condolences on this memorial page and share them with the family,” a note from the family stated.

He was loved and cherished by many people including: his wife Sarita; his children, Samir (EneryKapuria) and Aarti (Manu Goel); and his grandchildren, Ishaan, Rohan Kapuria and SimrenGoel.Visitation was held on Sunday, May 16th 2021 from 2:00 PM to 5:00 PM at the Devito Funeral Home – Watertown (761 Mt Auburn St, Watertown, MA 02472).

Mr. Kapuria was born on Oct. 28, 1938. Through a maze of history, circumstance, and ambition, Mr. Kapuria went from Delhi to Srinagar to New York to London and then to Massachusetts.His story can be written as a resume: Shiv, an ambassador of his country and its rich heritage, who came to a new country with a young wife to the Air India office in New York, and later established himself in New England, while covering the region for advancing travel and tourism to India.

He went on to having the longest tenure in the company when he retired 57 years later. One could add, he was the founding member of the Pacific Asian Travel Association, New England and received several global awards from the industry. His friends and colleagues recognized Mr. Kapuria as a person with the highest integrity who always respected the dignity of others and would offer his hand to help anyone.

A stalwart of the Indian community in the Boston area, Mr. Kapuria was a founding member of the Indian American Forum for Political Education. He took as his personal mission to connect friends and newcomers across the span of industries to show the power of having a single voice. He worked tirelessly to establish a strong sense of Indian identity in Massachusetts.

The true legacy of Mr. Kapuria is his compassion towards all and his generous personality. His mantra of life was: “Cherish every moment, together.”

“It is so shocking that my dearest friend, Shiv Kapuria, is no more with us. About 45 years ago, Shiv and Sarita moved from England to New York and soon after to Boston. Shiv did not know anybody and wanted to talk to an Indian family settled here. Somebody suggested that he should contact me,” said Puran Dang, an Indian-American community leader and a resident of Lexington, MA. “I was the fortunate one he contacted. He came to our home in Lexington and the rest is history. We became dear friends for life. Because of their exceptional genial nature, Shiv and Sarita became part of our family. Shiv was a master of creating genuine and loving relationships.”

Mr. Dang said that Mr. Kapuria was a rare personality and both he and his wife, Sarita, became the most popular couple in inner circle of friends.“Shiv was a great Community Leader and served the community on various levels. I have a very sweet memory of those years when Shiv and I led the United India Association of North India for two years,” recalled Mr. Dang. “It was such a joy for me. He always thought the best for our community. In Shiv, Kamlesh and I have lost a dear brother. We will miss his love, smile and loving hugs all our life. Shiv and Sarita’s life has been a model of love and mutual respect.”

Sushil Tuli, Chairman and CEO of Leader Bank said he was saddened with the loss of Mr. Kapuria who was like a big brother to him.

“He was greatly loved, respected and admired. Our community has lost a humble member and wonderful friend. While our hearts are heavy today, they are also filled with gratitude for the service and affection he has show towards everyone he knew,” said Mr. Tuli. “Throughout his life, he devoted himself to worthy causes and to others. He represented the Indian community in the Boston area with dignity. We are fortunate that we enjoyed the charm and wit of his company and we know how much he will be missed. I offer my heartfelt condolences to his family and pray the his soul rest in eternal peace.”

Upendra Mishra, publisher of INDIA New England News and the Managing Partner of the The Mishra Group, said that the newspaper has lost a big supporter.“Mr. Kapuria was a man with a golden heart and, and was always trying to promote Air India, travel to India, tourism and–of course, INDIA New England News,” said Mr. Mishra. “We will miss him and his smile deeply and so will the Indian-American community in New England and the travel industry.”

Mr. Andy Bhatia, acolleague and friend of Mr. Kapuria, and had led the AIR India’s Sales Initiatives in North America said, “I  have no adequate words to describe how  I  feel about losing  my Air India colleague and   dear friend, Shiv.He was a very special person . Very thoughtful and caring  . People admired him for his knowledge and consul in developing new tour products    to India and around the world.”

According to Mr. Bhatia, “Mr. Kapuria had “served with Air India for more that 50 Years and his last position was Area Sales Manager North East USA.  He worked in India, London, Nairobi, and in the North American market.He had a sterling reputation in the travel industry and helped one and all. His passing is heart breaking but we all take comfort in knowing that he is no longer suffering and  he is in peace with God.May his soul rest in peace.”

In lieu of flowers, donations can be made to Akshaya Patra, using this link: https://apusa.givingfuel.com/in-honor-of-kapuriaFurther details for the service can be found here: https://www.devitofuneralhomes.com/memorials/shiv-kapuria/4620992/index.php