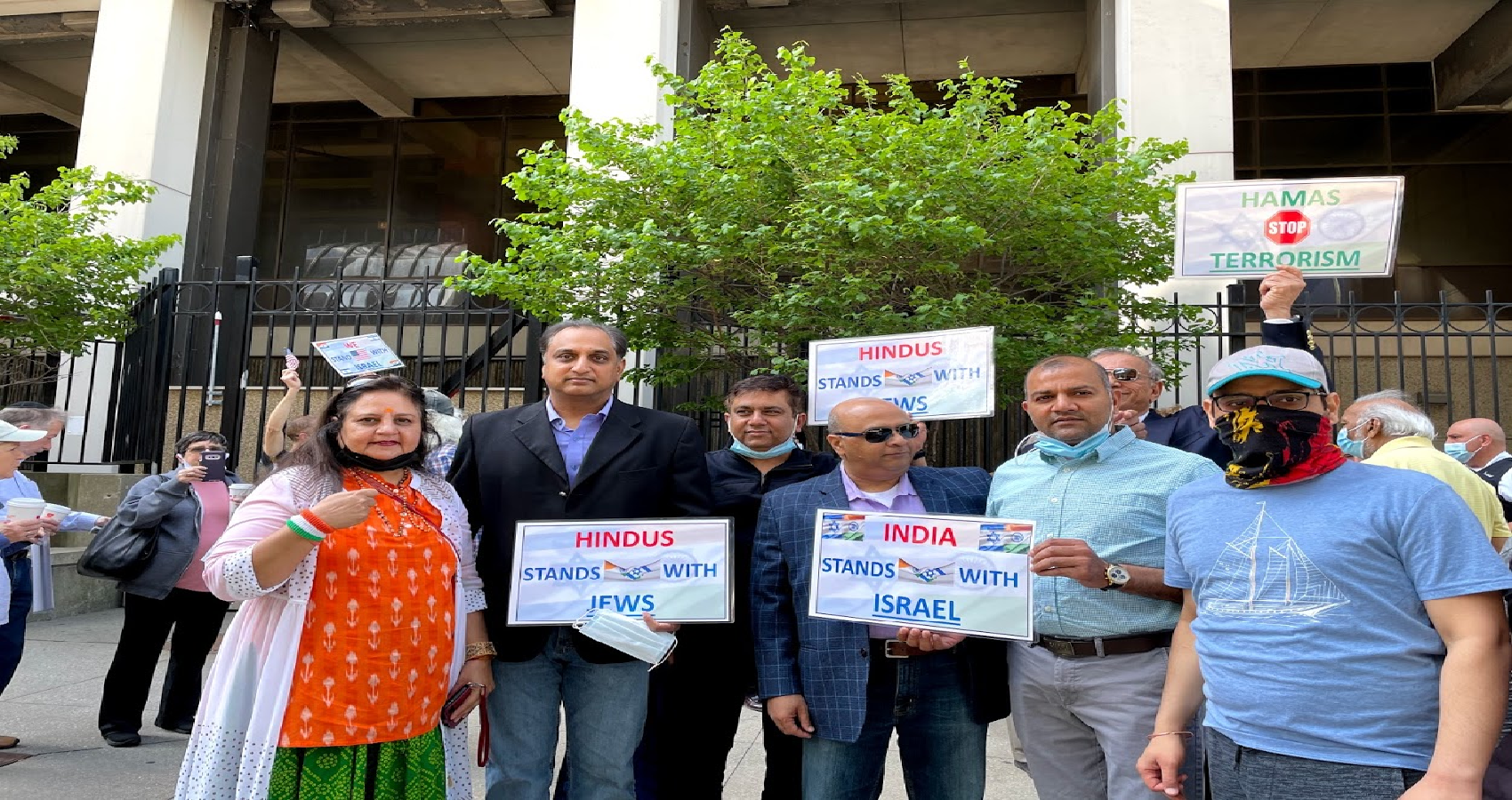 Hundreds of Hindu Americans stood in solidarity with the Jewish community, showing their steadfast support to Israel against the Hamas terror attack during an event jointly organized by: Stand with Israel and US India Friendship Council on May 17th.

A peaceful vigil led Dr. Bharat Barai, Peggy Shapiro, Amitabh Mittal, VandanaJhingan and other community leaders, brought together people from both the Hindu and Jewish American diaspora who condemned the attacks by Hamas targeting residential areas in Israel and united in one voice to demand peace in the region.
A Similar kind of interfaith peaceful vigil was organized in the Northbrook suburbs of Chicago a few days ago. Jews community leaders have thanked Hindu Americans for not only understanding but also coming out in large numbers to support Israel at a time when many countries and media houses are attacking it for defending its right to protect its citizens. 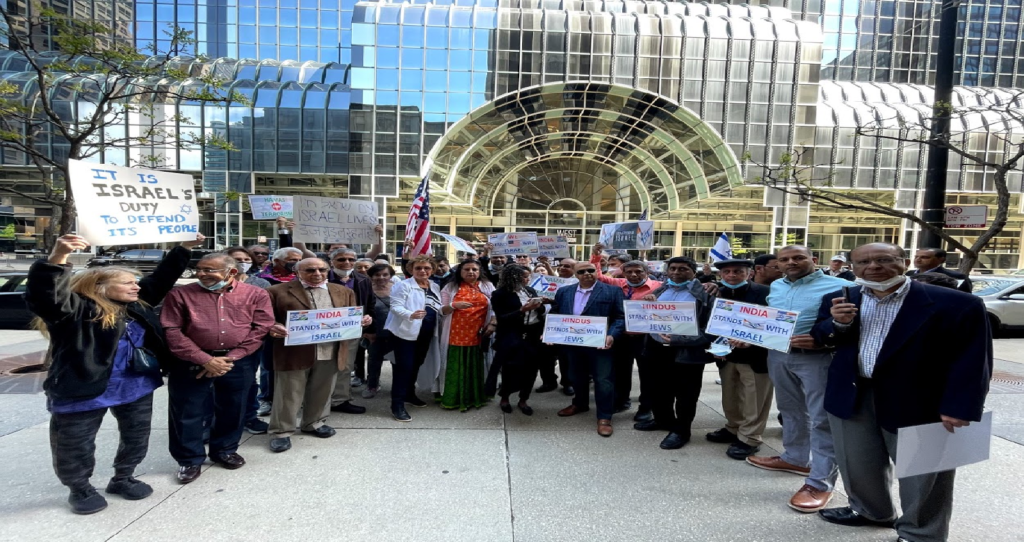 Hindu American community leader Dr. Barai addressed the gathering and said that they are here today to stand with the people of Israel who are targeted by constant rocket attacks from Gaza. He also said that Hamas terrorists have not only destroyed houses and killed innocent civilians in the state of Israel but are also terrorizing people of Gaza. After decades of experiencing wars, people of Israel and Gaza deserve to live in peace, and Dr. Barai expressed the solid commitment of the Hindu community to continue supporting Israel and the demand for peace in the region through this difficult situation.

Jew community leader Peggy Shapiro came out with her friends to join the vigil. In her address, she said that she is speechless and grateful to see support for the wonderful Indian and Hindu community in Israel. She said people might be shouting about hate but we are singing together for love and peace and our message of peace needs to prevail if we want the world to survive. She called Hindu and Indian community members their brothers and sisters and at the time when Israel and Jew’s people feel alone, she felt great support in knowing that we stand together.

Hindu community leader VandanaJhingan said that Indian and Israel share great friendship and that is the reason Hindu American community came out in large numbers to show their support to Israel, as this is what true friends do.Amitabh VW Mittal a board member of US India Friendship council and Gen Secretary of Vishwa Hindu Parishad, stated: If we in the world are all against terrorism and spread of it, we need to stand with Israel while its been attacked and has all right to defend its citizens from attacks by the Terrorist organization Hamas, who cowardly uses civilians as shield.

The peaceful vigil was later joined by Ms Ariella Rada, Consul for Economic and Community Affairs of the Israel consulate who thanked everyone who participated in the vigil and also updated them about the ground situation. She said that at the time when all the heat and hate is against Israel, it is heartwarming to see so many people gathered in support and that the world needs to know that Hamas is the reason for this crisis and Israel is just trying to protect its citizens.