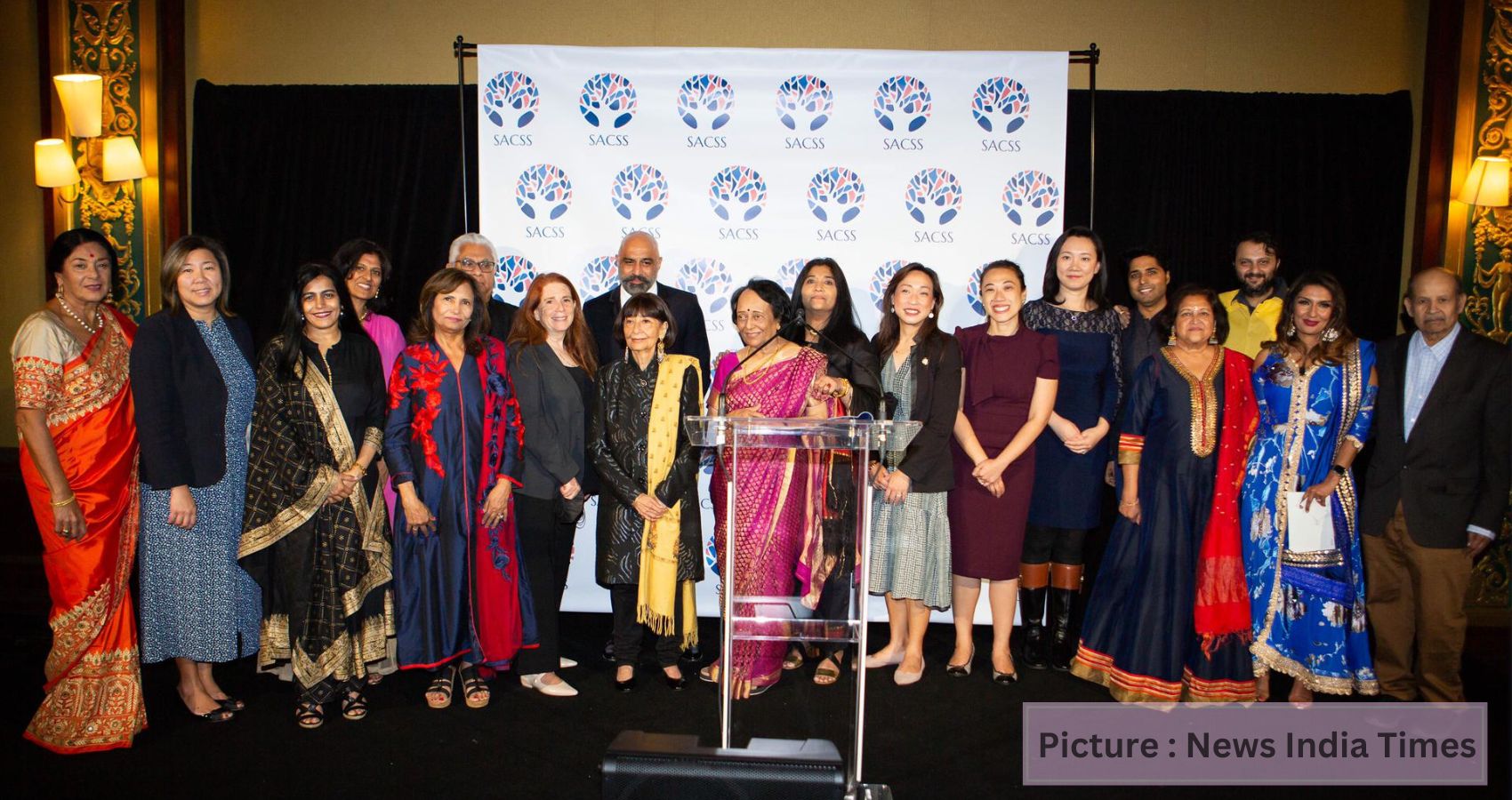 A highlight of the evening was food by Chef Hemant Mathur who catered the event, while performances by D.J. Rekha, Grammy award winner singer Falu and The New York Kathak Dance Company provided the entertainment for the evening. The event was emceed by Hena Doba and Sree Sreenivasan. Actor-Producer-Director Faran Tahir was also a special guest.

Speaking at the event, Executive Director Sudha Acharya spoke of the increasing needs of the underserved immigrant community and assured that the organization would continue to provide direct services as it had been doing for 22 years. Jaffrey appreciated the work of SACSS’ food pantry, saying it provided comfort to the soul through culturally palatable food. During the evening SACSS also honored and presented special awards to some of the dignitaries.  Congresswoman Grace Meng was presented with Community Trailblazer Award, entrepreneur Adnan Durrani with Pioneer in FoodYouWant Award, Restaurateur Roni Mazumdar and Chef Chintan Pandya were presented with Innovator in FoodYouWant awards

Accepting her award, Congresswoman Grace Meng noted the contribution of SACSS to the community through its food pantry and the new community center opened last year. Durrani spoke of his own experiences and lauded the work done by SACSS during the pandemic. Restaurateur Roni Mazumdar encouraged those present to uphold their cultural heritage. Chef Chintan Pandya said he would like to emulate the path carved by noted chefs like Jaffrey and Floyd Cardoz.

A fundraising auction was also held during the evening where chefs Pandya and Vijay Kumar of  Unapologetic Foods offered the prize of a dinner personally prepared by them at their home for a party of ten.  Other contributors to the fundraising auction were Christopher Hyland & Constantino Castellano of Christopher Hyland Inc., Hena Doba of Cheddar TV, Madhur Jaffrey, Anu Bhat of The Rural Painter and T.K. Sarasvathy of The Bhojan Art

The non-profit organization SACSS based in Flushing, Queens, has been providing direct services to the South Asian Community in New York City for many years, providing help with getting healthcare and public benefits, and has expanded its activities to food pantry and a Seniors’ community center. SACSS provides its services to close to 150,000 persons a year through free programs and help available in 19 languages including Hindi, Bengali, Urdu, Punjabi, Gujarati, Kannada, Marathi, Malayalam, Nepali, Tamil, Telugu, Tibetan, Spanish, Creole, Cantonese, Mandarin, Hakka and Malay. (Courtesy: News India Times)