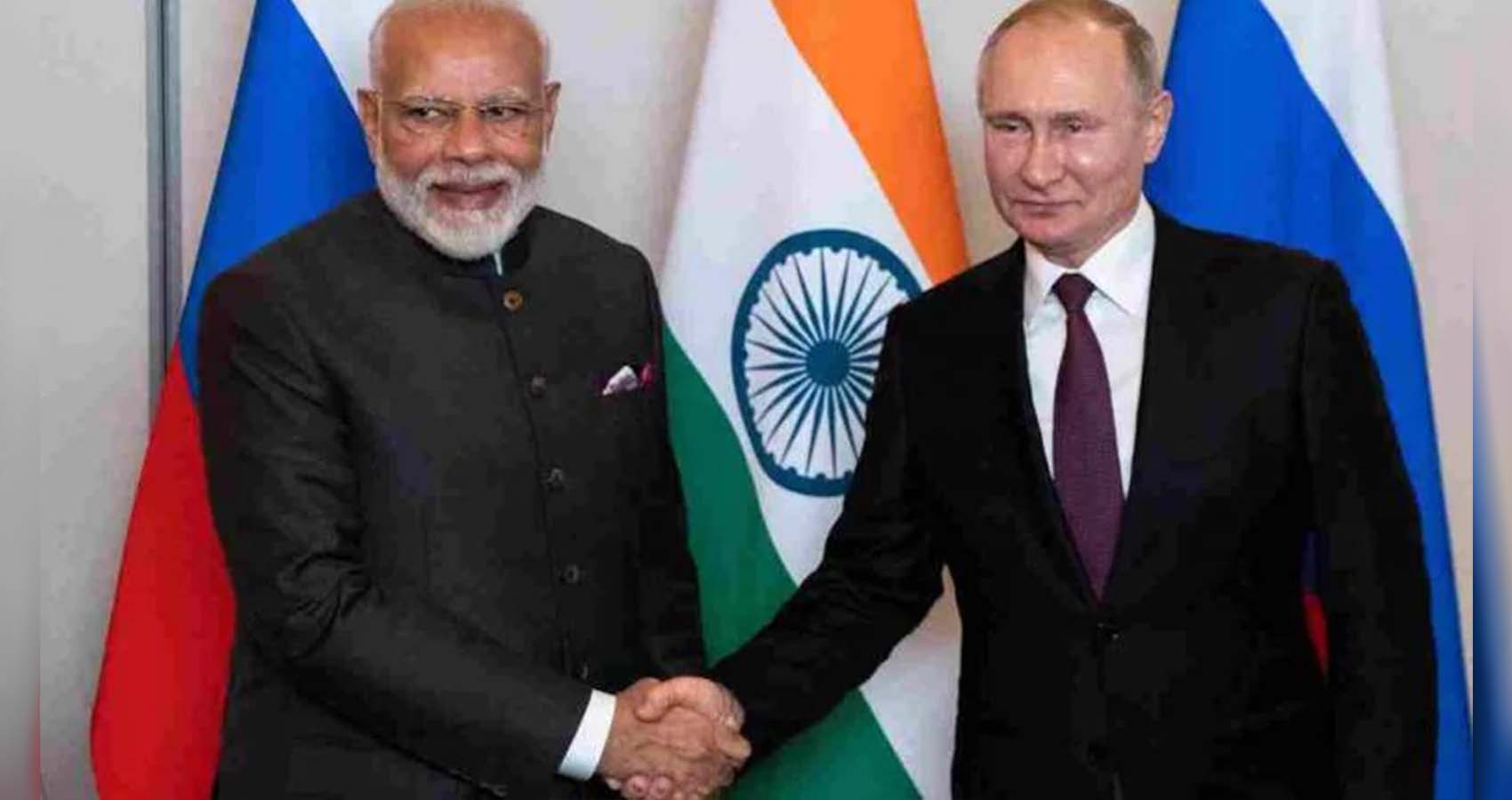 Russian President Vladimir Putin’s India visit has brought back the issue of ‘strategic balance’ in the Indian foreign policy narrative.  Not many analysts doubt the independent nature of India’s foreign policy. Still, there has been an impression that in the changing geopolitical dynamics, New Delhi and Moscow were somewhat drifting apart.

There will be a series of meetings, including the maiden 2+2 dialogue of the defense and foreign ministers, before the 21st annual India-Russia Summit. India and Russia will have an extensive engagement on defense and political ties and regional and international developments during President Vladimir Putin’s visit to New Delhi for the annual summit with Prime Minister Narendra Modi on December 6. 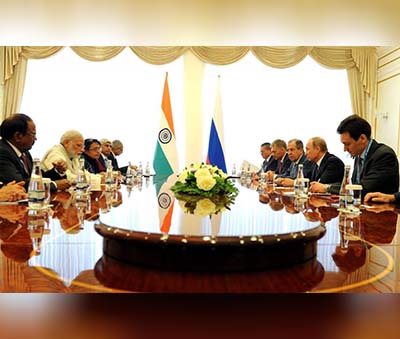 The two sides will have an “intensive engagement” that will culminate with the summit, external affairs ministry spokesperson Arindam Bagchi told a regular news briefing.

Defense minister Rajnath Singh and Shoigu will co-chair a meeting of the inter-governmental commission on military-technical cooperation, while external affairs minister S Jaishankar will hold a bilateral meeting with Lavrov early on Monday. These meetings will be followed by the inaugural 2+2 ministerial dialogue, which is expected to discuss bilateral, regional, and international political and defense issues, Bagchi said.

India has 2+2 ministerial meetings with very few countries, including Australia, Japan, and the US. At their annual summit in the afternoon on December 6, the two leaders will review the state and prospects of bilateral relations and discuss ways to further strengthen the bilateral strategic partnership. The summit will be an opportunity to exchange views on regional, multilateral, and international issues, and several agreements are expected to be signed during and in the run-up to the summit.

Asked about the US threatening to impose secondary sanctions under the Countering America’s Adversaries Through Sanctions Act (CAATSA) on India’s deal to acquire five S-400 air defense systems from Russia, Bagchi said, “India and the US have a special global strategic partnership. We also have a special and privileged strategic partnership with Russia and we pursue an independent foreign policy.

Despite India’s increasing closeness to the West, a strong Russia and stronger India-Russia ties are important for India’s vision of a multipolar world and its own balanced foreign policy approach. It is also crucial for India to assert its strategic autonomy, defense modernisation and ambition to become an important producer of defense equipment.

The government-to-government linkages are quite strong. In the last 20 summits, about 230 agreements of different kinds were signed between the two countries. This summit has added 28 more MOUs/agreements. This time, however, there are also many MOUs beyond the government sector.

Almost every summit has coincided with some announcement of major arms purchases. This summit was not an exception as India agreed to buy over six lakh AK 203 rifles. Due to diversification, there has been some decline in the last few years. Still, Russia is India’s biggest arms supplier. For 2021-31, a new Military-Technical program has also been agreed. Some of these purchases particularly, S-400 missiles are under threat from the United States because of the Countering America’s Adversaries Through Sanctions Act (CAATSA), which India hopes it will be able to work through with the Americans. The supply of parts of S-400 missiles has already begun.

One of the major challenges has been how to sustain this relationship in the absence of dynamic commercial ties. Bilateral trade is stuck around $10 billion for many years. The problem areas are well-known — these include lack of information, visa problems and logistic issues etc. In recent years, attempts have been made to address some of these issues.

There has been renewed focus on the International North South Trade Corridor (INSTC). Now, the Chabahar port has been added within the INSTC framework. A feasibility study on Chennai-Vladivostok maritime corridor is also at the advanced stage. There was also a mention of the need for creating linkages between India and the Eurasian Economic Union. A new trade target of $30 billion by 2025 was also mentioned. These narratives are good for the summit outcomes. The experience of the last many years shows that progress on most of these fronts has been slow for various reasons.

Apart from strategic convergence on some of the global and regional issues, the main pillars are still defence ties, hydrocarbons and nuclear. Russia has a clear comparative advantage in these areas and played an important role in our ties in the past 20 years. But in the next decade, when defence diversification and energy transition is going to happen, we need to find new areas of cooperation. For many years, India has talked about Information Technology, pharma sector, diamonds, textiles and the like. Still, it has not been able to make them core areas of interaction.

In the changing global geopolitics, India-Russia ties have the potential to stabilise increasing geopolitical tensions in the Indo-Pacific region as well as in Eurasia. Although India is working closely with the US and other western partners in the Indo-Pacific, its interests are clearly aligned with Russia in the Eurasian region, including now in Afghanistan. Although defence and energy will continue to bind us together, much more needs to be done in trade and connectivity sector. Once private sectors of both the economies are also linked with each other, India and Russia can truly complement each other’s modernisation.