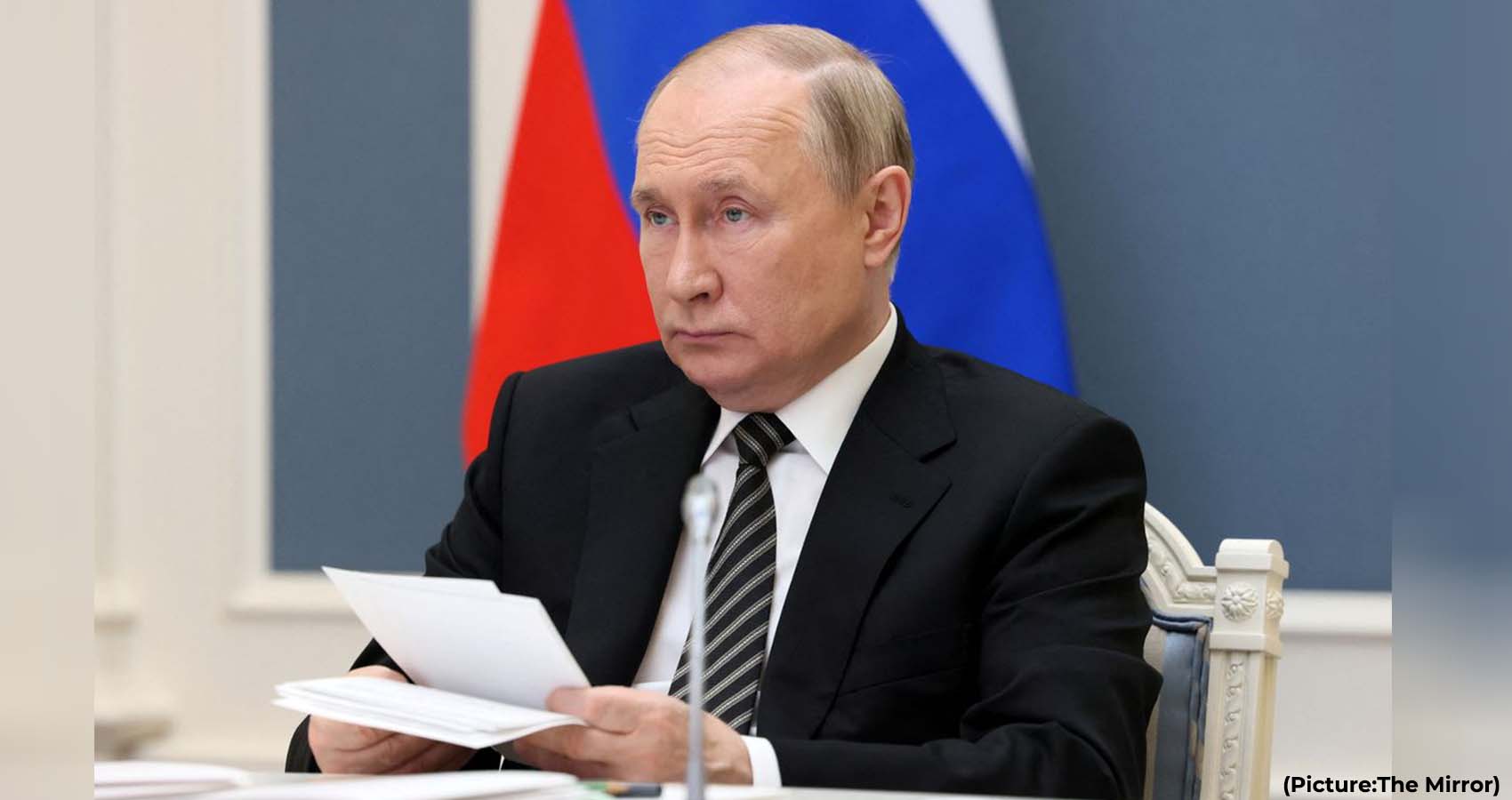 A Russian intelligence officer has claimed that President Vladimir Putin has been given three years to live as he has a “rapidly progressing cancer”, the Independent said in a report. The FSB (Russian Federal Security Service) officer also alleged that 69-year-old Vladimir Putin is losing is sight.

Vladimir Putin, who has been in power in Russia for over two decades, sent troops to Ukraine on February 24, sending shock waves around the world.  The report of failing health comes amid growing speculation that Putin’s health is deteriorating rapidly. However, Russian Foreign Minister Sergei Lavrov on Sunday denied speculation that President Putin was ill, saying there were no signs pointing to any ailment.

Independent further said in its report that the FSB official revealed the latest about Mr Putin’s health in a message to former Russian spy Boris Karpichkov, who lives in the UK. “We are told he is suffering from headaches and when he appears on TV he needs pieces of paper with everything written in huge letters to read what he’s going to say. They are so big each page can only hold a couple of sentences. His eyesight is seriously worsening,” according to a part of the message released by news.com.au.

Metro and Express further reported that Mr Putin’s limbs are “now also shaking uncontrollably”. Earlier this month, Express carried a report which said that Mr Putin underwent a surgery to remove fluid from his abdomen. The operation “went well and without complications”, the report further said, attributing the information to Telegram channel General SVR linked to Russia’s Foreign Intelligence Service.

However, Mr Lavrov denied the speculation around the Russian President’s health. “I don’t think that sane people can see in this person signs of some kind of illness or ailment,” Russia’s top diplomat said, answering a question from France’s broadcaster TF1.

Mr Lavrov said that Mr Putin, who will turn 70 in October, appears in public “every day”. “You can watch him on screens, read and listen to his speeches,” the foreign minister said in comments released by the Russian foreign ministry.

Moscow’s offensive has killed thousands of people, sparked the biggest refugee crisis in Europe since World War II and led to unprecedented Western sanctions against Russia.