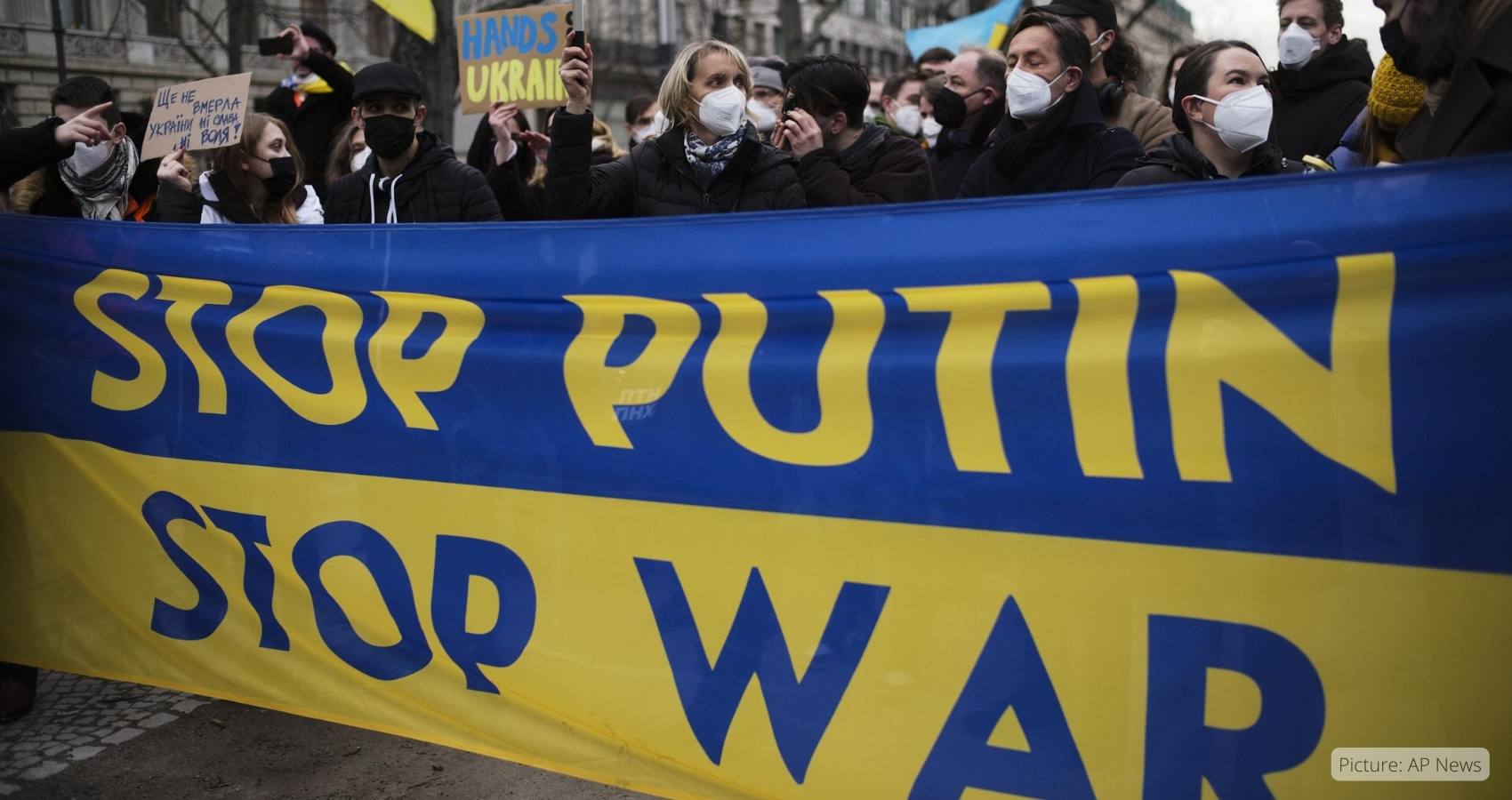 The United Nations General Assembly on Wednesday overwhelmingly condemned Russia’s “attempted illegal annexation” of four partially occupied regions in Ukraine and called on all countries not to recognize the move, strengthening a diplomatic international isolation of Moscow since it invaded its neighbor.

The United Nations General Assembly has voted overwhelmingly to condemn Russia’s attempts to annex four regions of Ukraine.  The resolution was supported by 143 countries, while 35 states – including China and India – abstained. In addition to Russia, only four countries rejected the vote, namely Belarus, North Korea, Syria and Nicaragua.  Although symbolic, it was the highest number of votes against Russia since the invasion.

India’s abstention was in keeping with its voting posture on all substantive Ukraine-related resolutions since the war began. It, however, expressed deep concern at the escalation of the conflict in Ukraine, called for an immediate ceasefire, reiterated its traditional position in favor of peace, diplomacy, and dialogue, and advocated keeping diplomatic channels open.

India said it was abstaining since there were “other pressing issues” not covered adequately by the resolution.  The non-binding resolution, titled “Territorial Integrity of Ukraine: Defending the Principles of the UN Charter”, was brought to the UNGA after the Russians vetoed a similar text condemning its referendum and annexation at the UN Security Council. The UN resolution calls on the international community not to recognize any of Russia’s annexation claims and demands its “immediate reversal”. It welcomes and “expresses its strong support” for efforts to de-escalate the conflict through negotiation.

“It’s amazing,” Ukraine’s U.N. Ambassador Sergiy Kyslytsya told reporters after the vote as he stood next to U.S. Ambassador to the United Nations, Linda Thomas-Greenfield, who said the result showed Russia could not intimidate the world. “Today it is Russia invading Ukraine. But tomorrow it could be another nation whose territory is violated. It could be you. You could be next. What would you expect from this chamber?” Thomas-Greenfield told the General Assembly before the vote.

Moscow in September proclaimed its annexation of four partially occupied regions in Ukraine – Donetsk, Luhansk, Kherson and Zaporizhzhia – after staging what it called referendums. Ukraine and allies have denounced the votes as illegal and coercive. Last week, in a ceremony in the Kremlin, President Vladimir Putin signed documents to make the eastern Ukrainian regions of Luhansk, Donetsk, Zaporizhzhia and Kherson part of Russia. The agreements were signed with the Moscow-installed leaders of the four regions, and came after self-proclaimed referendums in the areas that were denounced as a “sham” by the West.

China and India, which have attempted to remain neutral on the conflict, parties that abstained from the vote included 19 nations in Africa. Many African countries have avoided taking sides in the war – which has been seen as a reflection of efforts to maintain longstanding trade ties, or of historic non-alignment policies.

Three of four states that were visited by Russian Foreign Minister Sergei Lavrov in July – Congo-Brazzaville, Ethiopia and Uganda – chose to abstain. Meanwhile, all four nations that featured on a recent trip by Ukraine’s own foreign minister – Ghana, Ivory Coast, Kenya and Senegal – voted at the UN to condemn Russia.

Dmytro Kuleba made his tour in an apparent effort to counter Russian influence in Africa, although he cut short his visit after major Ukrainian cities came under missile fire on Monday. Ukraine’s President Volodymyr Zelensky said he was grateful to the countries that did support the resolution. “The world had its say – [Russia’s] attempts at annexation is [sic] worthless and will never be recognised by free nations,” he tweeted, adding that Ukraine would “return all its lands”.

US President Joe Biden said the vote sent a “clear message” to Moscow.  “The stakes of this conflict are clear to all, and the world has sent a clear message in response – Russia cannot erase a sovereign state from the map,” he said.

Dame Barbara Woodward, Britain’s ambassador to the UN, said Russia had failed on the battlefield and at the UN, adding that countries had united to defend the world body’s charter.  “Russia has isolated itself, but Russia alone can stop the suffering. The time to end the war is now,” she said.

“All countries deserve respect for their sovereignty and territorial integrity,” said Chinese Foreign Ministry spokesperson Mao Ning, told the New York Times. She added that “support should be given to all efforts that are conducive to peacefully resolving the crisis.”

“India is deeply concerned at the escalation of the conflict in Ukraine, including targeting of infrastructure and deaths of civilians,” said Arindam Bagchi, spokesperson for India’s Ministry of External Affairs. 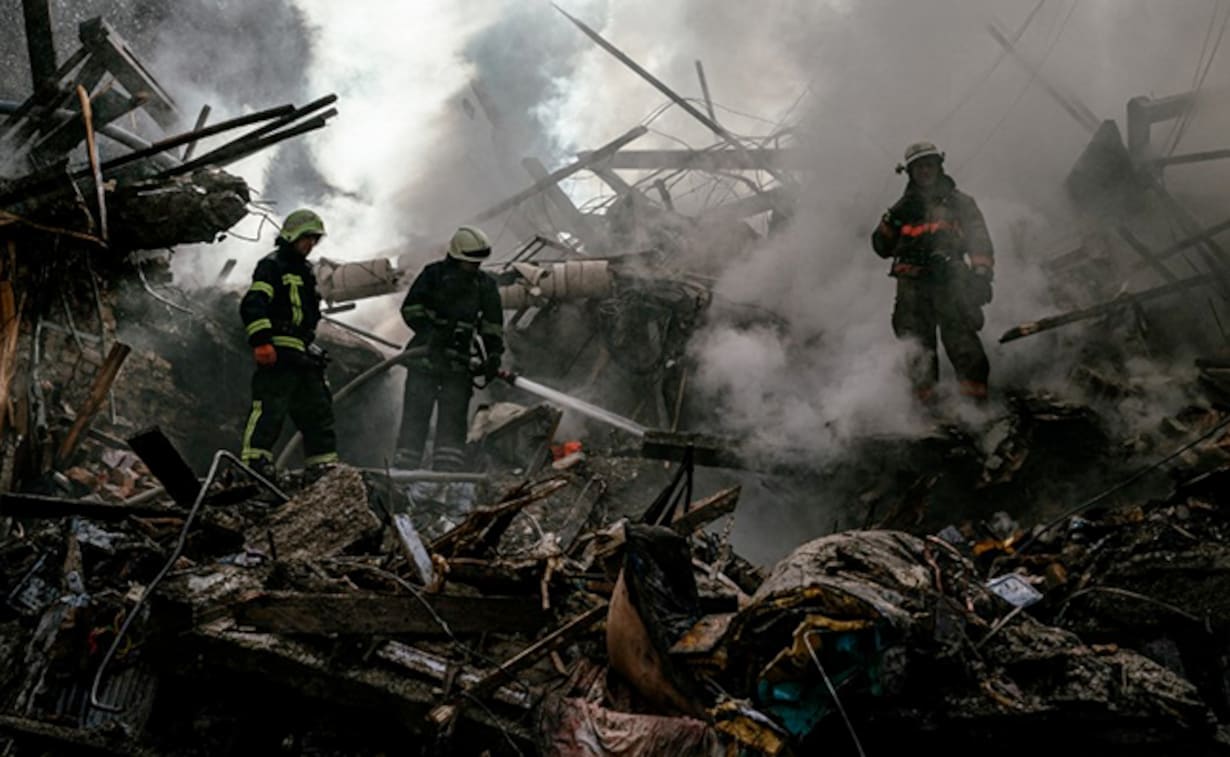 That’s a far cry from the US condemnation of the strikes, and Axios notes that neither statement contains “strong criticism” of the Russian missile strikes. But the “statements are the latest indicator that both countries are continuing to distance themselves from Russia as the war in Ukraine drags on,” per the story.

Both countries have provided crucial economic support to Moscow in recent months by buying more Russian oil as European nations do the opposite, notes the Times. A story at Politico, meanwhile, notes that calls are growing for India and China to make clear to Putin that any kind of nuclear strike should be off the table. The Russian leader has refused to rule that out.

Earlier, India on Monday, Oct. 10, 2022, voted to reject Russia’s call to hold a secret ballot at United Nations General Assembly (UNGA) on a draft resolution to condemn Moscow’s “attempted illegal annexation” of four regions in Ukraine. Albania requested an open vote after Russia proposed a secret ballot on the resolution on Ukraine. India voted in favor of a procedural vote called by Albania. The Albanian proposal received 107 votes in favour, with 13 countries opposed to the vote and 39 abstentions. Twenty-four countries including China, Iran and Russia did not vote.

Albanian diplomat while dismissing the proposal said that “conducting secret ballot will undermine the practices of assembly.” Speaking first at the emergency meeting, Ukraine’s envoy Sergiy Kyslytsya told members states that he had already lost family members to Russian aggression. He said that around 84 missiles and around two dozen drones had deliberately targeted civilians and civilian infrastructure during Monday’s multiple attacks on Ukrainian cities, including schools and universities.

“The entire world has once again, seen the true face of the terrorist State that kills our people. Suffering defeats on the battlefield, Russia takes it out on the peaceful residents of Ukrainian cities,” he said.

The Ukrainian envoy said that voting for the draft resolution would be “for each country, for each of our citizens, for your families, for our children – a vote for justice”. He accused Ukraine of an act of terrorism in “sabotaging” Russia’s bridge to Crimea, adding that Russia could not stand by and let Ukraine act “with impunity”. This vote comes after Russia conducted large-scale strikes on the Ukrainian capital Kyiv and other locations on Monday, which drew condemnation from several countries.

UN chief Antonio Guterres said he was deeply shocked and represented “another unacceptable escalation” of the war. The strikes which have reportedly caused widespread damage to civilian areas and led to dozens of deaths and injuries showed that “as always”, civilians were paying the highest price for Russia’s invasion of February 24, the statement released by the UN Spokesperson added.

The General Assembly vote was triggered after Russia used its veto power to prevent action at the Security Council – the body in charge of maintaining international peace and security. As permanent members, China, the United States, France and the United Kingdom also hold vetoes on the council.  There have been calls for Russia to be stripped of its veto power after the Ukraine invasion.