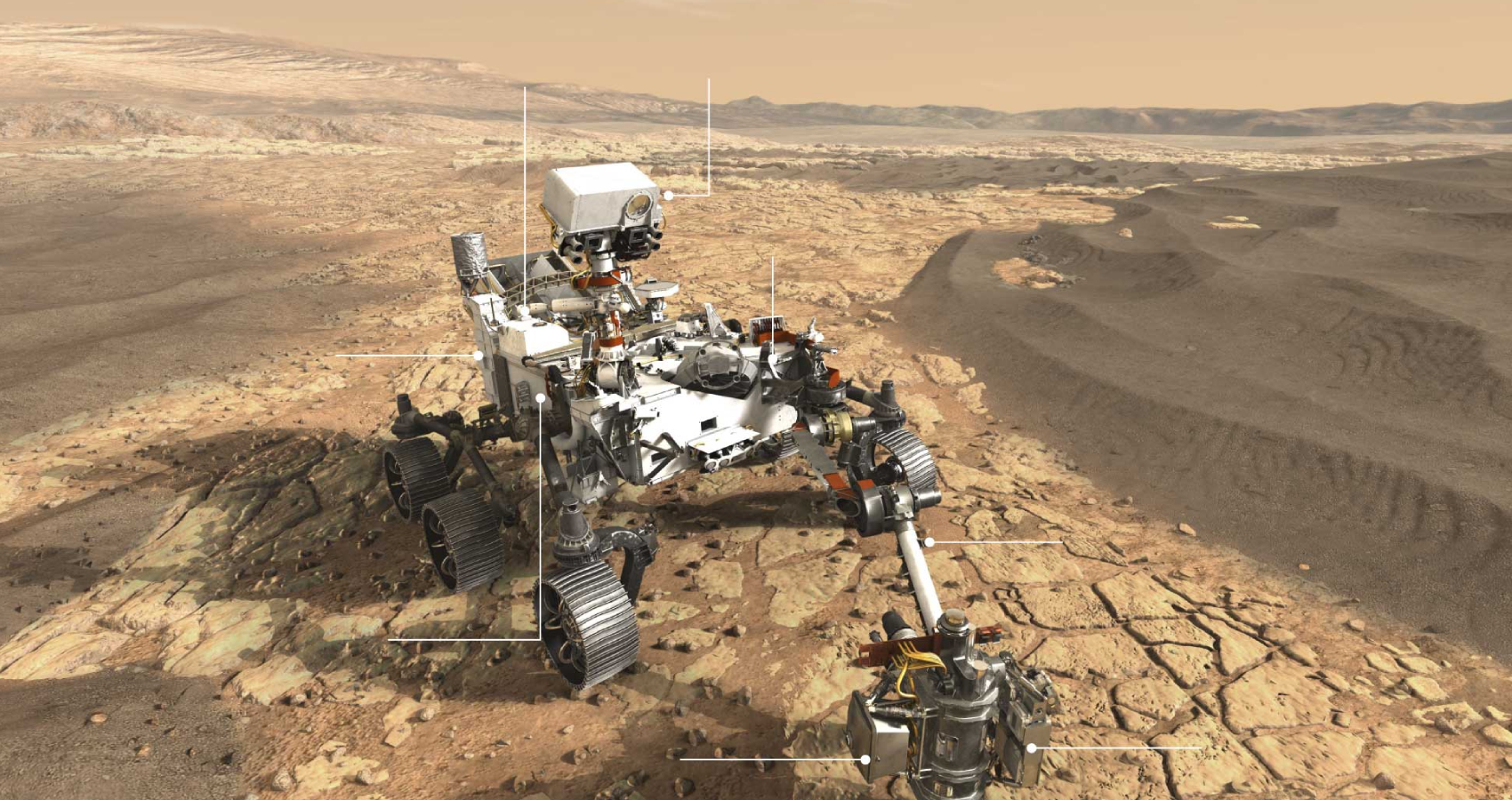 Nasa’s Perseverance, the most advanced robotic rover ever sent to Mars, touched down safely on an ancient lakebed in the Jezero Crater on the Red Planet on Thursday, seven months after it was launched from Florida. NASA dubbed the spacecraft’s descent and landing during a complex series of man oeuvres “the seven minutes of terror”.

The robotic vehicle sailed through space for nearly seven months, covering 293m miles (472m km) before piercing the Martian atmosphere at 12,000mph (19,000km/h) to begin its approach to touchdown on the planet’s surface.

The six-wheeled Perseverance, weighing about 1,025 kilograms, will search for signs of past organisms in the first life hunt conducted on the Martian surface since NASA’s twin Viking landers ceased operations in the early 1980s. Note: Perseverance is focused on life forms from the distant past.

Jezero Crater is a good bet, explains Space.com, as it has hosted a lake the size of Lake Tahoe long ago and also sports an ancient river delta. Perseverance will collect about 40 samples from promising sites and seal them inside special tubes. This material will then be brought back to Earth by a joint NASA-European Space Agency campaign, perhaps as early as 2031.

Perseverance’s payload also includes demonstration projects that could help pave the way for eventual human exploration of Mars, including a device to convert the carbon dioxide into pure oxygen. Such equipment, if scaled up, could help humanity get a foothold on Mars down the road, NASA said.

Another round of cheers and applause erupted in the control room as the images of the surface arrived minutes after touchdown. Partially obscured by a dust cover, the first picture was a view from one of the Perseverance’s hazard cameras. It showed the flat, rocky surface of the Jezero crater.

A second image taken by a camera on board the spacecraft showed a view from behind the rover of the Jezero crater. The rover appeared to have touched down about 32 metres (35 yards) from the nearest rocks.

“It really is the beginning of a new era,” Nasa’s associate administrator for science, Thomas Zurbuchen, said earlier in the day during Nasa’s webcast of the event.