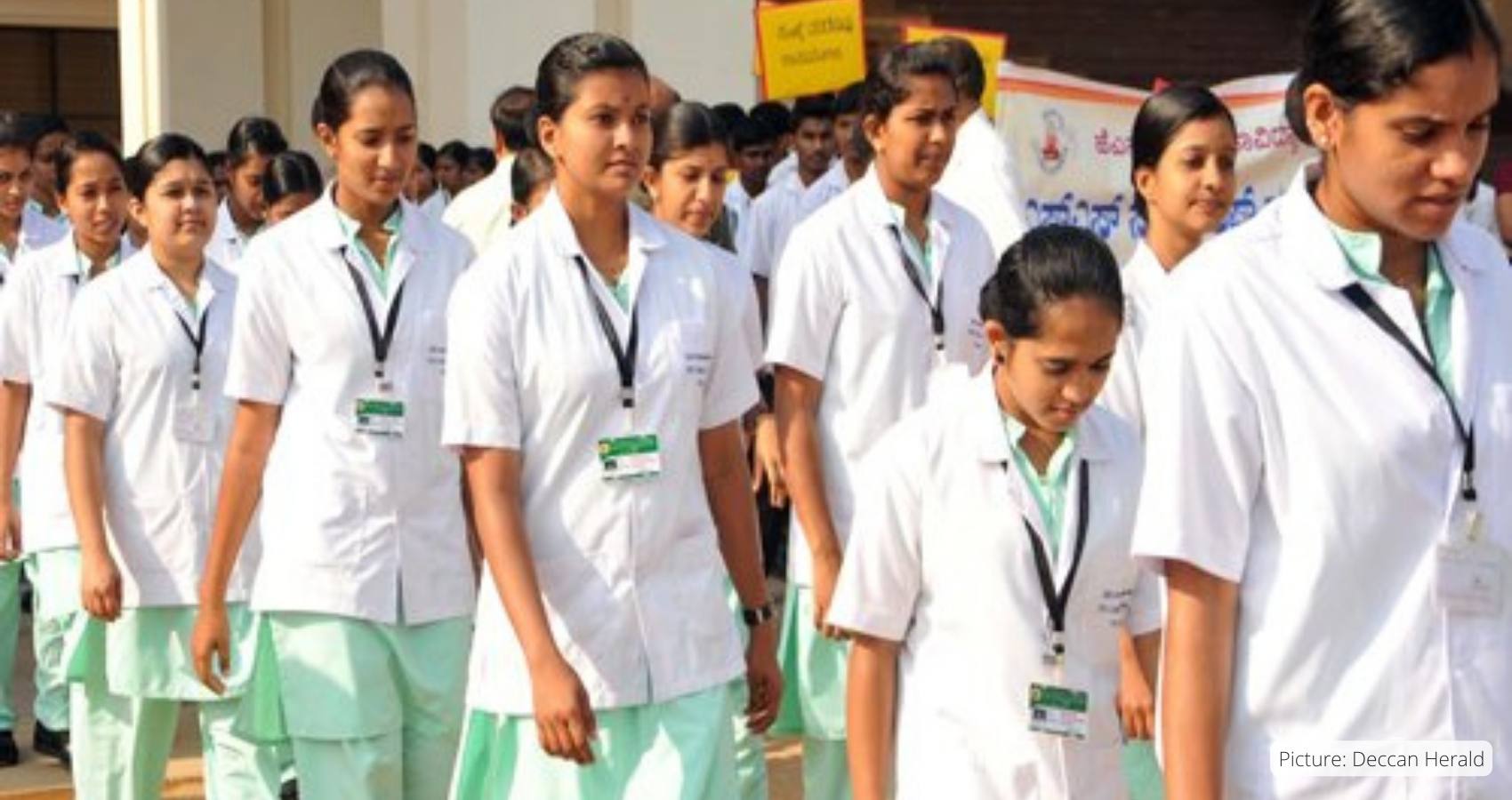 A FICCI report says nursing is becoming less desirable as a profession and is witnessing increased migration to foreign countries, which has left India facing one of its worst shortages of nursing staff in recent years

Following a lull over the course of the COVID-19 pandemic, government data now indicates a continued sharp rise in the demand for nurses trained in India from several countries, including Ireland, Malta, Germany, the Netherlands, Finland, the U.K. (Wales), and Belgium.

India ranks second after the Philippines in the number of nurses working overseas for better employment opportunities, higher salaries, and other benefits.

The sentiment is echoed by nurses — even those working in Central government hospitals in the national capital. “In India, working as a nurse is becoming challenging and less attractive with long duty hours and comparatively less pay. The growth prospects are also limited,’’ a staff nurse at a government hospital in Delhi, who did not want to be named, said.

According to the Indian Nursing Council’s 2021 annual report, India has 5,162 nursing institutes, of which 87% are privately managed and 13% are government-run institutes. The country has the annual capacity to train 1,92,679 diploma-holding nurses (auxiliary nursing midwifery or ANM, and general nursing and midwifery or GNM); 1,33,299 graduate nurses (B.Sc. and Post Basic B.Sc.), and 17,141 postgraduate nurses (M.Sc and Post Basic M.Sc.).

‘Strengthening Healthcare Workforce in India: The 2047 Agenda’, a report by the Federation of Indian Chambers of Commerce and Industry (FICCI), states: “Nursing is becoming less desirable as a profession and is witnessing increased migration to foreign countries, which has left India facing one of its worst shortages of nursing staff in recent years.’’

The report notes that nurses make up most of the employees in the healthcare industry and are essential for providing quality treatment to the patients, adding: “There is a great need for qualified nurses who are not only technically sound but also have specialised in various fields and are up to date on the most recent medical technology.”

In India, more than 60% of doctors and 50% of nurses/midwives are employed in the private sector. Also, while two-thirds of the country’s population is rural, only a third of the health workforce is available in rural areas, the report points out.