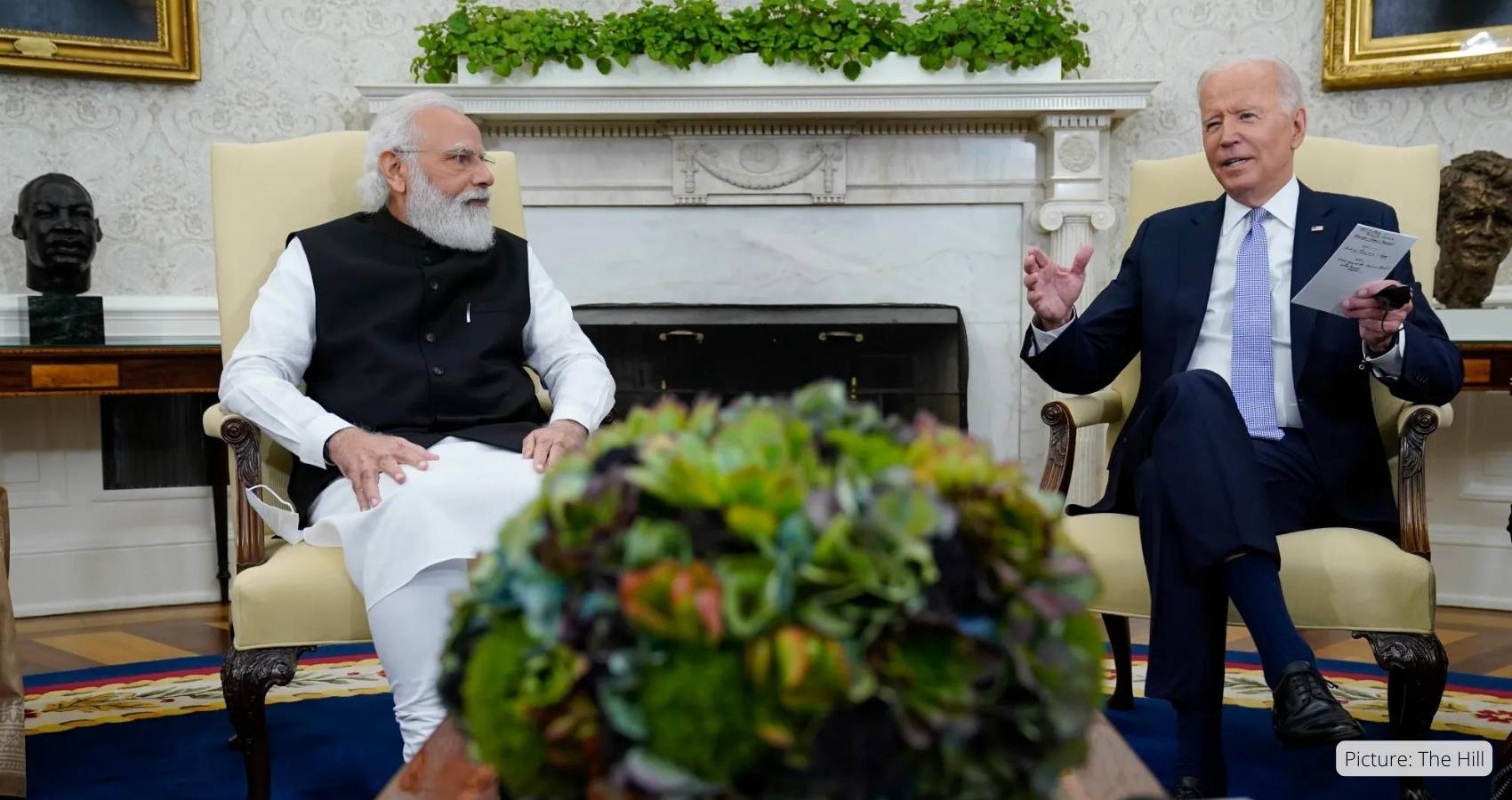 The United States-India relationship has transformed over 75 years, from one of simple recognition for their independence in 1947 to a period of mutual distance during the Cold War to a hyphenated connection to Pakistan during the 1980s and 1990s and finally to a “defining partnership for the 21st century” during the past two decades. It’s now time to fully implement the recently announced White House National Security Strategy based upon rapidly churning geopolitics, a universal recognition that India is an independent force and key player in solving world problems, and to effectively manage policy differences in the partnership when they threaten to divide us on the global stage.

India has radically changed from a country with little foreign policy confidence and even smaller opportunity to influence events outside their immediate neighborhood to a rapidly growing economy (fifth largest in the world), a forceful demographic dividend of a young, talented work force (the opposite of China), and a coveted partner around the world. India is the pivotal player on key transnational issues listed in the National Security Strategy, from climate change to COVID-19 to energy transitions to water policy. Where India lands on one of these issues can tip the balance of power toward the China-Russia axis or tilt it toward the American-European coalition. While the U.S. says it doesn’t want to carve the world into blocks of opposing sides, India can often set the stage and help build possible new coalitions of collaborators. Currently, the U.S. is in a precarious position of treating India too often like a permanent partner and always expecting cordial agreements and infinite consensus. We should show more flexibility such as we do with the “Quad” (including India, the U.S., Japan and Australia), propose more innovative initiatives like the Australia, United Kingdom and United States (AUKUS) partnership and broadening and deepening India’s inclusion in the Indo-Pacific Economic Framework on digital trade, artificial intelligence and cybersecurity issues. Implementing and executing on these proposals is a first-tier foreign policy priority.

Having lived in India, I’m aware their government is waking up each day to wrestle with immense domestic challenges and imminent outside threats to their existence. They must engineer the economy to elevate 290 million people out of poverty (a population almost equal to that of the entire United States) and provide affordable energy and food in an inflationary environment. Dealing with a population of 1.4 billion, India needs to create more than 8 million jobs per year to keep up with their growth. China is poised on their border building infrastructure into Indian territory, a nuclear-equipped Pakistan is next door going through volatile political and economic earthquakes, and Afghanistan presents a possible failed state on their doorstep. Iran and Russia are close neighbors. The U.S. has two wide oceans east and west to buffer direct military threats and two friendly partners to the north and south of its borders.

India and the U.S. could not experience more contrasting national security interests and perspectives of international politics, given these vastly differing geographical locations. We must respect India’s national security policies and anticipate how they will deviate from ours in various regional situations. In fact, we must expect these differences and diplomatically communicate them without allowing other countries to exploit differences or harm our healthy bilateral relations.

For example, India is purchasing inexpensive oil from Russia to help reduce energy costs for their citizens thereby cashing in on a decades-old relationship going back to their initial dependency on the former Soviet Union. The U.S. and its allies have imposed a sanctions regime against Russia for their invasion of Ukraine and are outraged that India would buy Russia’s available oil. This has become a tender sore point, especially on Capitol Hill and with American public opinion throughout the country. From a realpolitik perspective, we should refrain from too much overt criticism and privately work behind the scenes to assist India with the larger policy dilemma about how to begin a transition into a cleaner, green economy and achieve it with American technology and private sector trade. America needs to play this strategically for the long term — and not push India into the powerful gravitation of the China-Russia orbit.

Cooperating on climate change, exchanging scientific data and diversifying our supply chains (especially away from China) are common national security policies for both our countries. Cooperating on international climate change goals and carefully integrating some of our energy policy objectives will benefit both our respective economies. And more importantly, this provides significant leadership around the planet for partners working together and forming diverse coalitions, especially with African and Latin American nations. The U.S. and India should write the roadmap together for “green lending” finance programs, transitions to building infrastructure to withstand extreme weather and developing water preservation policies.

The United States and India are both experiencing the coercion and aggression of a more militaristic China. India has been brutally attacked by China on its border, has witnessed the South China Sea islands become weaponized, watched Taiwan being terrorized by Chinese military drills and has been surrounded by China’s construction of blue water navy ports. China’s “wolf warrior” behavior is actually pushing America and India ever closer together on their strategic security interests. There are numerous opportunities to expand our defense weapons sales and security cooperation, deepen the Quad to include more integrated intelligence sharing and submarine technology, as well as increase naval exercises in the Indo-Pacific Ocean domain.

India must be a top priority for American presidents and foreign affairs experts in implementing our foreign policy. The war in Ukraine cannot delay decisions or divert our attention from India priorities. China is also a high priority (named as a “global competitor” in the National Security Strategy), mainly because we must install guardrails and protections in the relationship. We need to manage and secure this relationship that is likely to decline in strategic cooperation — yet urgently requires safeguards against conflict or accidental war.

India, on the other hand, has so many common interests and goals with the U.S. that the new policies, if properly prioritized and successfully managed, point toward a highly engaged and hopeful future. This is especially true if we remember that serious policy disagreements with India are expected given their rich history and unique location and consequently should be calculated into our long-term strategic objectives.

There will be bumps in the road and severe challenges to accomplishing this new national security strategy. Even though Indian Prime Minister Narendra Modi castigated Russia President Vladimir Putin recently in a public meeting on the war in Ukraine, some claim it came too late.

The U.S. still does not have an ambassador in New Delhi more than 20 months into the Biden administration. And India is critical of U.S. F-16 fighter jet upgrades to Pakistan and the controversial departure from Afghanistan. Disagreements will flow in both directions.

Another pandemic will inevitably hit the world. Democracy will continue to face internal and external threats in both countries. Delivering educational opportunity and affordable health care will demand sharing best practices and safe technologies.

The Republic of India and the United States of America share the vision and values to solve many of these common problems of humanity. The world would directly benefit from their close cooperation and also learn from how these countries occasionally agree to disagree. That is the true art of the possible. (Courtesy: The Hill. Tim Roemer is the former U.S. ambassador to India and served in Congress as a Democratic representative from Indiana.)