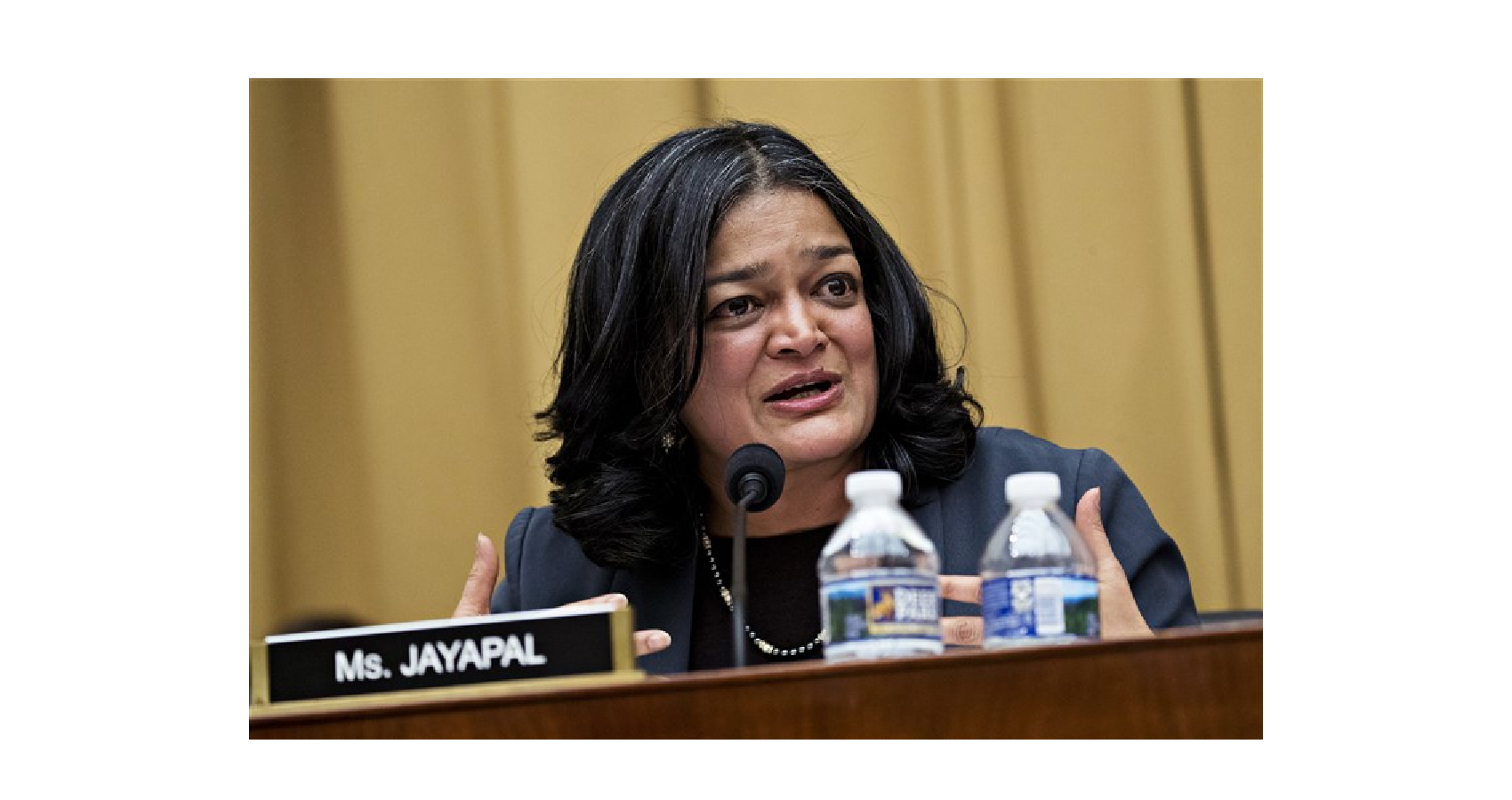 Indian American Congresswoman Pramila Jayapal, one of the top leaders of the progressive movement in the US Congress, has been in the back and front, effecting changes in a Democrat-controlled government after a decade of the party sharing power with Republicans.

Jayapal (D-Wash.), the chair of the Congressional Progressive Caucus, pushed President Joe Biden to push further on issues including student debt and insfrastructure bill, but said he overall has done “really well” on progressive issues.

After the passage of the $1.9 trillion COVID-19 relief package in mid-March, Jayapal has been preparing to reintroduce her Medicare for All Act. The central question for Jayapal and the left is how far Biden is willing to go. Biden doesn’t support Medicare for All—which is one of Jayapal’s signature policies—and he’s more moderate on most economic issues than Vermont Senator Bernie Sanders, whom Jayapal endorsed in the presidential primary. Nor does Biden so far support eliminating the filibuster, the Senate rule that effectively requires 60 votes to pass most legislation, which Jayapal and other progressives want to scrap.

But Jayapal says she has never been interested in replicating the antagonistic relationship between the right-wing House Freedom Caucus and Republican leadership that divided the GOP starting in 2015. Instead of acting as an “opposition” arm, she says she wants to be a “proposition” one: proposing the most progressive ideas possible and framing them in ways that can persuade her colleagues—and the President—to support them.

She says that model worked for Biden’s COVID-19 relief legislation. The American Rescue Plan looked a lot like what progressive members wanted, and Biden got there in part because of the careful negotiating by people like Jayapal.

Congresswoman. Jayapal, 55, who was born in India and came to the U.S. to attend college at Georgetown, got her start in politics as an activist in Seattle advocating for immigrants who experienced discrimination after the Sept. 11 terrorist attacks. She built the largest immigrant-rights organization in Washington State, formed diverse coalitions, and sued George W. Bush’s Administration over its deportation of Somali immigrants.

She has said that experience taught her that even tragedies can be opportunities for change. But after years of agitating from the outside, Jayapal is a bona fide insider. After two years in the Washington State senate, she was elected to Congress in 2016, and she spent her first years fighting President Donald Trump at every turn. Now, as the chair of the Congressional Progressive Caucus, she is one of the most influential officials of the Democrats’ left flank, and she has become a primary conduit between President Joe Biden and those in his party who think he’s an overly cautious centrist. Her journey from activist to powerful legislator was aided by an approach that melds progressive beliefs with pragmatic style—a combination that has won her respect from both Democratic camps.

Jayapal has kept in close contact with House and Senate leadership, and her team spoke to the White House legislative-affairs staff almost daily, she says. When a $15 minimum-wage increase fell out of the package because of Senate rules, some Democrats considered withholding their votes entirely. Jayapal helped persuade those members to support the deal, and it passed almost entirely along party lines. “Progressives have been sort of pushed to the margins so often in politics that I think we may have gotten used to that,” Jayapal says. “And so people are very inclined to say, ‘Oh, this happened again—we didn’t get everything we wanted.’” But she taught her colleagues to realize, “We should take the win.”

It’s the strategy Jayapal plans to pursue on other policies—while still trying to bring Biden further left behind the scenes. Biden called Jayapal after the relief package passed to thank her for her help, she says, and while she thanked him for his leadership on the law in return, she also told him she still wants to see the minimum wage increased.

“This is not a normal time. We’re trying to act like it’s normal,” Jayapal said. “I have only limited tolerance for a Republican party that wrings its hands and talks about unity and moving forward. We had an insurrection where their leader of their party incited that insurrection and many of them continue to support him.”

Health care is an important area to Jayapal. She co-chaired the health care unity task force that Biden and Sanders established last summer, and she wants Biden to adopt the proposals they agreed to, including lowering the Medicare eligibility age and adding aggressive drug-pricing powers. “I have raised it now to everyone that I’ve had the opportunity to speak with,” she says.

She knows none of her goals is going to be easy to accomplish, and time is short, with Republicans gunning to take back the House in 2022. But she is energized, and during difficult days she draws on the lessons from those early years of her career defending immigrant rights.