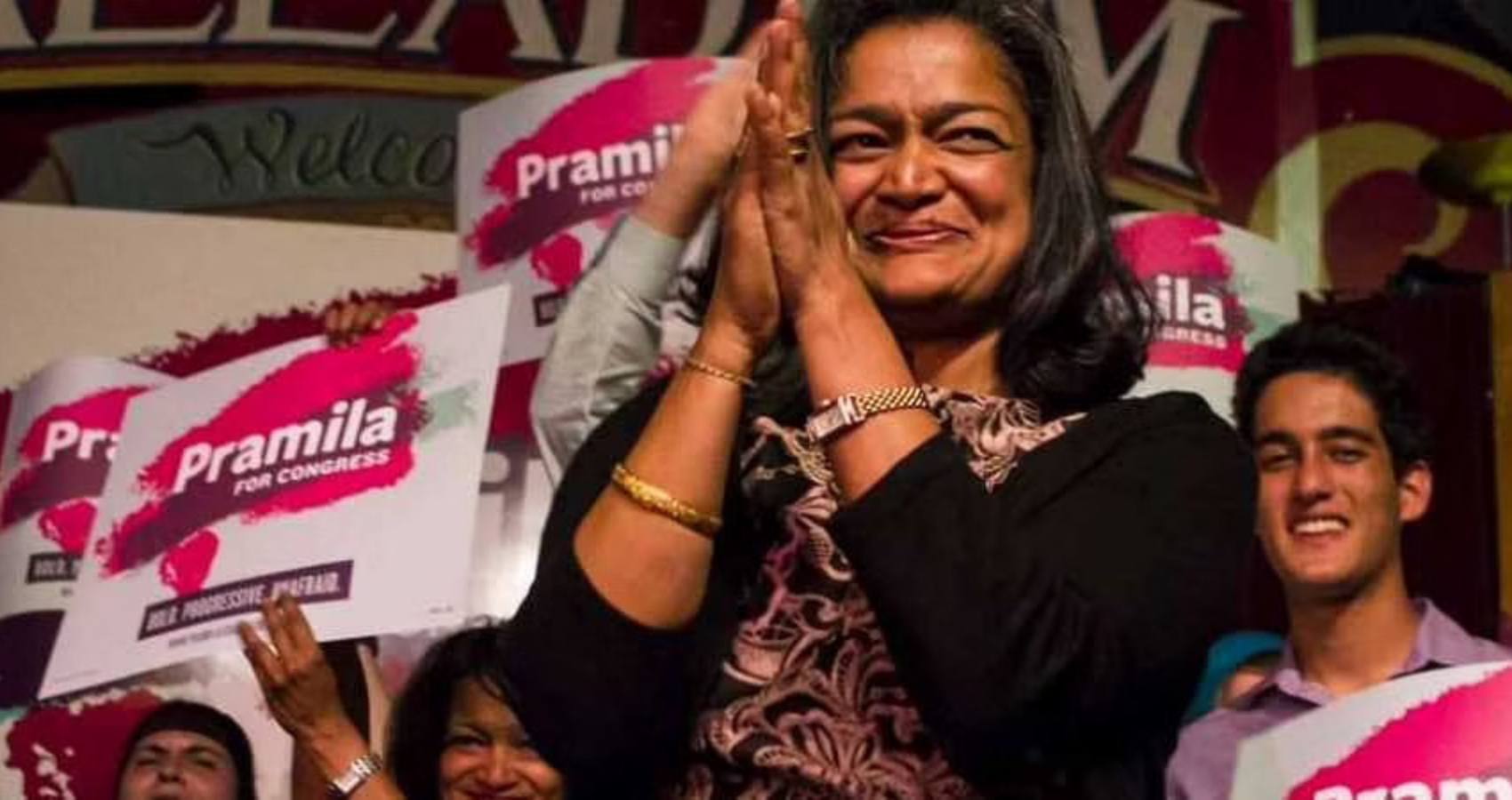 “With your help and advocacy, we will pass this Bill in the Full House next month,” Congresswoman Pramila Jayapal told delegates of the American Association of Physcians of Indian Origin (AAPI) during the 40th annual Convention held in San Antonio, TX on Saturday, June 25th, 2022. While expressing gratitude and appreciation to the physical fraternity for being in the frontline, especially during the Covid Pandemic, the first ever woman Congress Representative of South Asian Origin, Rep. Jayapal, who is the Chair of Democratic Caucus said, “One of the legislations I have been very passionate about has been the Bill I had introduced in the Congress, South Asian Heart Health Awareness and Research Act,” which has now been  passed by the subcommittee of the US House Energy and Commerce Committee, and she was hopeful that will pass the full House next month.

“As the first South Asian American woman ever elected to the House of Representatives, I am fully committed to not only raising awareness and educating the South Asian community about the risk factors for heart disease but also ensuring that those living with heart disease receive the care, treatment, resources and support they need,” said Congresswoman Jayapal. “I am proud that this urgently necessary legislation passed committee and I won’t stop fighting until it becomes law.” 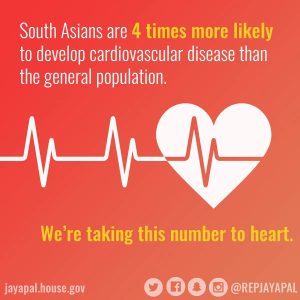 Heart disease is the number one Global Public Health problem. South Asians are at a four-times greater risk of heart disease than their western counterparts and have a greater chance of having a heart attack before 50 years of age, says a . Heart attacks strike South Asian Men and Women at younger ages, and as a result, both morbidity and mortality are higher among them compared to any other ethnic group. They tend to develop heart disease ten years earlier than other groups.”

Dr. Ravi Kolli, the new President of AAPI, pointed out, “While South Asians make up only 23% of the global population, they account for 60% of all heart disease cases. And, tragically, the mortality rate for heart disease is a staggering 40% higher among South Asians. South Asian Americans are four times more likely to suffer from heart disease than most people, and experience heart problems nearly decade earlier on average.”

Among the many issues, AAPI has been focused on in recent times, Dr. Anupama Gotimukula, immediate past President of AAPI, said, “Creating awareness about this major health issue among South Asian Americans has been a major task undertaken by several not-for-profit organizations, including the American Association of Physicians of Indian Origin (AAPI), the largest ethnic medical organization in the United States.”

Dr. Kolli thanked Congresswoman Pramila Jayapal for her efforts in introducing the critical legislation, South Asian Heart Health Awareness and Research Act, which has now passed the subcommittee of the US House Energy and Commerce Committee on May 11 and is now set to advance to the full House and for working with her colleagues to ensure its passage.

As per the Bill, the Centers for Disease Control and Prevention must award grants to states for awareness initiatives, educational materials, and research catalogs regarding the prevalence of heart disease, including the association of type 2 diabetes, with respect to the South Asian population and other at-risk populations. The bill would raise awareness about the alarming rate of heart disease in South Asian communities in the United States while investing in strategies to reverse this deadly trend.

Studies have shown that South Asians in the United States—people who immigrated from or whose families immigrated from countries including India, Pakistan, Bangladesh, Sri Lanka and Nepal—are experiencing a dramatic rise in heart disease. South Asians make up 25 percent of the world’s population but 50 percent of global cardiovascular deaths. Additionally, South Asian Americans are four times more at risk of developing heart disease than the general population, have a much greater chance of having a heart attack before age 50 and have emerged as the ethnic group with the highest prevalence of Type 2 diabetes, which is a leading cause of heart disease.

Representative Jayapal’s legislation would do the following: