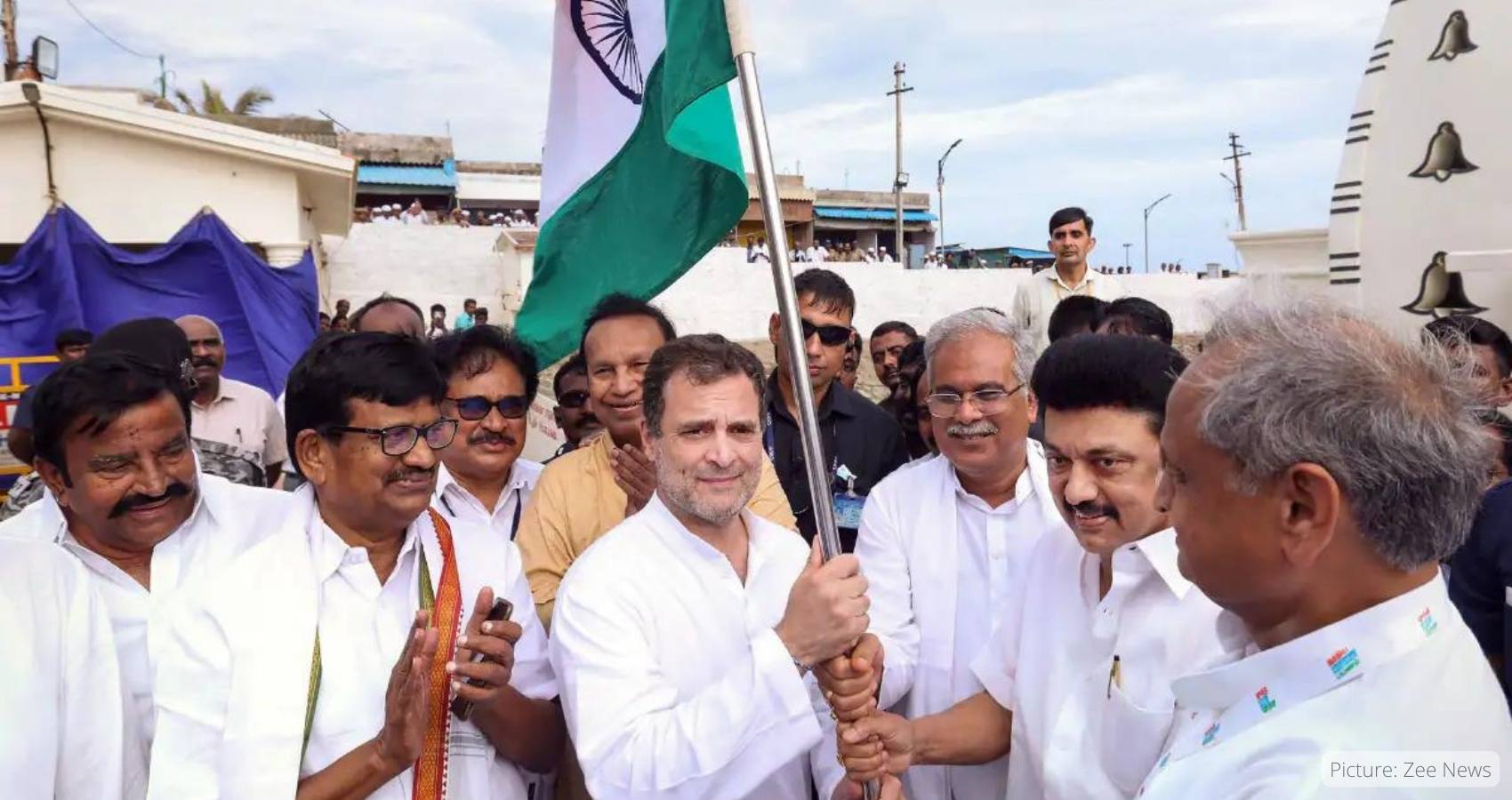 Rahul Gandhi, former President of Congress Party-led Bharat Jodo Yatra, launched on September 7th, 2022 at Kanniyakumari, the southern tip of India has completed a month, having covered a distance of over 700 kms across Tamil Nadu, Kerala and Karnataka.

Congress Party said in a series of tweets that the former party chief made the “first call to unite India” when he launched the Yatra on September 7 from Kanyakumari in Tamil Nadu. The party also shared several videos of the Yatra as well as people joining Gandhi on his journey. On Saturday, Gandhi stated that the goal of the Bharat Jodo Yatra was to unite the people of the country rather than to fight “violence and hatred” spread by the BJP-RSS.

Starting the Karnataka leg of the padayatra by walking alongside a young girl dressed as Bharat Mata (Mother India) at Mandya district, Mr. Gandhi was joined by the late Gauri Lankesh’s mother, Indira, and sister in the evening. 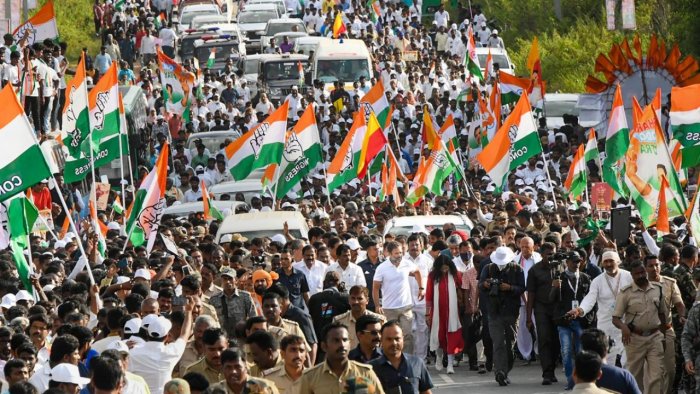 “Gauri stood for Truth. Gauri stood for Courage. Gauri stood for Freedom. I stand for Gauri Lankesh and countless others like her, who represent the true spirit of India. Bharat Jodo Yatra is their voice. It can never be silenced,” Mr. Gandhi tweeted while sharing the picture of him walking with Ms. Indira, holding her hand.

In the next 120 days, the Congress is not only hoping that the padayatra would become a path to its political revival revival by raising issues like inflation, unemployment and communal polraisation through ‘divisive’ politics but also repackage Mr. Gandhi as a people’s politician.

The Congress has carefully showcased the compassionate side of Mr. Gandhi by sharing images of him tying the shoe laces of his mother and party chief Sonia Gandhi, delivering a speech in Mysuru despite a heavy downpour and enthusiastic interactions with youngsters in the past 30 days.

Apart from the image make-over, the party has also aimed to bring together different factions in States like poll-bound Kerala.

“We are on the roads, on the streets, we are fighting the BJP. We are taking the battle to their camp. We are raising issues. We are not reacting. Now, the BJP is reacting to us and that I think is the greatest contribution of the yatra. It’s psychological rather than electoral,” Mr. Ramesh added.

In a tweet, the grand old party of India stated: “It was our resolve to question the fascist govt. Within a month, it has truly taken shape of a large-scale movement. Across states, similar Yatras are taking shape. It will go down in history as a pivot in Indian politics. This is only the beginning.”