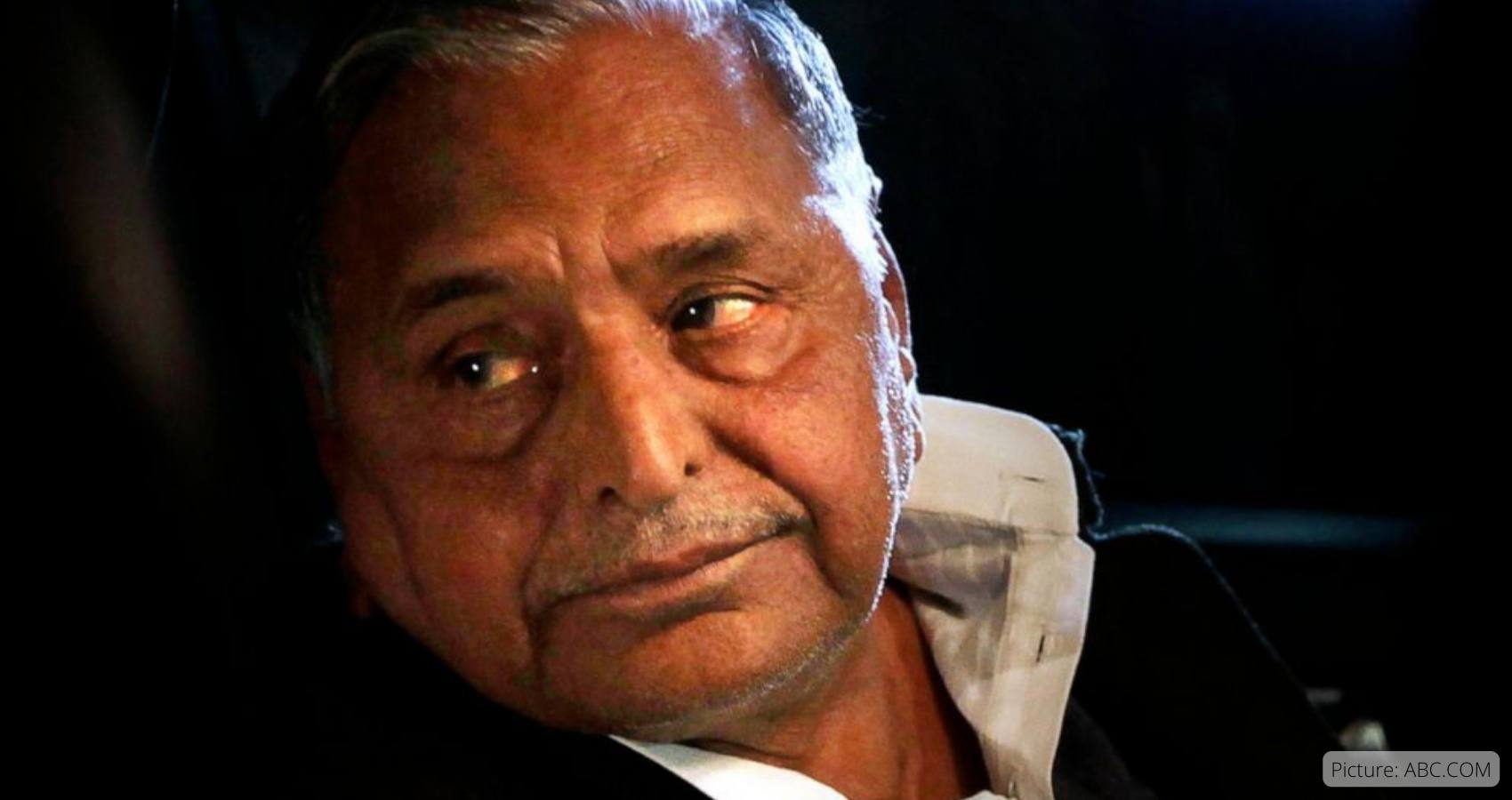 Mulayam Singh Yadav, India’s former defense minister and a veteran socialist leader, founder of  Samajwadi Party, three-time chief minister of India’s largest state of Uttar Pradeshdied in Gurugram on Monday, October 10, 2022 after a prolonged illness. Yadav was 82 and was on life support for a week. He was admitted to the Medanta hospital in Gurugram on August 22.


The 82-year-old Samajwadi Party patriarch was facing difficulty in breathing and was under the supervision of an internal medicine expert at the Medanta Hospital, as per sources. Singh was suffering from a urinary infection as well, hospital sources had said. On Sunday, Medanta Hospital had put out a health bulletin stating that the veteran leader’s condition was quite critical and that he was on life-saving drugs.

His mortal remains will be taken to his native village Sefai in Etawah in Uttar Pradesh later on Monday. Meanwhile, thousands of supporters gathered outside the Medanta hospital in Gurugram, grieving Yadav’s death.  In a tweet, his son Akhilesh Yadav said, “My respected father and everyone’s leader is no more.”

The founder of the Samajwadi Party was admitted to the Intensive Care Unit (ICU) of Medanta hospital in Gurugram on October 1, with breathing problems and was later shifted to the ICU of the hospital due to his critical condition. He was later placed on life-supporting drugs.

Yadav, a three-time chief minister of India’s most populous Uttar Pradesh state, was a former wrestler who rose in politics in the 1980s when a federally appointed commission set up to identify the “socially backward classes” in the country led to a nationwide agitation. It was during these protests Yadav emerged as a socialist leader by defending the demands of the so-called backward castes and religious minorities.

In 1990, when Yadav was Uttar Pradesh state’s chief minister, he ordered police firing on Hindu protesters in the northern Ayodhya city when they were marching towards the 16th-century Babri mosque to reclaim it as a grand temple for the Hindu god Ram. At least 16 people were killed in police action.

When the mosque was eventually razed to the ground by Hindu mobs in 1992, sparking massive communal violence across India, Muslims credited Yadav for having saved it two years before. The community became his party’s major voting bloc.

A year later, he became the state’s chief minister for the second time after stitching an alliance with a regional party after Modi’s Bharatiya Janata Party was gaining ground on the back of Hindu nationalism. In 1996, Yadav rose to national prominence when he became India’s defense minister in a United Front coalition government.

The news of the death was met with howls of grief and tears from the crowd of supporters outside the hospital. Prime Minister Narendra Modi led the tributes, tweeting that Mulayam Singh Yadav’s death had left a huge loss in Indian politics.

Former Prime Minister Manmohan Singh condoled Yadav demise and called him an icon of the socialist movement. He wrote a letter to Akhilesh Yadav and expressed grief: “He was a leader of high esteem who was respected by everybody irrespective of party lines. He was an Icon of the Socialist Movement and had been elected to the Uttar Pradesh State Assembly and to the Lok Sabha several times. He served as the Chief Minister of Uttar Pradesh and also Union Minister many times. He was a great Parliamentarian and a distinguished administrator who devoted his whole life to the service of the poor and other backward communities.”

He added, “My wife joins me to convey to you and other members of your family our deepest condolences on this sad occasion. May God give all of you the strength to bear this great loss with courage and fortitude,” he added.

President Murmu in a tweet in Hindi described Yadav as a tall grassroots level leader who rose to prominence from a simple background. She described the former defense minister as a leader with extraordinary abilities and said that his demise was a “great loss” to the nation.

Prime Minister Narendra Modi said he was pained by Yadav’s demise and recalled his long association with the socialist leader. “I had many interactions with Mulayam Singh Yadav Ji when we served as Chief Ministers of our respective states. The close association continued and I always looked forward to hearing his views. His demise pains me. Condolences to his family and lakhs of supporters. Om Shanti,” he tweeted.

“He was widely admired as a humble and grounded leader who was sensitive to people’s problems. He served people diligently and devoted his life towards popularising the ideals of Loknayak JP and Dr. Lohia,” the Prime Minister wrote further.

Minister for Road Transport and Highways Nitin Gadkari offered his condolences to Yadav’s family and recalled that he personally received lots of affection from the departed leader.
Gadkari said that he got Yadav’s full support for his policy initiatives on regularising e-rickshaws in the country.

Former Defense Minister A.K. Antony of the Congress said Yadav, who had served in the same portfolio before him, was a far-sighted politician and statesman. “Even though Yadav was the Defense Minister for a brief period, none can forget his far sightedness as during every discussion on defence in Parliament, he had just one thing to say ‘be wary of China’, if not, it will be difficult to tackle. See how right he was,” the country’s longest serving Defense Minister said.

A teacher by profession and a trained wrestler, Yadav belonged to a family of farmers with no political background. He became influenced by the writings of socialist Ram Manohar Lohia.

In his long career, Yadav was known to have allies on all sides of the political spectrum and was often projected as a candidate for the job of India’s prime minister.  Even though he never came close to becoming the prime minister, his party remained a major partner to many coalition governments, as Uttar Pradesh sends the highest number of lawmakers to the lower house of India’s parliament.

In 2012, Yadav handed the charge of his political party to his son, who became the state’s chief minister for five years. Yadav will be remembered by as a “soldier for democracy” and a “grassroots leader” who stood for a secular India.