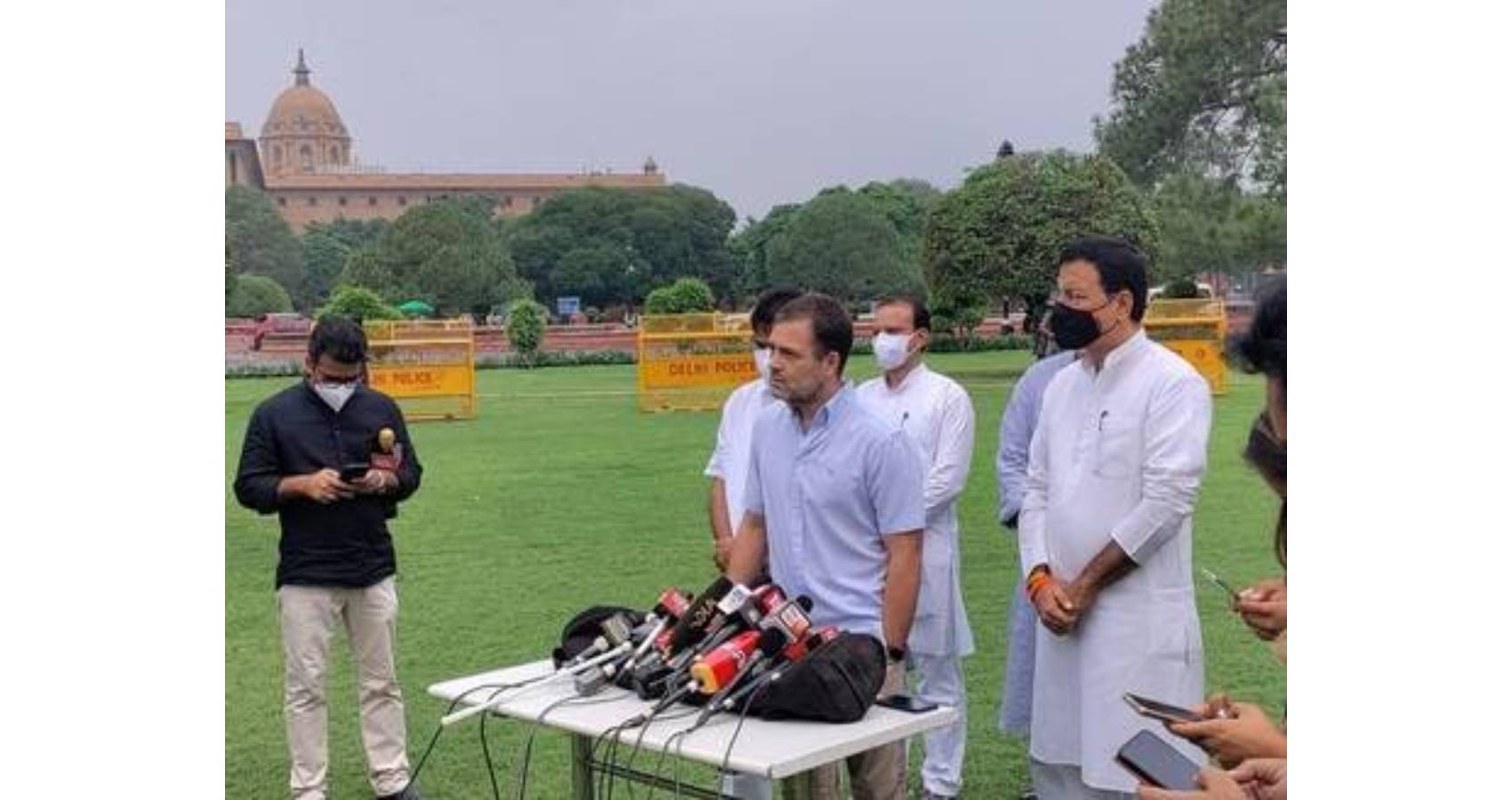 Congress leader Rahul Gandhi has accused Prime Minister Narendra Modi of “treason”, called for the resignation of Union Home Minister Amit Shah, and demanded a judicial probe into allegations of surveillance using Pegasus spyware. Gandhi’s name has been featured in the list of potential targets. On Friday, Gandhi claimed all his phones were being tapped. “Pegasus is classified by the Israeli state as a weapon, and that weapon is supposed to be used against terrorists. The Prime Minister and the Home Minister have used this weapon against the Indian state and our institutions. They have used it politically, they have used it in Karnataka,” Gandhi told reporters. “The only word for this is treason.” 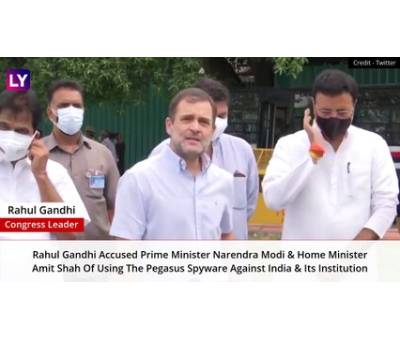 Pegasus took center stage in Parliament, leading to repeated adjournments of both Houses Gandhi’s name has been featured in the list of potential targets. Phones of at least five of Gandhi’s close friends and aides, including AlankarSawai and Sachin Rao, were also identified as potential targets using the spyware.

Two numbers belonging to Gandhi were picked as candidates for possible surveillance, media reports said. Gandhi claimed all his phones were being tapped. Responding to Gandhi’s remarks, the Bharatiya Janata Party said the Congress leader should “submit his phone to a probe agency if he thinks it was tapped”. BJP spokesperson RajyavardhanRathore claimed the Congress was using the issue to stall Parliament.

The government has maintained that the media reports around the Pegasus spyware are intended to malign the country, as part of an “international conspiracy.” Whereas, several Opposition leaders have ramped up their protests against the alleged surveillance, leading to the adjournment of the monsoon session multiple times and the suspension of TMC MP Shantanu Sen. A list of 300 Indians and 50,000 people worldwide was released in a global collaborative investigation, spearheaded by French journalism nonprofit Forbidden Stories and Amnesty International. The presence of an individual’s phone number in the data set accessed by the group, however, is not evidence of hacking, which can only proved by a forensic analysis of the corresponding device.