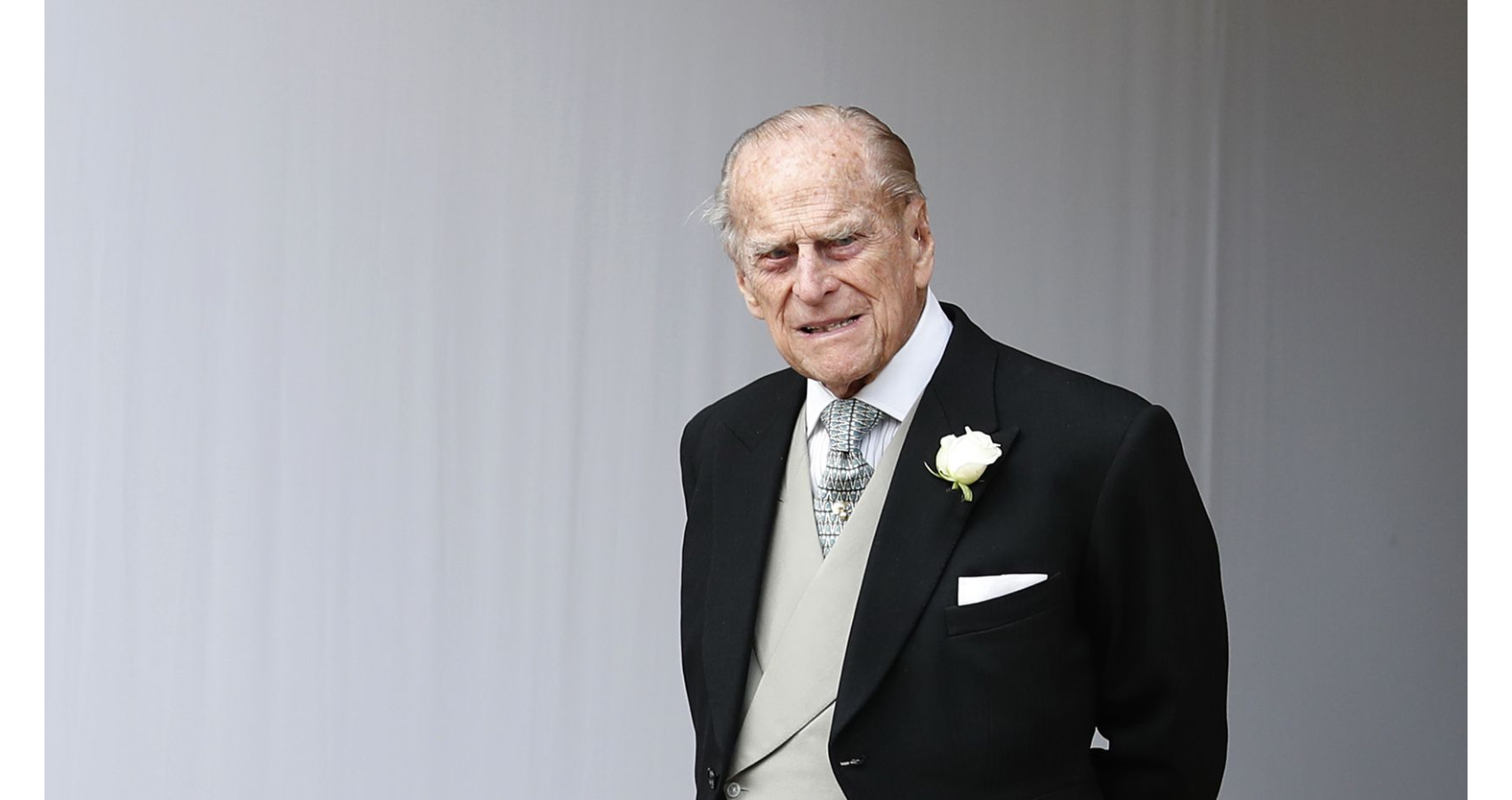 Prince Philip, The Duke of Edinburgh, husband of Queen Elizabeth II, father of Prince Charles and patriarch of a turbulent royal family that he sought to ensure would not be Britain’s last, died on Friday April 9th at Windsor Castle in England. The  99 old will go down in history as the one who had brought the British monarchy into the 20th century.

As “the first gentleman in the land,” Philip tried to shepherd into the 20th century a monarchy encrusted with the trappings of the 19th. But as pageantry was upstaged by scandal, as regal weddings were followed by sensational divorces, his mission, as he saw it, changed. Now it was to help preserve the crown itself.

Though his ancestry could be traced back to Queen Victoria, Prince Philip’s family was in fact spread out over all of Europe and was testimony of widespread intermarriages between royal families in the 18th and 19th centuries.

Much has been said about the extraordinary life led by the Duke after he gave up on his career in the Royal Navy at the age of 29 to marry the Queen and assist her in royal duties. Prince Philip’s early life though was a far more turbulent one involving the exile of his father from Greece, the break down of his parents’ marriage, the marriage of his sisters to men who had associations with the Nazi party in Germany, his mother being diagnosed with Schizophrenia and being placed in an asylum and the young prince being passed around relatives for much of his childhood.

In an interview to CBC news in 2012, royal historian Carolyn Harris had noted, “In marrying the Queen, [Philip] gained that sort of stable home life that he didn’t have when he was younger.” The prospect of a 21-year old Elizabeth marrying Philip was in fact not taken well in Buckingham Palace, with many hoping that the queen would rather marry a pure Englishman than a foreign prince.

The label of a ‘foreign prince’ was a product of the fact that the Duke was born in the Greek island of Corfu, as the prince of Greece and Denmark. Though his ancestry could be traced back to Queen Victoria, Prince Philip’s family was in fact spread out over all of Europe and was testimony of widespread intermarriages between royal families in the 18th and 19th centuries.

“Prince Philip can claim kinship with the whole compass of European royalty: kings, emperors, kaisers, tsars. Include his sisters and his cousins and his aunts (princesses, admirals, grand duchesses) and it is the cast of a comic opera,” writes author and politician Gyles Brandreth in his book, ‘Philip and Elizabeth: Portrait of a Marriage’. 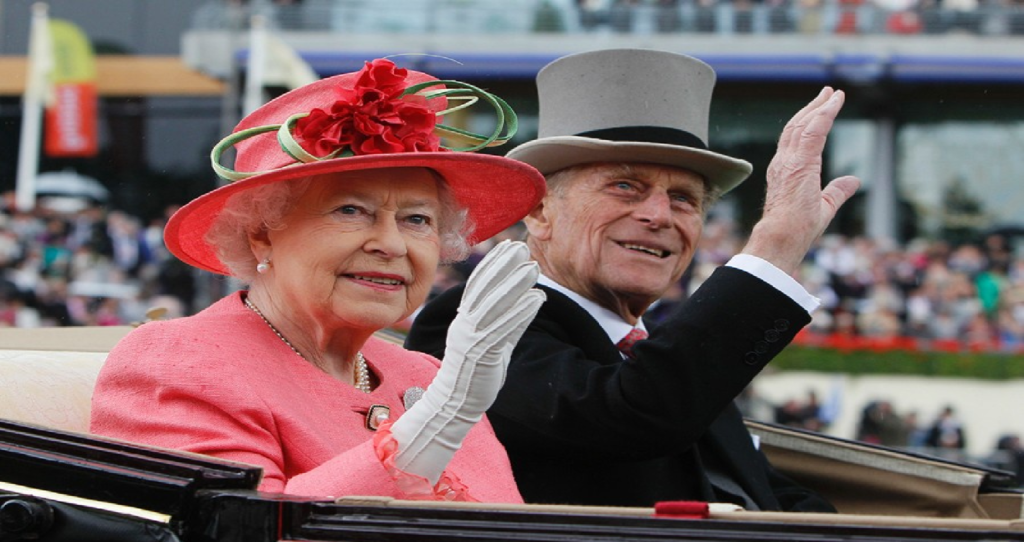 Prince Philip was the only son and the last child of Alice and Andrew. He was born in June 1921 at the Greek island of Corfu in a villa named Mon Repos which the couple had inherited from Andrew’s father, king George.

In 1922, when the Greeks lost out to the Turks in the Graeco-Turkish war, Philip’s uncle who was then the king of Greece was forced to abdicate. Prince Andrew and his family too was banished from Greece for life. Prince Philip was still a baby when he was carried out of the country in a cot made out of a fruit box. The family settled down in Paris, but only for a very brief while.

In the course of the next three years, the mental health of Philip’s mother deteriorated and she was put in an asylum; his father went off to Monte Carlo to live with his mistress and his four sisters were married and left for Germany. As Jonny Dymond of the BBC writes, “In the space of 10 years he had gone from a prince of Greece to a wandering, homeless, and virtually penniless boy with no-one to care for him.”

Later, he went on to study at Cheam School in England, where he lived with his maternal grandmother, Victoria Mountbatten. He later went to Gordonstoun, a private school on the north coast of Scotland, where he was famously put under a strict discipline.

By 1939, when Philip met and fell in love with Elizabeth, he had given up on his Greek and Danish titles and taken on the surname ‘Mountbatten’ from his mother’s side, and had become a naturalised British subject. A well known episode of Philp and Elizabeth’s marriage is that of the former insisting his children adopt the surname Mountbatten, so as to put the name on British monarchy. But that was not to be. “I am nothing but a bloody amoeba. Am I the only man in this country not allowed to give his name to his own children?” he had thundered in response to the decision.

Philip’s public image often came dressed in full military regalia, an emblem of his high-ranking titles in the armed forces and a reminder of both his combat experience in World War II and his martial lineage: He was a nephew of the war leader Lord Mountbatten.

Many saw Philip as a mostly remote if occasionally loose-lipped personage in public, given to riling constituents with off-the-cuff remarks that were called oblivious, insensitive or worse. To a Black British politician he was quoted as saying, “And what exotic part of the world do you come from?”

Philip presided over the Coronation Commission, and in 1952 the new queen ordained that he should be “first gentleman in the land,” giving him “a place of pre-eminence and precedence next to Her Majesty.” Without this distinction, Prince Charles, who was named Duke of Cornwall and later Prince of Wales — the title traditionally given to the heir to the throne — would have ranked above his father.

Philip was a sportsman. He was captain and mainstay of the Windsor Park polo team. When he turned 50, troubled by arthritis and liver problems, he curtailed his playing and turned to carriage racing. He also started painting.

His life spanned nearly a century of European history, starting with his birth into the Greek royal family and ending as Britain’s longest serving consort during a turbulent reign in which the thousand-year-old monarchy was forced to reinvent itself for the 21st century.

He was known for his occasionally deeply offensive remarks — and for gamely fulfilling more than 20,000 royal engagements to boost British interests at home and abroad. He headed hundreds of charities, founded programs that helped British schoolchildren participate in outdoor adventures, and played a prominent part in raising his four children.

Philip is survived by the queen and their four children — Prince Charles, Princess Anne, Prince Andrew and Prince Edward — as well as eight grandchildren and 10 great-grandchildren.