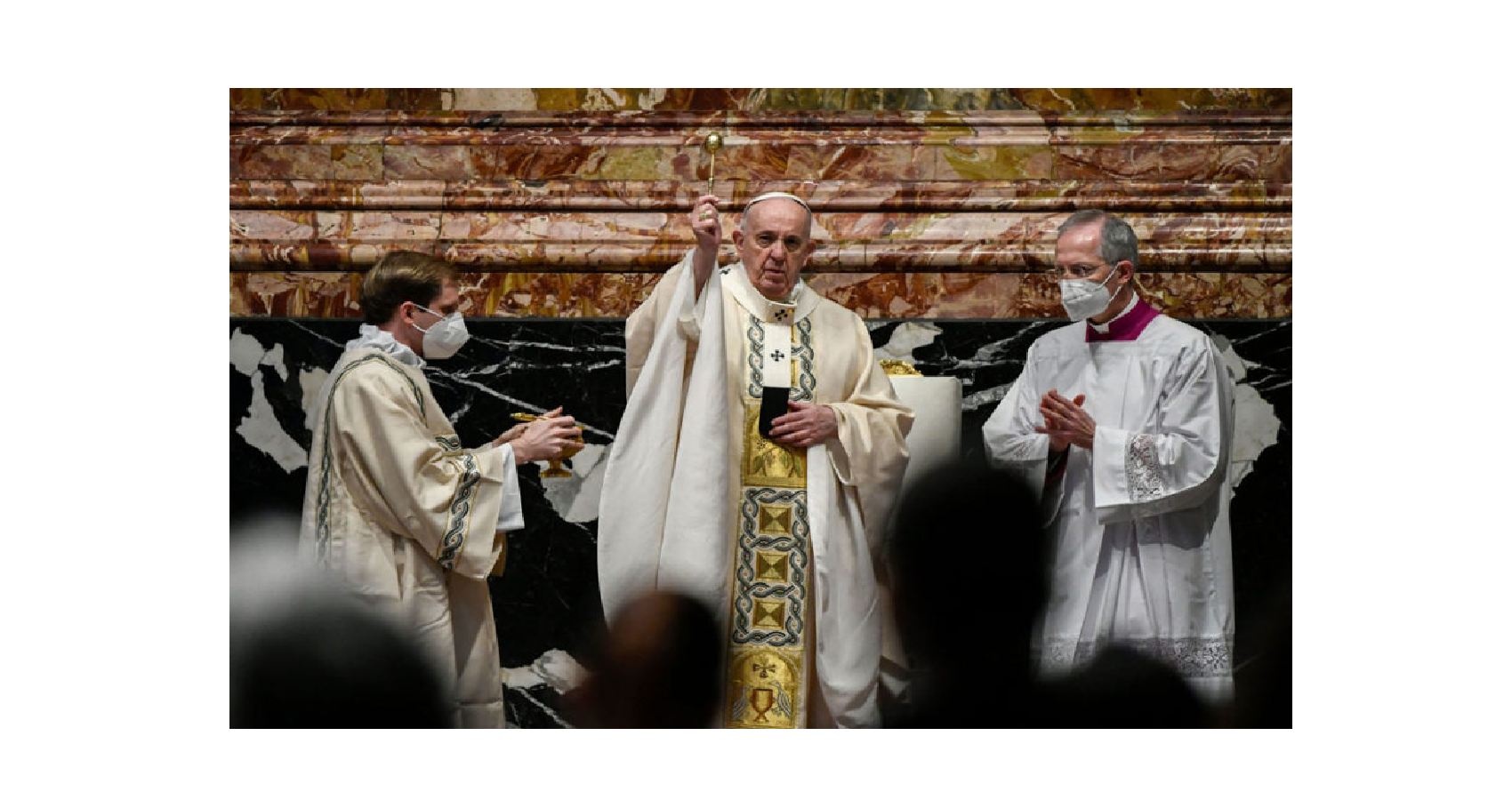 Pope Francis in a message for Easter said he hoped the pandemic would to come to an end and that the world could “begin anew.” Francis said that this year’s Easter season came with the hope of renewal.

Pope Francis on Saturday issued a message ahead of the Easter holiday during which he said he hoped the pandemic would to come to an end and that the world could “begin anew.” During an Easter vigil service at St. Peter’s Basilica at the Vatican, Francis said that this year’s Easter season came with the hope of renewal, according to Reuters.

The pared-down Easter service was the second of its kind due to the pandemic. All papal services were attended by about 200 people, according to the wire service. Usually, around 10,000 people fill the church.  “In these dark months of the pandemic, let us listen to the Risen Lord as he invites us to begin anew and never lose hope,” Francis said, according to Reuters. 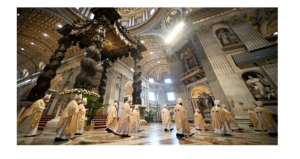 Francis presided over the ninth Easter service of his pontificate in the secondary altar of St. Peter’s Basilica and began two hours ahead of the usual schedule in order for congregants to be able to return home in time for Italy’s 10 p.m. curfew. The country is currently under strict lockdown in order to curb the rise in coronavirus cases.

“[God] invites us to overcome barriers, banish prejudices and draw near to those around us every day in order to rediscover the grace of everyday life,” Francis said, according to the news outlet.

The Pope also encouraged those listening to his message to care for people who have been cast to the fringes of society, mentioning Jesus’s model of loving people who were “struggling to live from day to day.”

Pope Francis has urged countries in his Easter message to speed up the distribution of Covid-19 vaccines, particularly to the world’s poor, and called armed conflict and military spending during a pandemic “scandalous”.

Coronavirus has meant this has been the second year in a row that Easter papal services have been attended by small gatherings at a secondary altar of St Peter’s Basilica, instead of crowds in the church or in the square outside.

After saying mass, Francis read his Urbi et Orbi, “to the city and the world” message, in which he traditionally reviews global problems and appeals for peace.

“The pandemic is still spreading, while the social and economic crisis remains severe, especially for the poor. Nonetheless, and this is scandalous, armed conflicts have not ended and military arsenals are being strengthened,” he said.

Francis, who would normally have given the address to as many as 100,000 people in St Peter’s Square, spoke to fewer than 200 in the church while the message was broadcast to tens of millions around the world.